Join our growing community as you explore, play, and help craft the future of social VR. Create worlds and custom avatars. Welcome to VRChat.
Visit the Store Page
Early Access Game
Get instant access and start playing; get involved with this game as it develops. Learn more.
Most popular community and official content for the past week.  (?)
VRChat 2022.2.2 - The Security Update
Jul 26
VRChat 2022.2.2 is now Live and includes our implementation of Easy Anti-Cheat (EAC) as well as Secure Instances.

Since the announcement yesterday in our Discord, we’ve gotten a LOT of feedback from all of you regarding the incoming 2022.2.2 VRChat update that integrates Easy Anti-Cheat.

We are reprioritizing, reorganizing, and changing our internal development roadmap to focus on the feedback you’ve given us.

Let’s follow that up with the hard part: we are going to be releasing this update, and we do not have plans or intent to revert or roll it back.

However, we hear you and see you saying that many of the modified client features that are being lost due to this are extremely important to you, or in some cases allow you to use VRChat at all, when in regards to modifications that added accessibility features that VRChat currently lacks.

Addressing these concerns and feedback is our highest priority. We are changing our internal development roadmap and priorities to focus on the features and additions that you want. Currently ongoing projects are being paused, rescheduled, or re-prioritized, and resources are being re-allocated to account for this change.

In addition to the information we already had on hand, we’ve been talking to VRChat communities and community leaders about the changes and additions that they want most, including speaking to communities focused on accessibility to VRChat. We’ve also been watching and documenting constructive feedback via our typical channels like our Feedback boards, social media, and this Discord.

Our first priority for these changes is addressing several accessibility concerns in VRChat. We’ve got an internal list of improvements we can implement quickly and are fast-tracking it through our production and implementation process. We will be posting more information about those changes tomorrow.

Those changes will not be our last. We have more planned and are gathering more information to understand and address more of your needs. As noted before, we are immediately adjusting internal development to address these changes.

Thank you for your patience as we work as quickly as we can to address your concerns and your feedback. We’ll be back as soon as possible with the first set of these updates, changes, and features.

This release is now live for all platforms.

This release is not network-compatible. You will not be able to join people that have not updated yet.

Jeanmouloude
26 minutes ago
General Discussions
so who still thinks Chillout/neos will replace vrchat?
when both games cant even pass 1000 players and vrchat onight sat at like 30k players ingame dont some of you feel embarrased? ever think of having a little patience with the devs who are working to fix up the game for ye? heh iv prob got like 1800+ hours in vrc and iv seen several "this will kill vrchat" situations through the years so what makes this 1 update so special? talk to me vs crying "EAC!!!!!!!!!"...
238

𝐿𝑦𝑛 𝐸
View artwork
Get offended already
If you are like me and will not be affected by EAC, and can enjoy the game without breaking the rules, please consider making a positive review to help stem the grey tide of review bombers. Thanks.
237

Not Recommended
11.8 hrs on record
Early Access Review
why do you need anticheat for a ♥♥♥♥♥♥♥ non-competitive game

Not Recommended
1,011.5 hrs on record
Early Access Review
I'm going to open this stating that this is my first review, and yes, it's gotten that bad.

VRChat, or VRC for short, thrives because it's a social platform driven by the community. It's a beautiful thing to see so many different, talented people get together and create whatever they'd like, to play in a sandbox where the only limit is their imagination. At least, that's what this game used to be.

Since then, the devs at VRC started dividing the player base by implementing Easy Anti-Cheat, or EAC. Their reasoning was to crack down on malicious clients that would crash other users, causing them grief, as well as prevent these clients from ripping other users content. While this update upset the modding community, the rest of the player base were pro-EAC due to it's ability to lock down these malicious clients. After a few days, some of the modding group even came back around to give the new updates a try (without mods), willing to forgive the devs for ruining their countless years worth of time spent enhancing the game.

During this time, the VRC Team published a listing on InDeed, an online recruiting platform, where they starting looking for a 'Compliance Operations Manager with experience in Crypto and in-game currencies'. This effectively means that the VRC Team started looking to hire someone to oversight a system that would manage micro-transactions. This lead people to believe that the VRC Team were about to advertise the game for further profits and possibly require in game purchases to remove said ads. Little did the community know that the truth was much, much worse.

Yesterday, on August 10th, 2022, The VRC Team rolled out a new TOS, and it is ridiculous. They now hold full intellectual property rights to any user-created content uploaded to their servers. They now own anything you have / will upload to their game. They also specifically stated that they reserve the right to claim, alter, and redistribute any assets uploaded to their servers, without the need to credit it's original creator(s). Now, this infuriated a mass amount of people, especially community content creators, because now all their hard work can be ripped by the VRC Team without permission from the creator(s), and can be changed and redistributed however the VRC Team want with no input or limitations from the original creator(s). If you think this is the ugly end of the stick, it only gets uglier...

This is ridiculous! The dev team is creating a tyrannical monopoly where it's very likely that the player base owns nothing they've created, the dev team holds the rights to sell all of their content to other users for profit, and the original creators of said content receive no compensation for any revenue gained from the VRC Team's sales...

If this isn't enough to quit this game, I highly recommend getting up from your chair, getting yourself a nice cup of coffee or tea, whichever you prefer, and touching some grass. Maybe then you might learn a sense of humility and understand how messed up this update is. I'm a 1,000+ hour veteran, and I'm done at this point. This was the nail in the coffin for me, and I hope others see the same.

Rest in Peace to a legend. I'll miss you, VRCat. 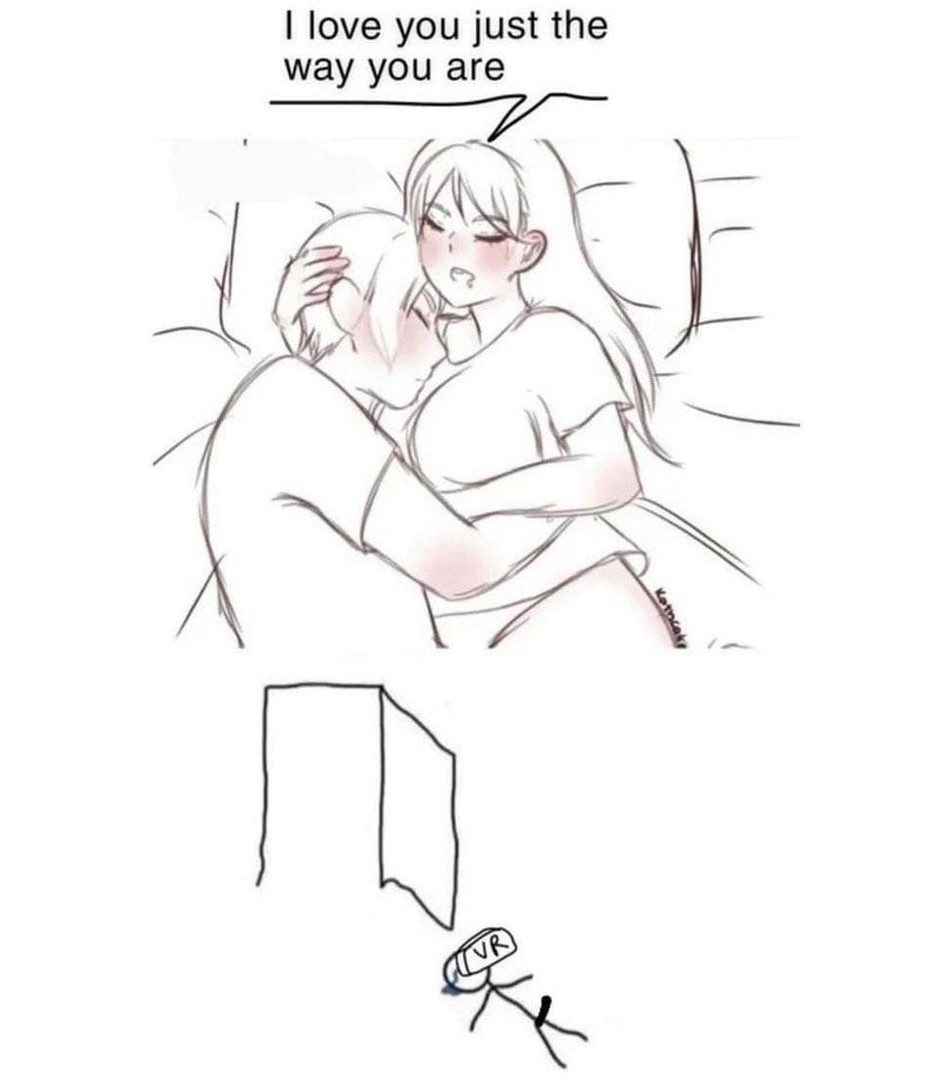 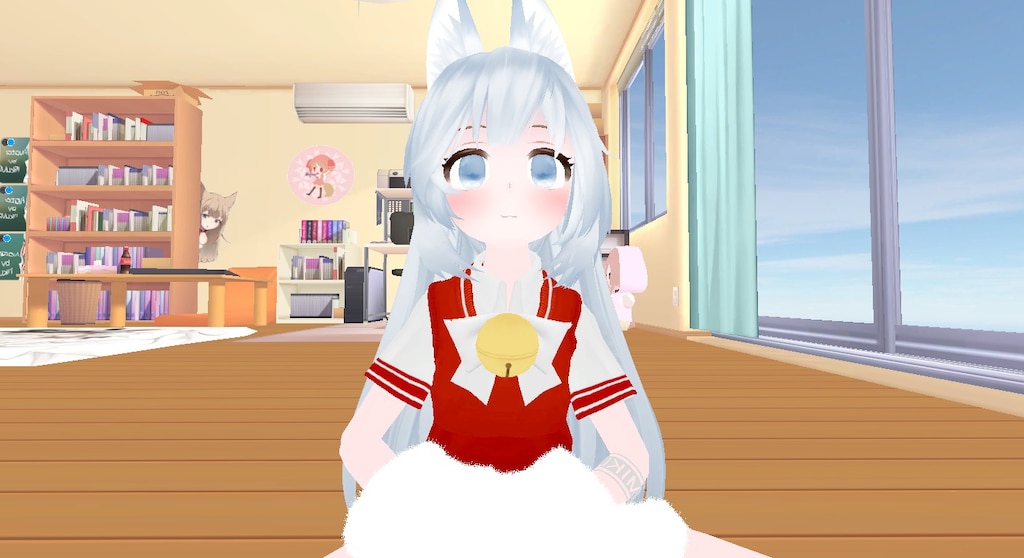 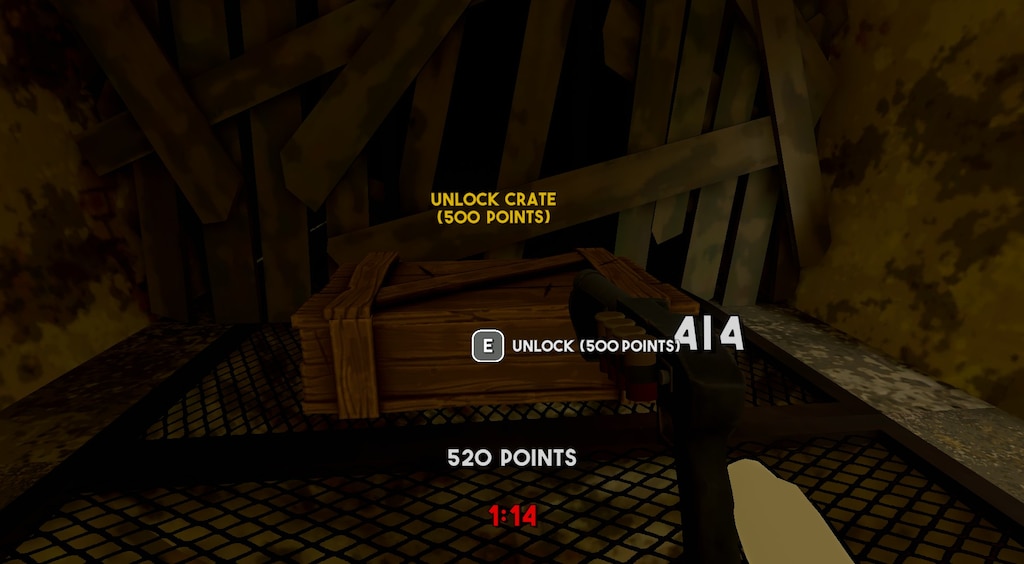 Not Recommended
2,639.2 hrs on record
Early Access Review
I thought VRC would not be touched by trash anticheats.. BOY WAS I GODSDAMND WRONG. not just any trash anticheat too, but easy..? Are you taking the piss.. Are you just showing us your middle finger, VRC..? EAC IS ABSOLUTE GARBAGE. I've had countless false-flag issues with EAC in plenty of other games before where i had not even modified game files.

Also, as many people have pointed out, alot of players use BENEFICIAL mods to help them play the game. Modding provides far more benefits to the game. You showed those who use or even RELY on mods the middle finger. Do you simply not care?

VRchat devs, please, for the love of your game, remove this abhorrent FAILURE of an anticheat. Until then, enjoy the huge chunk of old fans leaving and potentially taking their worlds and avatars with them in protest.

How to Hate your Life
Step 1: Open VRChat Step 2: turn all safety settings off Step 3: Go to the Black Cat Step 4: Talk to the people looking in the mirror Step 5: Leave VRCHat Bonus Step (In case you don't hate your life yet.): Talk to all the kids that sound 10 or lowe...
48 ratings 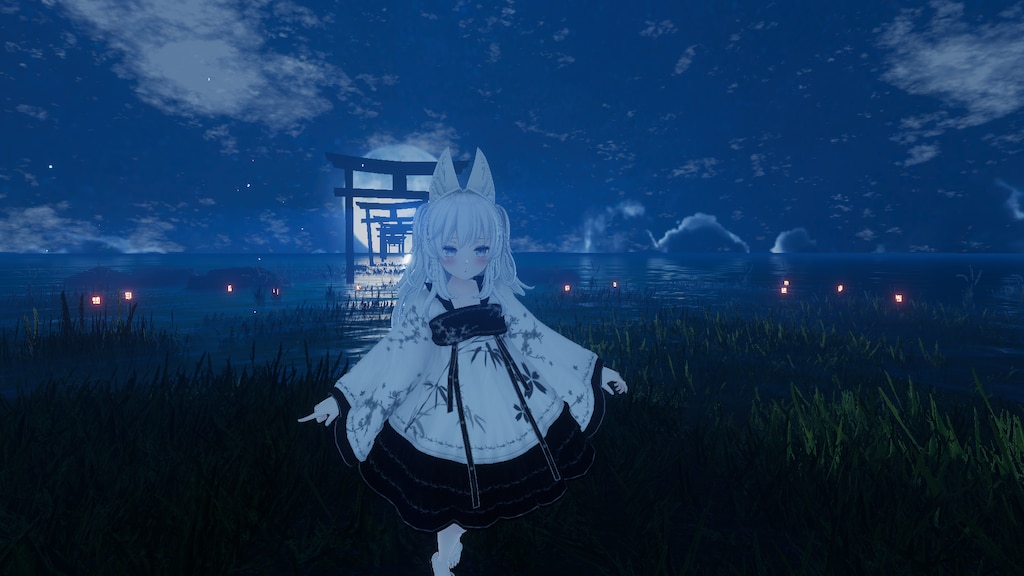 Pimpin.
View artwork
So vrchat updated their guidelines, ToS, etc
From https://hello.vrchat.com/community-guidelines , they say "We do not permit: Discrimination towards spiritual beliefs, [...]" and after a few lines "Inappropriate Content. We do not permit political or religious figures and symbology. [...]" So... do we have to report vrchat to vrchat for discrimination? From https://hello.vrchat.com/legal "12.2. Anti-Cheat Measures. When you launch VRChat, the Anti-Cheat Measures may monitor your gameplay and device’s RAM, processes, communications, and file stora...
34 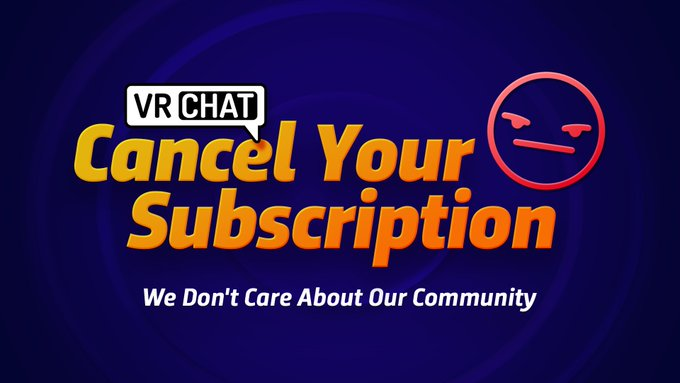 vovan_ivanoff
View artwork
Stop crying. EAC fixed Vr Chat's Biggest problem.
This game was a predator's paradise. The amount of low confidence/self esteem, lonely, neglected children who have parents who don't give a damn (hence why they let their 12 year olds on this game) is ridiculous. Every day I encountered not adults... Not teenagers... But CHILDREN. Some as young as 8 on this game unsupervised. The community is infested with predatory men (and sometimes women) who target these young users for sexual exploitation. Everyone of you reading this that plays the game knows that ...
25 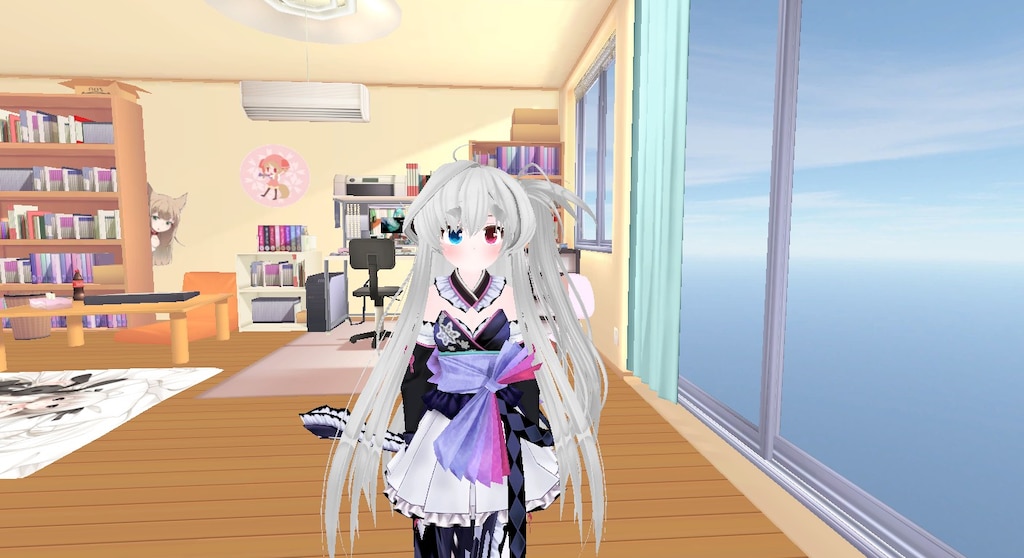 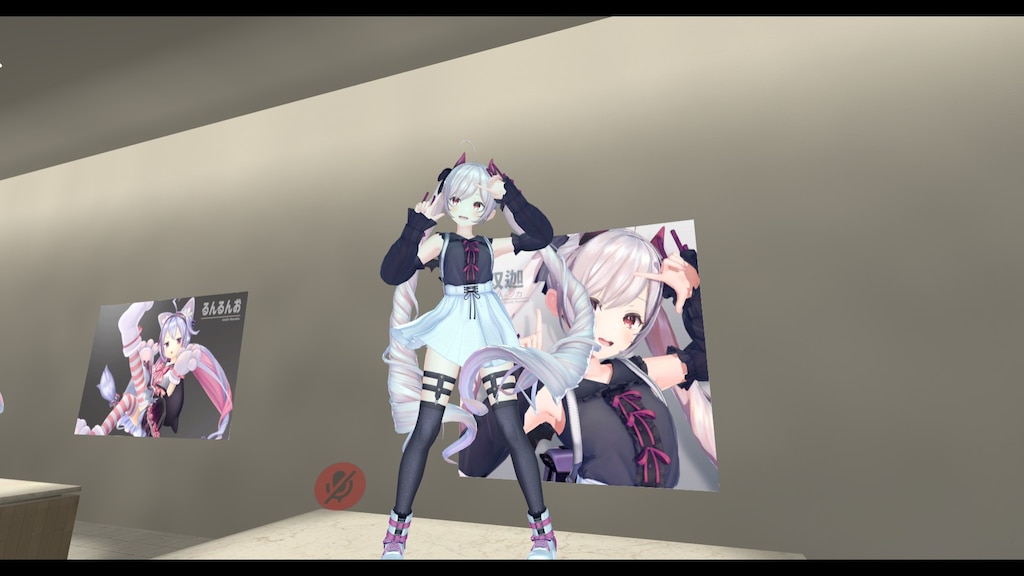 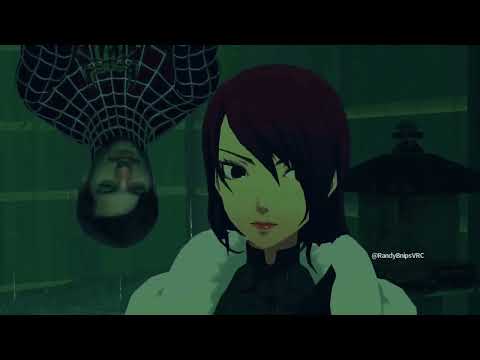 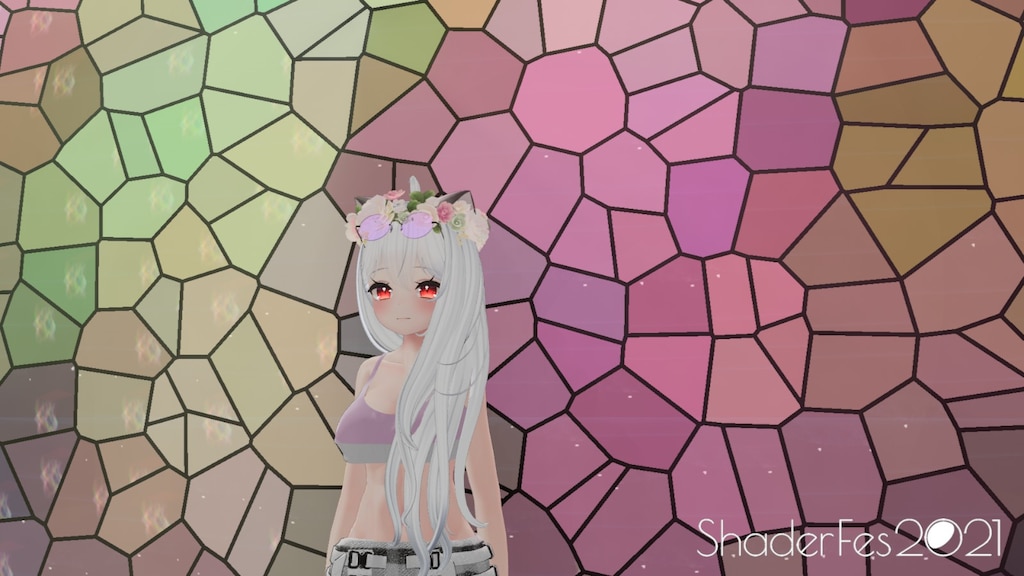 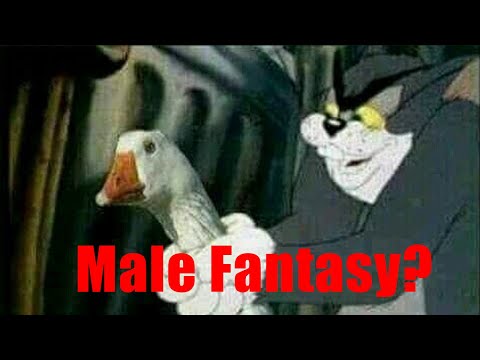 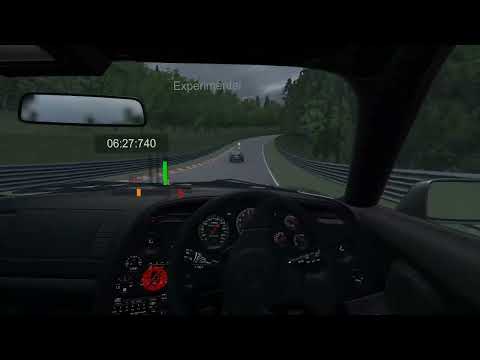 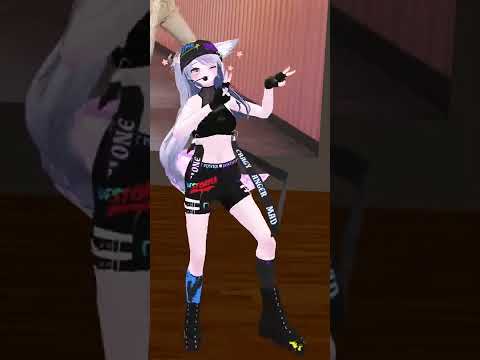 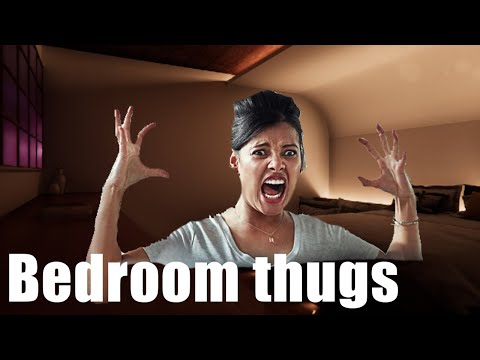 How To Be On VRChat
How To Join The Anime And Gamers!