This user has also played as:
Jaap 
I am a gamer. I've been a gamer all my life. And always will be.

When I was about 6 years old, my dad connected a little box to our TV and I was fascinated because of two white stripes on each side of the screen and a little bouncing pixel in the middle. It was Pong and from that time on I was hooked on video games.

At the age of 13, when I was in high school, I joined a computer club and played games on the Philips P2000T home computer. The games were Lazy Bug, Monkey Kong, Fraxxon (my first shooter from that moment on). I also frequently visited the arcade halls to play Green Beret on the game slot machines. Excellent game in these days and they were not very happy when I walked in and played for more than half an hour with just spending 1 Dutch guilder, finishing the game and starting all over again.

The P2000T was the first machine that got me into programming. I coded my first programs in BASIC, using the 16Kb (!) interpreter on the P2000T. I got quite good at it, so I coded my own version of Pitfall and enjoyed it as others played it. After I bought my own P2000T with already a 32Kb interpreter :) I bought an MSX VG8020 computer. Hours and hours I spent typing in machine language to create games, listening to broadcasts on the Dutch radio, recording it on cassette tapes and hoping the bleeping sounds would be compiled in the computer.

As the PC's got better graphics cards (the Voodoo 3dfx) I started playing the first FPS games: Wolfenstein 3D, DOOM, Quake, Unreal etc. Later on I also played some strategy games like Dune and enjoyed RPG games like Diablo 2 and Fallout.

But it was until 2003 when I really started to play online. First with Call of Duty 1, Battlefield 2 etc. In 2006 I joined my first clan, the =DOD= clan who played Call of Duty, United Offensive, a brilliant fast paced no nonsense shooter. After that I joined the =([ISDP])= clan and after a few years I started my own Call of Duty 4 clan as it was just released and I knew that this would be a landmark game of online FPS games. So me and a friend of mine started [AK], the AK Klen. Klen being Dutch dialect for clan, while the A stood for Achterhook (a dialect word for Achterhoek, a region in the eastern part of The Netherlands). Excellent times! Good players, some are still online friends (you know who you are), lots and lots of jolly good fun, great Clanbase matches against, among others, clans like Hellraiders, [H&K], Phantasmagoria and lots of others. I sunk in over 1600 hours and although COD4 hasn't got a lot of maps, I never ever got bored of it. Not even nowadays and therefore I still play it sometimes. How I miss those good times! This will give you an impression of the good times on the AK-server: https://www.youtube.com/watch?v=POUKWOd_ybA

But as with all online clans, they dissolve after a while and so I started playing Battlefield: Bad Company 2, Battlefield 3 (only in jets until I reached Jet Star 100, https://www.youtube.com/watch?v=UkbnM2pxxvY) and Battlefield 4. But I never enjoyed the online shooters as much anymore as I did while we were online as a clan. So I started looking around for other games and nowadays I mostly play RTS games and RPG games. Especially Fallout games. The post-apocalyptic settings of these games always really pulls me into the story. In my opinion Fallout New Vegas is the best singleplayer game there is. I also play a lot of Diablo 3 (over 600 already, Paragon 700+ as a Demon Hunter) and that is (imo) by far the best Co-Op game you can find. If you like to add me, my handle is AlphaW0lph#2185 . My profile: http://eu.battle.net/d3/en/profile/AlphaW0lph-2185/hero/12524055 .

With RTS / TBS games, I think there are no better games than Total War Warhammer 1 and 2, Company of Heroes (both 1 and 2) and XCOM 2. Absolutely brilliant games I really enjoy to play. Later on I discovered the Graviteam Tactics games. These RTS games, or should I say Simulators are the best I ever seen. No game captures the atmosphere and complexity of World War 2 like these. Excellent!

So these are my favourite games by category and gaming type:

As I want to play all games, my backlog is growing and growing and I just can't play as much as I'd like to. As a student I didn't have enough money to buy a decent gaming rig but I had lots of time to play. Being a working class man, the situation is just the opposite :) 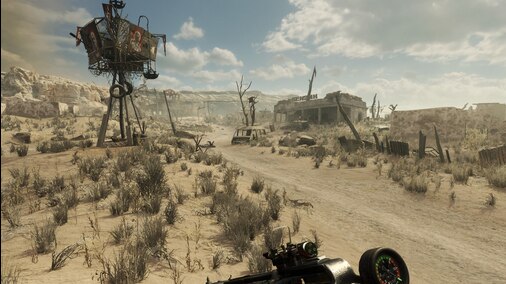 The only thing missing here is the Mojave wasteland radiostation. This feels like Fallout:New Vegas, which is always good :) 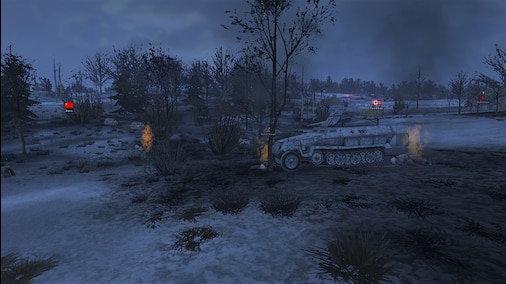 - If you are 40+ like I am
- If your first game was Pong on TV
- If you grew up with shooters like Doom, Quake, Wolfenstein, CoD 1 until 4
- If you like fast, very fast gunplay (no reloading etc)
- If you don't dislike lots of gore

Then you will feel like you're in shooter heaven and like you went back 20 years with great graphics.

Then this game is a MUST BUY!

THE best shooter in 20 years!
View all 54 comments
Favorite Group 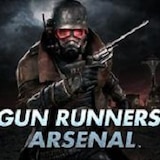 jeepers creepers Nov 19, 2018 @ 4:55pm
Checking in once again. I hope your doing well! I hope you continue being successful in life, sending positive vibes your way, mate.