This user has also played as:
Eirik Hafskjold 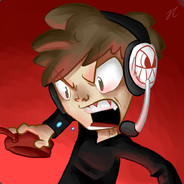 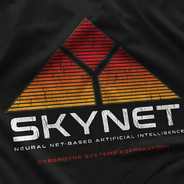 Half-Life: Alyx
23 Hours played
You know that feeling you had as a kid waking up early on a saturday to go boot up your Nintendo 64 and play The Legend of Zelda: Ocarina of Time? Yes? Well guess what? Half-Life: Alyx actually achieved giving me that feeling again. And that is a monumental achievement unclocked for someone who has played everything ever made since 1982.

It finally made VR worth it to me. It's a full fledged Half-Life game so full of nostalgic and familiar awesome moments, just this time around - you're actually there. Have you ever wanted to pick up a dead headcrab and shake it so the legs dangle back and forth like a dead turkey? You can do that.

My wife also caught me slav-squatting on the floor cursing at one point. What I was really doing was having a shootout with some combine behind a concrete wall, blindshooting my pistol over the ledge. She lost all hope in her husband and left the room - but I felt like Chuck Norris, so who cares. There were a looot of moments like that. Full immersion.

You will spend unescessary amounts of time:

- Picking up everything and looking at it from all angles.
- Throwing stuff out of windows.
- Cleaning window-frames of broken glass.
- Putting stuff into other stuff.
- Taking stuff out of other stuff.
- Opening drawers, cupboards and refridgerators. OCD people will die.
- Looking at dead zombies real close.
- Picking at dead things and shaking them.
- Holding a dead zombie head in your hand and shooting it in the temple execution style.
- Picking up a blaster-mag when you reload too quick and drop it.
.... and so forth.

Bottom line: The game had me hooked from the moment it started to the very end. I even sat through the credits. It was everything I wanted it to be and more. And it feels like this was just the first step in the continuation of the Half-Life franchise. Good things to come?

Luna May 6, 2020 @ 8:53am
Hey!
We are from Microblast Games and we have something new in VR that will be out in June!
As we know that you like VR games, we have prepared this special pre-launch of our new VR game that will be participating the Steam’s Festival.
GAMECINE is a new way to watch movies - by living them. Experience a new exclusive adventure in VR every month.
https://store.steampowered.com/app/1298620/GAMECINE/

Make sure to add it to your wishlist and follow our page so you don’t miss it! :D
https://store.steampowered.com/developer/microblastgames
Thank you!

MotoNoKiwamiBaboshiShaalaBanana Apr 5, 2020 @ 8:42am
How long is the gameplay of Half life Alyx?
< >