This user has also played as:
Pierre Corbeau or Pietro Corvo 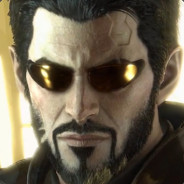 Years of Service
750 XP
"Nothing is true. Everything is permitted." (Assassin's Creed)

"Is a man not entitled to the sweat of his brow?" (BioShock)

"Get me a Shanghai gut punch." (Deus Ex: Human Revolution) 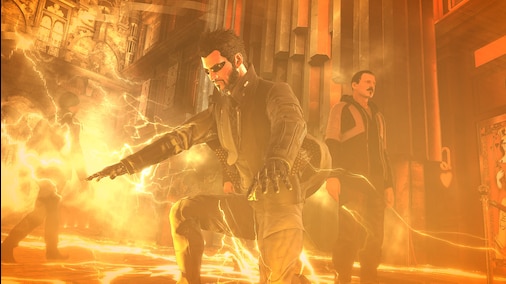 Deus Ex: Mankind Divided™
133 Hours played
As for all most recent AAA games, the beginning was difficult for Mankind Divided. Day 1 negative reviews popped up and almost everybody mentioned the microtransactions as well as the game's bad optimisation. I, for one, cannot refer to these since 1) microtransactions I couldn't care less about 2) the game is now properly optimised. My current rig - coupled with a GTX 1060 - could put a smile on Jensen's face even in the heat of battle.

Marvellous! Just marvellous! It was the very thing I was missing from Human Revolution. Most notably, the facial animations (if you remember the artefact issues all pertained to the facial animations). Everything else, of course, looks tremendously good. Especially when you stroll down on the streets of Prague late at night when a curfew is in effect. Well, strolling is an exaggeration - cops shoot on sight so your best bet is to move while cloaked. Still, the sirens lighting the surrounding area in the heavy rain look great. For this to happen you need to wait a while when it comes to story progression - but to marvel at the sights in the distance during the early Dubai mission you do not!

Story i.e. how good are we after Panchaia?

It was a bit of a letdown. Human Evolution was just so perfect with its great ending and boss battles. For a sequel it is always difficult to live up to its predecessor. And of course to the expectations of players. This is now a different environment: Jensen works for Interpol and is based in Prague. Unfortunately, we only have this one hub in the game (as opposed to HR's Detroit and Hengsha). Still, the area is big and offers a dozen side missions at least and of course many collectibles. We have a new nerd (Koller is great but his hipsteresque style can never match the rude remarks made by Pritchard), a new pilot, a partner-in-crime lady and a new boss (with a lot less appealing office compared to that of Sarif). Here and there we get glimpses of what happened to our "old" friends, still, the new guys simply are not that great. And while the story is good the "global threat" is nowhere as imminent as it was in HR.

Game mechanics i.e. what has changed?

This has been brought to perfection. You can perform takedowns anytime an enemy gets close regardless of how Jensen is positioned compared to the NPC. HR went far by allowing us to take out those sitting (and showing a cool animation) but MD takes a step further: even when he crouches behind a box Jensen can quickly get up and do fistycuffs. After that he pulls the unconscious body back. The best is when you are in an office: you just start throwing some boxes about and wait for the patrolling guards at the door one by one.

New augs i.e. when did the game become very easy?

We have a couple of new augs that are devastating. Most emphasize combat gameplay so much so that very soon you completely forget what Typhoon is. Plus, our Remote Hacking allows us to disable turrets, cameras and drones for a short period of time and even to turn off the lasergrid for good. This coupled with the above-mentioned improved stealth mechanics results in a much easier game - provided you have the necessary patience and can ditch the Rambo approach. The experimental augs can do some harm to Jensen so you are required to turn off another, already purchased aug. However, a side mission later on completed eliminates this issue and when you start New Game+ and a couple of hours in you max out Jensen you realise just how amazing it is to play this game with the stealthy approach!

Hacking i.e. do I nuke everything again?

Well, beside the nuke software (that wins us a node immediately but with 100% detection rate) we now have furtivity, overclocking and reveal. The game mechanics are the same but some added software give it variety. Nothing we actually needed but then again some people expect new in all walks of Jensen's life otherwise that's a wrongly spent 60 bucks! It should also be noted that weapons can be upgraded (their magazine size or damage output) since there are many crafting parts scattered across the levels. You also have EMP rounds for the pistol, shotgun and even rifle. Its nice to ease the combat style approach, however, I was never really keen on doing a walkthrough this way.

Longevity i.e. what is Breach exactly?

Beside the fact that there are a lot of collectibles the game has another gameplay mode called Breach. You practically do the same stealth or combat approach but in a virtual reality this time. You have dozens of missions and before each you can pick a loadout. You have to approach databanks and once the necessary amount of data is downloaded from them you have to quickly leave by going to the spawning point before the timer runs out. There are challenges, leaderboards and achievements here. Breach items found during Jensen's story can be unlocked here.

Summary i.e. was it worth it?

Yes it was. This is a great game still and while it is a bit rough around the edges when it comes to its story I liked solving another case with Jensen and even better is the fact that this game brings us closer to getting to know the real people behind the game's events. While many were disappointed in the ending it should be noted that it prepares us for the oncoming 3rd episode. Too bad the developers announced they'll be focusing more on the Marvel universe. Instead of a lengthy expansion we'll get short DLC stories - an expansion is better but this is simply not the direction the market is currently going in.

After approximately 80 hours by barely checking what Breach is I can safely say this is a great sequel. It could have used a little more polish (especially story-wise), still, this is a great purchase for those who liked Human Revolution.
View all 13 comments
Badge Collector 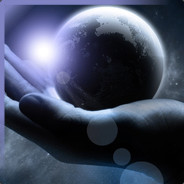 Steam
Feel free to take a look @ this lovely community