Discover unrivalled sniping freedom in the largest and most advanced World War 2 shooter ever built. Experience tactical third-person combat, gameplay choice and epic longshots across gigantic levels as you liberate wartime Italy from the grip of Fascism.
$59.99
Visit the Store Page
Most popular community and official content for the past week.  (?)
Horizontal/vertical margin
How to understand these settings? I have a 1920X1080 resolution on a 27 inches monitor. I want as much FOV as possible.
3

BiOS
View all guides
Your favorite weapons for authentic plus without save ?
And your favorite scope sigth. i don't use my secondary weapon only rifle and gun. I really want to know what is your set up for authentique plus Do you change your set up depending of map? Thank you.
2 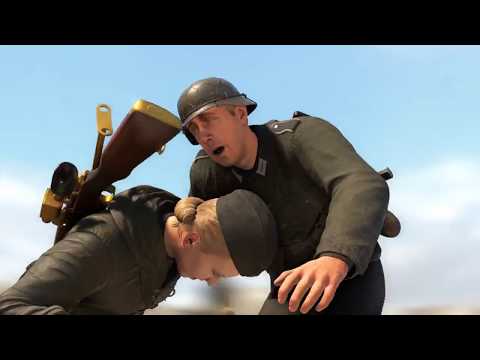 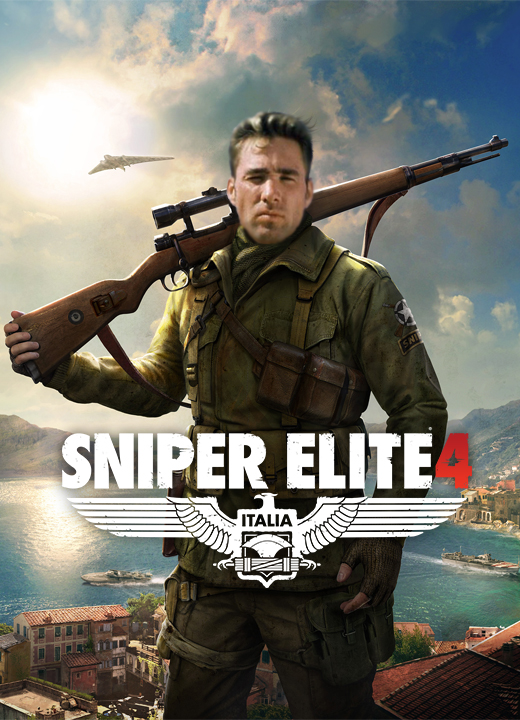 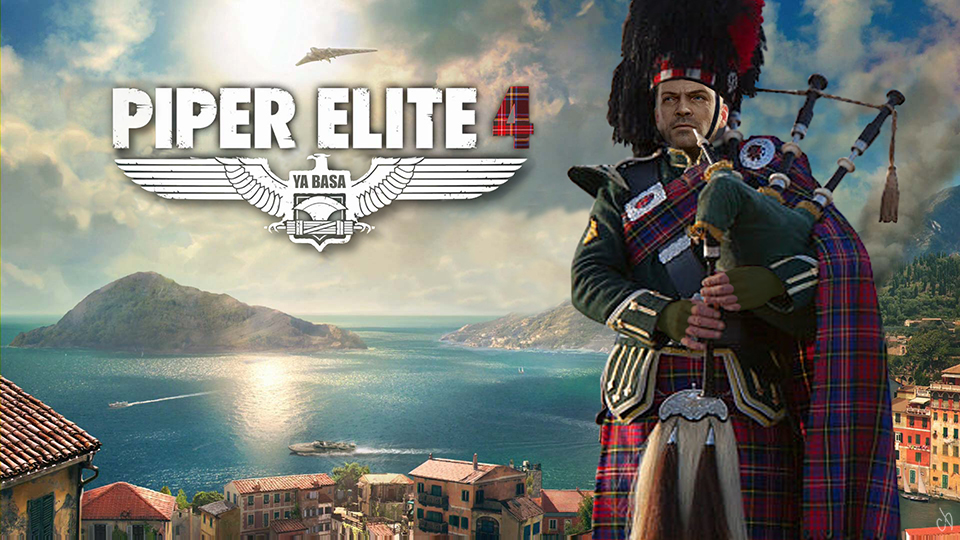 All collectibles
I used this site: https://guides.gamepressure.com/
37 ratings 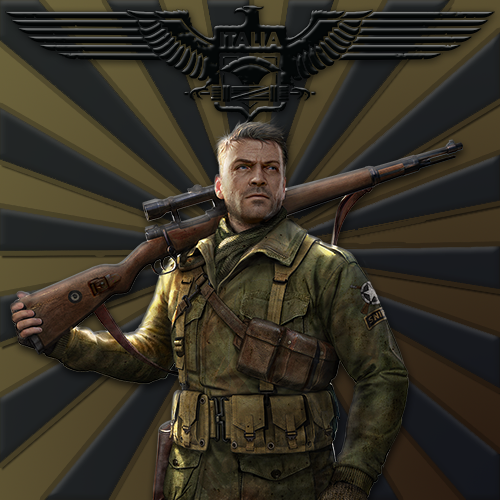 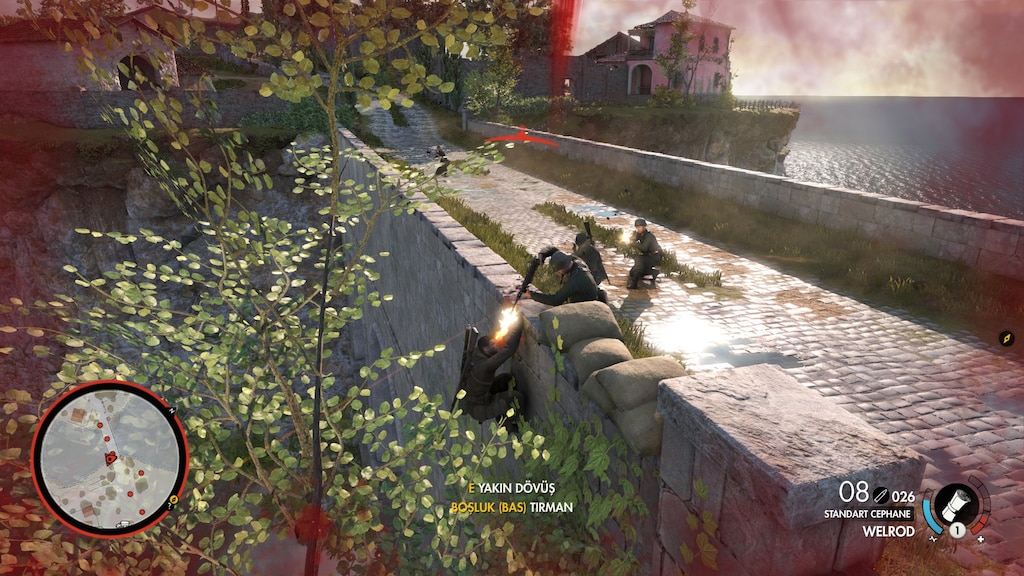 0
2
Directed by ROBERT B. WEIDE 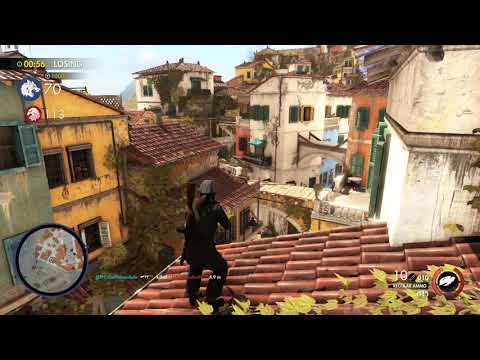 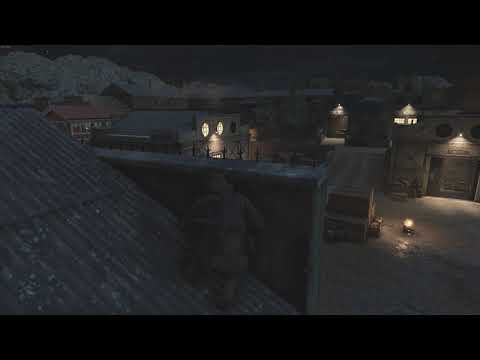 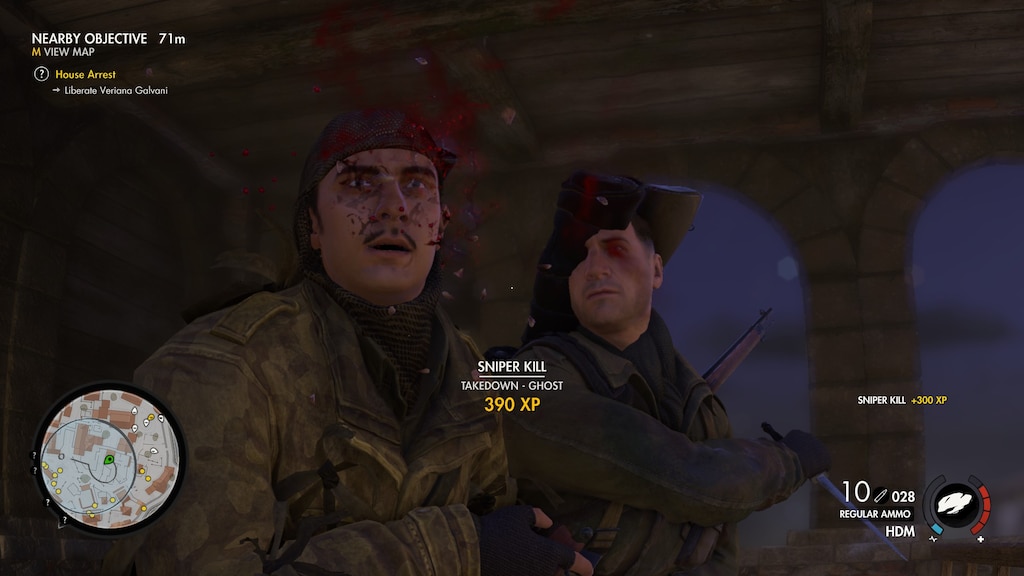 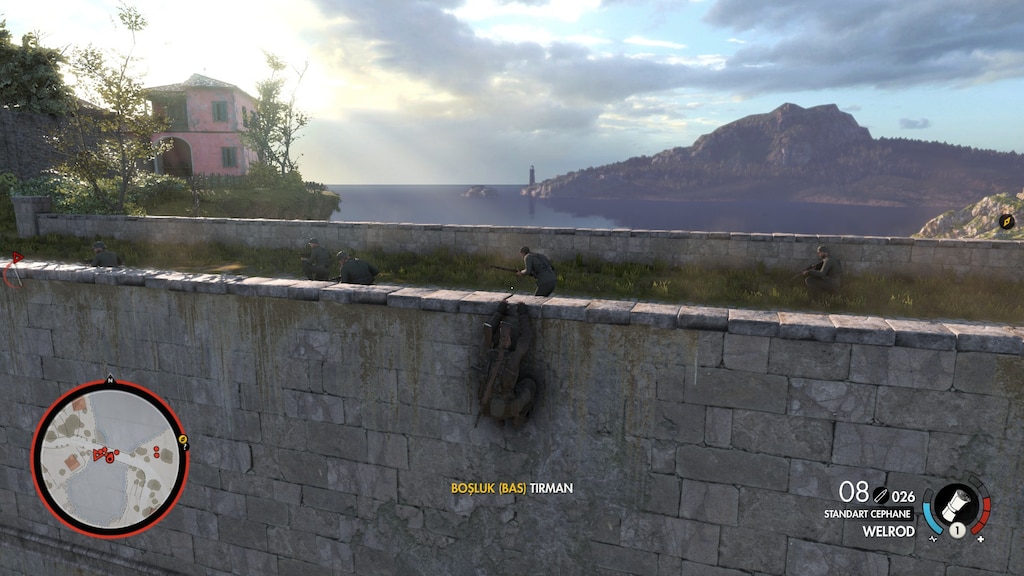 Recommended
41.9 hrs on record
Hear me out. Sniper Elite 4 is a great game. Really.

But it becomes a phenomenal masterpiece when playing on Authentic Plus difficulty. Let me explain why:

- No manual saves means constant fear. Some missions take half an hour to complete, and dying subsequently means having to start from the beginning. It also makes managing to finish a mission much, much more rewarding.

- Sniping actually gets challenging. On lower difficulties there is a possibility to disable bullet drop, wind or other factors. Plus there is a mechanism to help you aim. Great for easy shots, but it never really feels earned.
Shots >200m are an incredible achievement, and entering a bullet cam after shooting your first shot on a Nazi's head is unfathomably rewarding.

- The AI is smart. One of the best I have ever seen in video games.
They spot you realistically. They flank you. They search for you. They don't give up after a 2 minute search (actually they keep searching for half an hour, say hello to realism).
They even shoot better than me. Which is fair, as I surely haven't been at a Wehrmacht training facility as long as them.

- No Hud. One of the best aspects: No information whether you have been seen. No tagged enemies or their movement on a mini map. No information on what you just looted (relay on sound).
It's especially great having to listen to the commands and call-outs of your enemies to understand what they are trying to communicate with each other and which information on your status they have.
But beware: Nazis and Facists like to converse in their mother's tongue. Which means being able to understand "Er war da drüben", "Geh mal da schauen" and "Wir flankieren ihn" might be crucial to your survival.

Recommendation: Play coop with a friend. It makes the missions so much more manageable.

So - get the game with season pass on sale, learn the gameplay and maps on Sniper Elite difficulty, switch to Authentic Plus, TRAIN AT THE SHOOTING RANGE and finally beat the asses of some Nazis. Or shoot out their eyeballs. Fine by me. 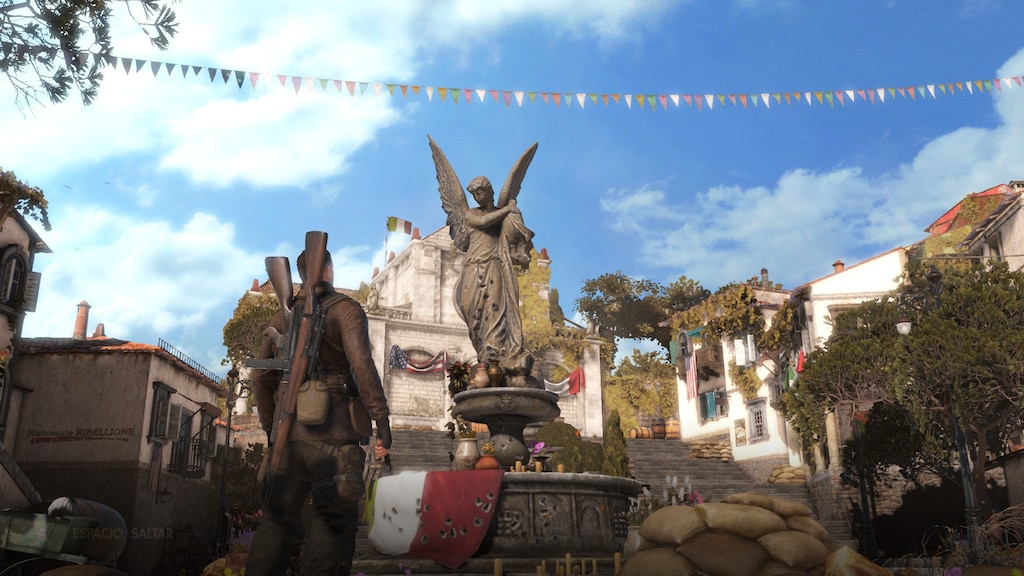 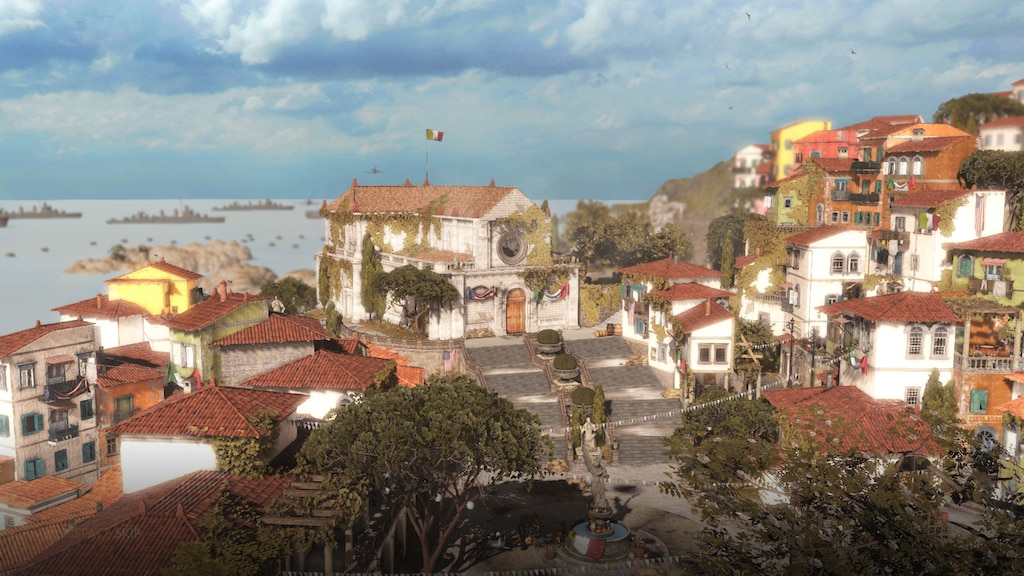 Recommended
15.7 hrs on record
You can shoot Hitler in the nuts

Recommended
32.7 hrs on record
You will get lost in this game and play for hours!

peter
68 products in account
0
What extra content should we buy for 4 player content
Hi all, My mates and I are thinking about buying this game, We are trying to work out which edition or DLCs we would buy as we will mainly be playing it only for the 4 player content. Our understanding is there is two 4 player modes called survival and overwatch ? Should we buy just the base game or a few specific DLCs,? any help would be appreciated as it is a pricy game for us. thanks...
6

MrDogTastic
May 15 @ 7:27am
General Discussions
Video 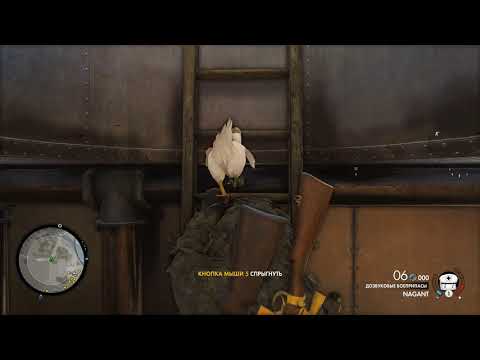 Barbarian
May 15 @ 3:48pm
General Discussions
Sniper Elite 5?
I greatly enjoy all of this series from the first game right up to SE4. Has anyone heard of plans for a 5th game, maybe in the Pacific.
25