Control Ultimate Edition contains the main game and all previously released Expansions ("The Foundation" and "AWE") in one great value package. Winner of over 80 awards, Control is a visually stunning third-person action-adventure that will keep you on the edge of your seat.
$39.99
Visit the Store Page
Most popular community and official content for the past week.  (?)
The Road to Developing an Award-Winning Supernatural Trip @ PAX Online
Sep 16
Join Game Director Mikael Kasurinen, Creative Director Sam Lake as well as frequent Remedy collaborators actress Courtney Hope (Jesse Faden) and Matthew Porretta (Dr. Darling) as they take an exclusive look at what it took to create Control and what the journey from conception to the final experience was like. Fair warning, this is going to be weirder than usual.

Check our the online event and watch it here: PAX Online - Event[online.paxsite.com]. 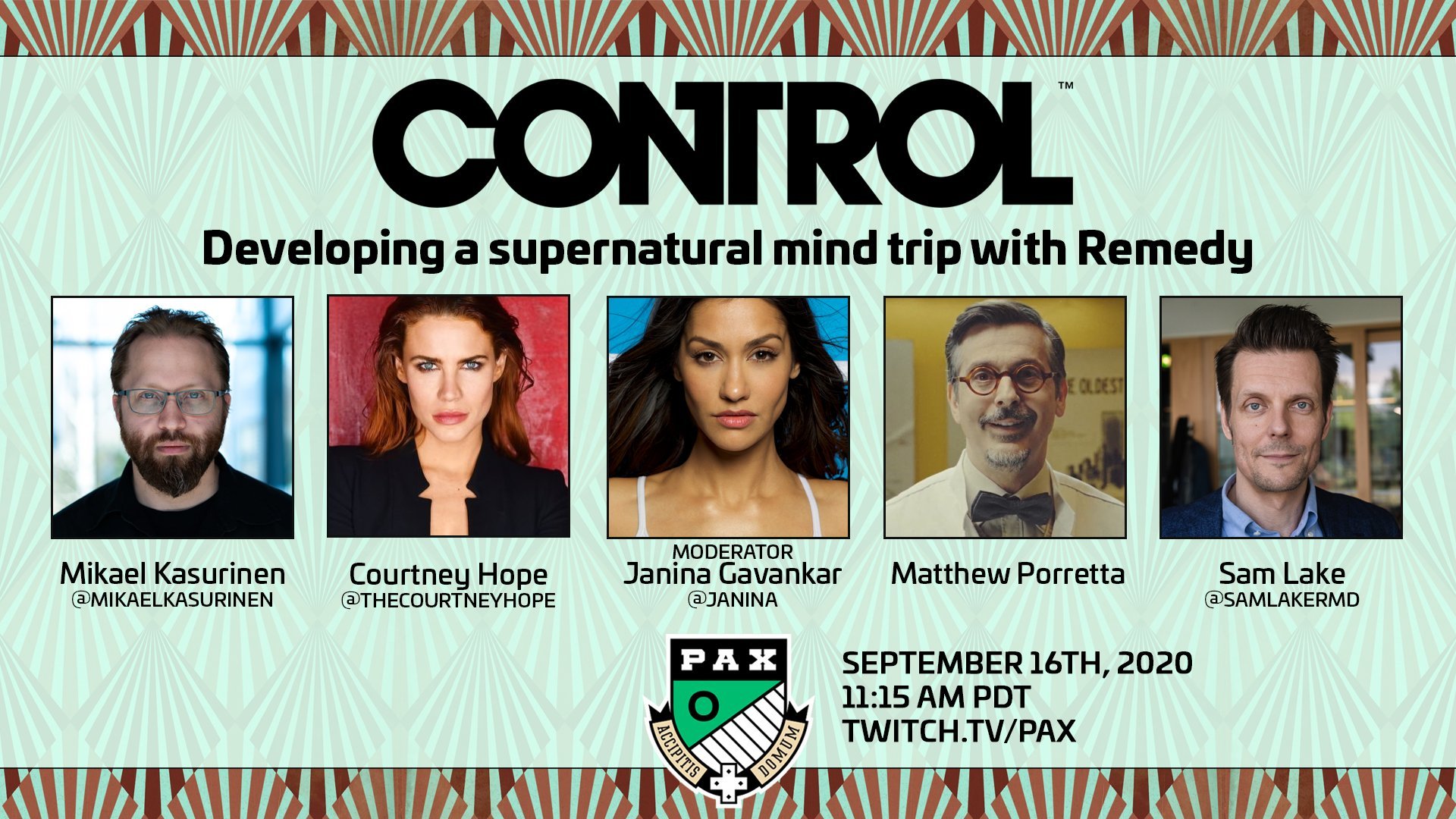 Call of Duty: Jurassic Warfare
26 minutes ago
General Discussions
so... nobody cares about EGS exclusive in the end?
90% positive, is kinda good value for "lets strike this game for EGS exclusivity" UPD the point of this topic that majority of players doesnt care about exclusivity warfare. so basically ALL timed exclusive doesnt relly suffer at all
424 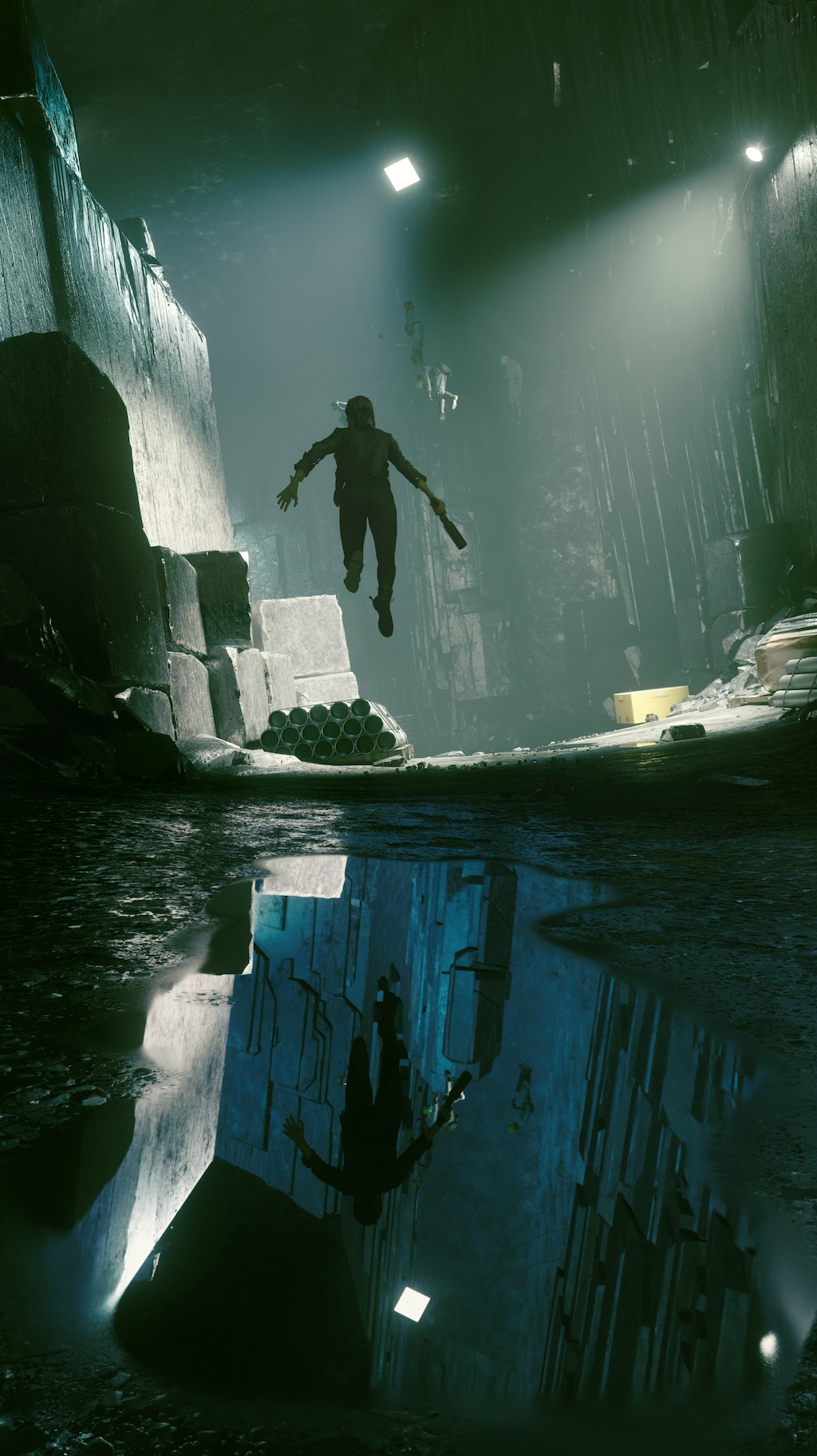 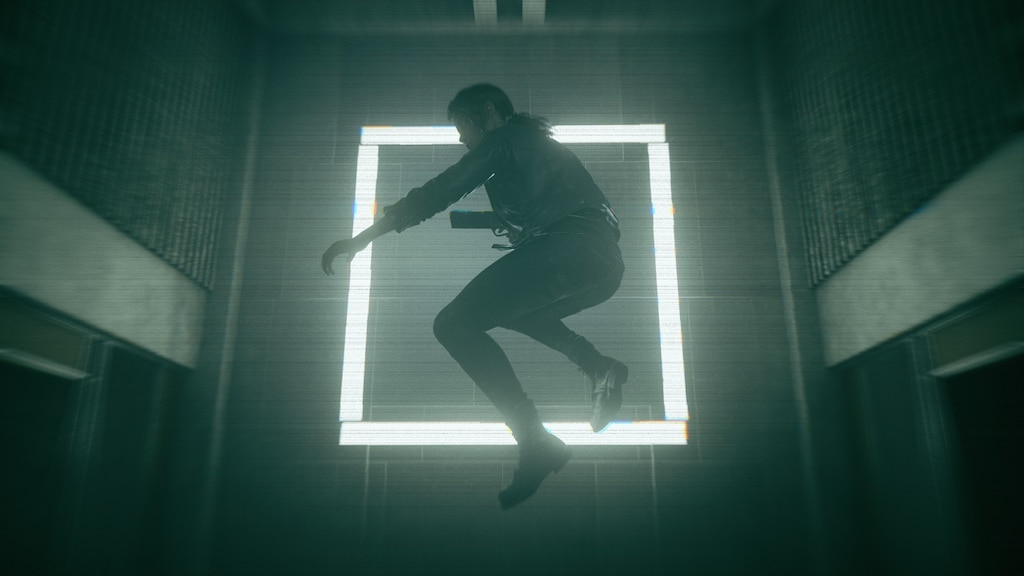 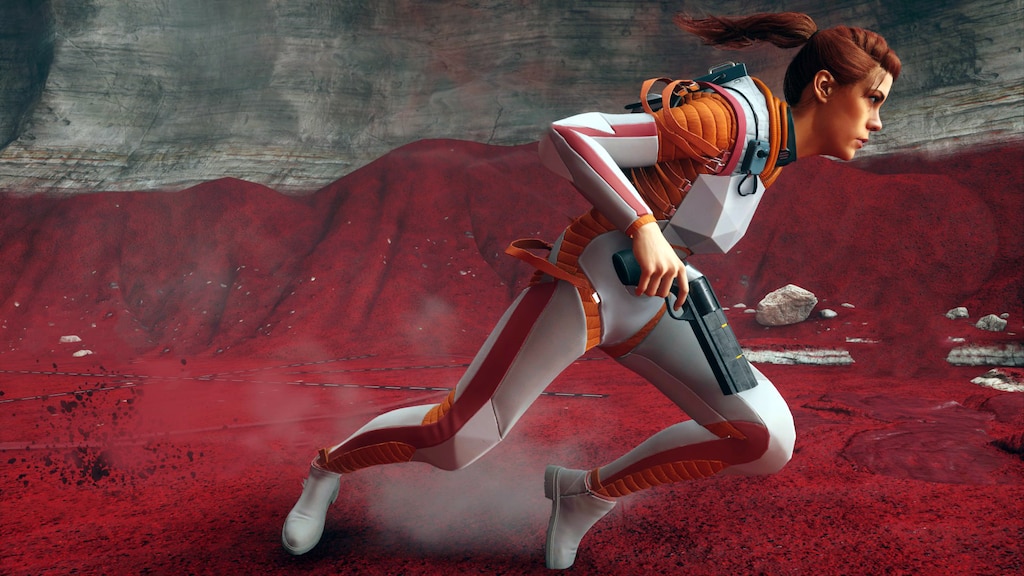 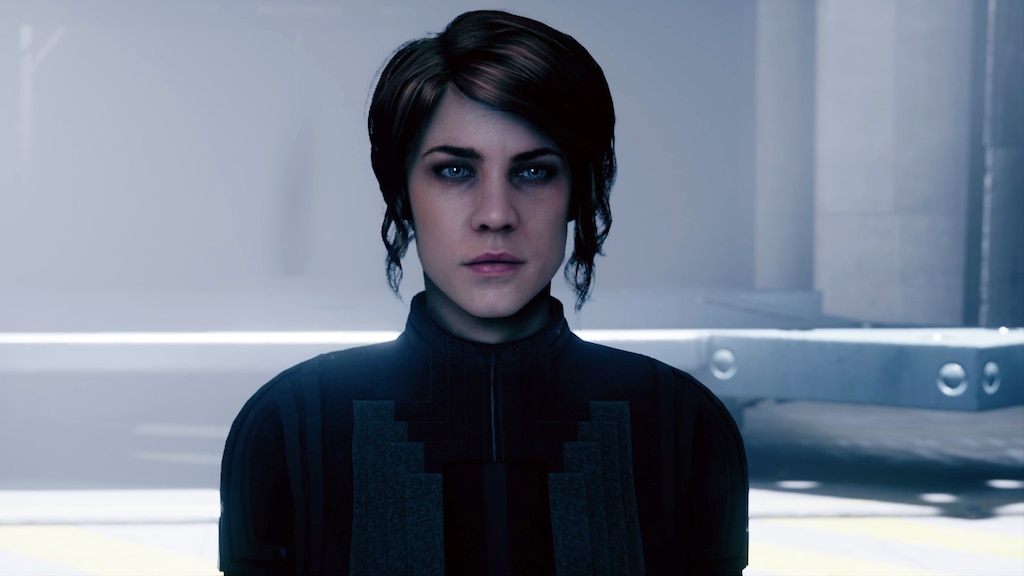 ICYMI we have a Steam AMA with Game Director Mikael Kasurinen starting in less than 30mins.

Join the conversation on the thread here! 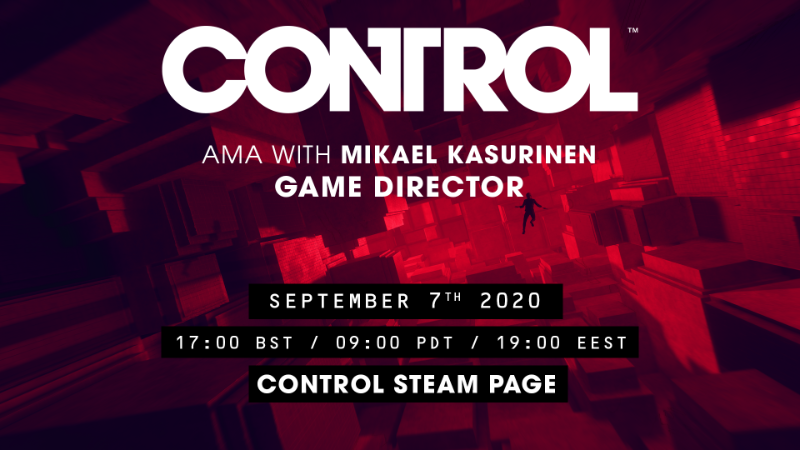 Control
308
0
brightness
I think the brightness balance in this game is ♥♥♥♥♥♥♥♥ awful. I'm on 42 now and the rooms that are well lighted are way to bright, while the next corner in the corridor is pitch black sometimes. I usually never have any issues with bightness and i'm playing on a high end monitor and GPU. Anyone else?...
2

We're super excited to announce that Game Director Mikael Kasurinen will be taking part in a AMA right here on Steam next week!

Of course, he won't be able to reply to you all, but he'll do his very best to cover as many questions as possible.

Leave your questions simply on this post, and Miksu will try and answer as many as possible on the day!

IMPORTANT: Be nice and respectful! The best Q&As will feature as part of our next Community Blog, over on the Control website. 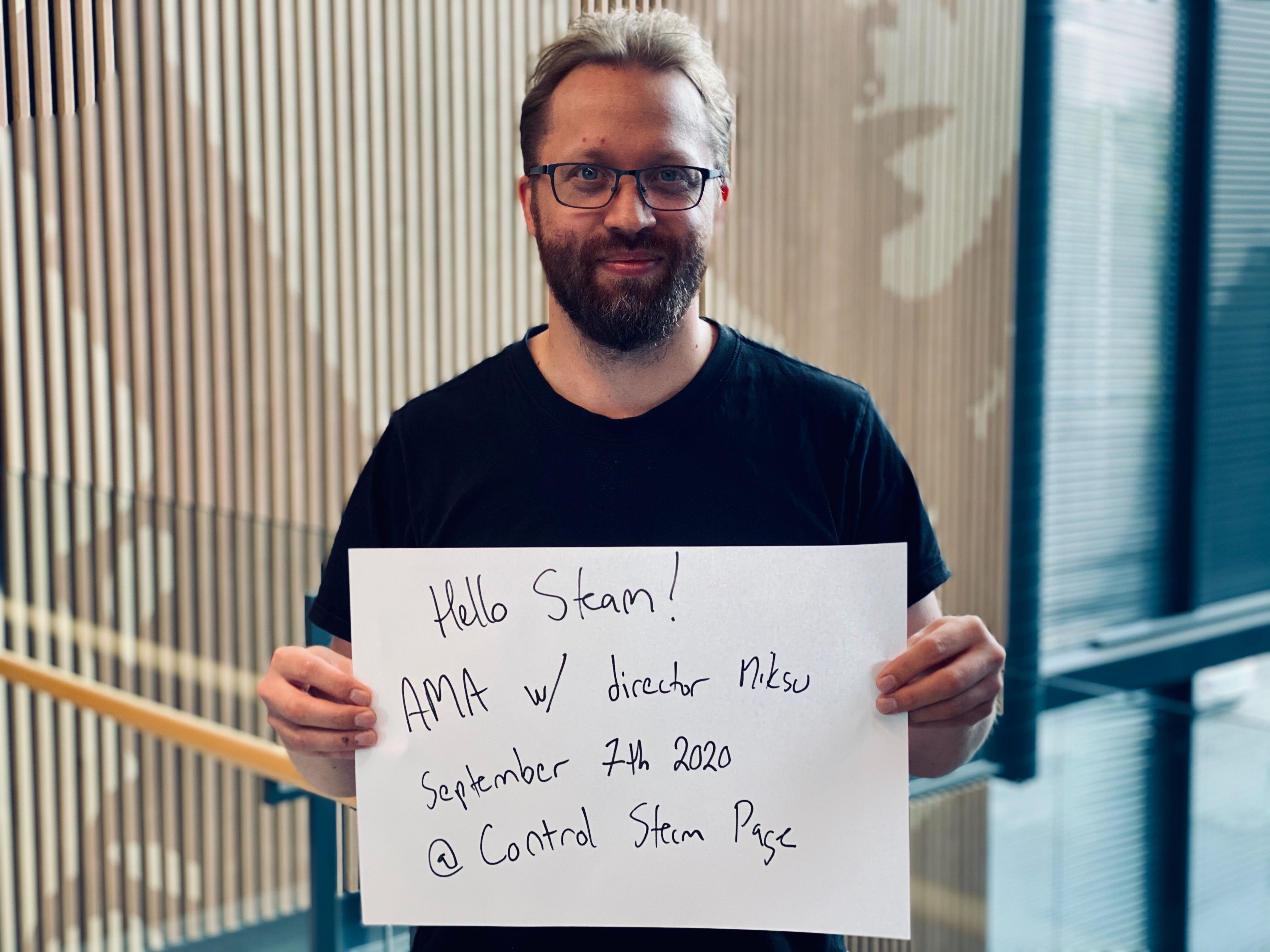 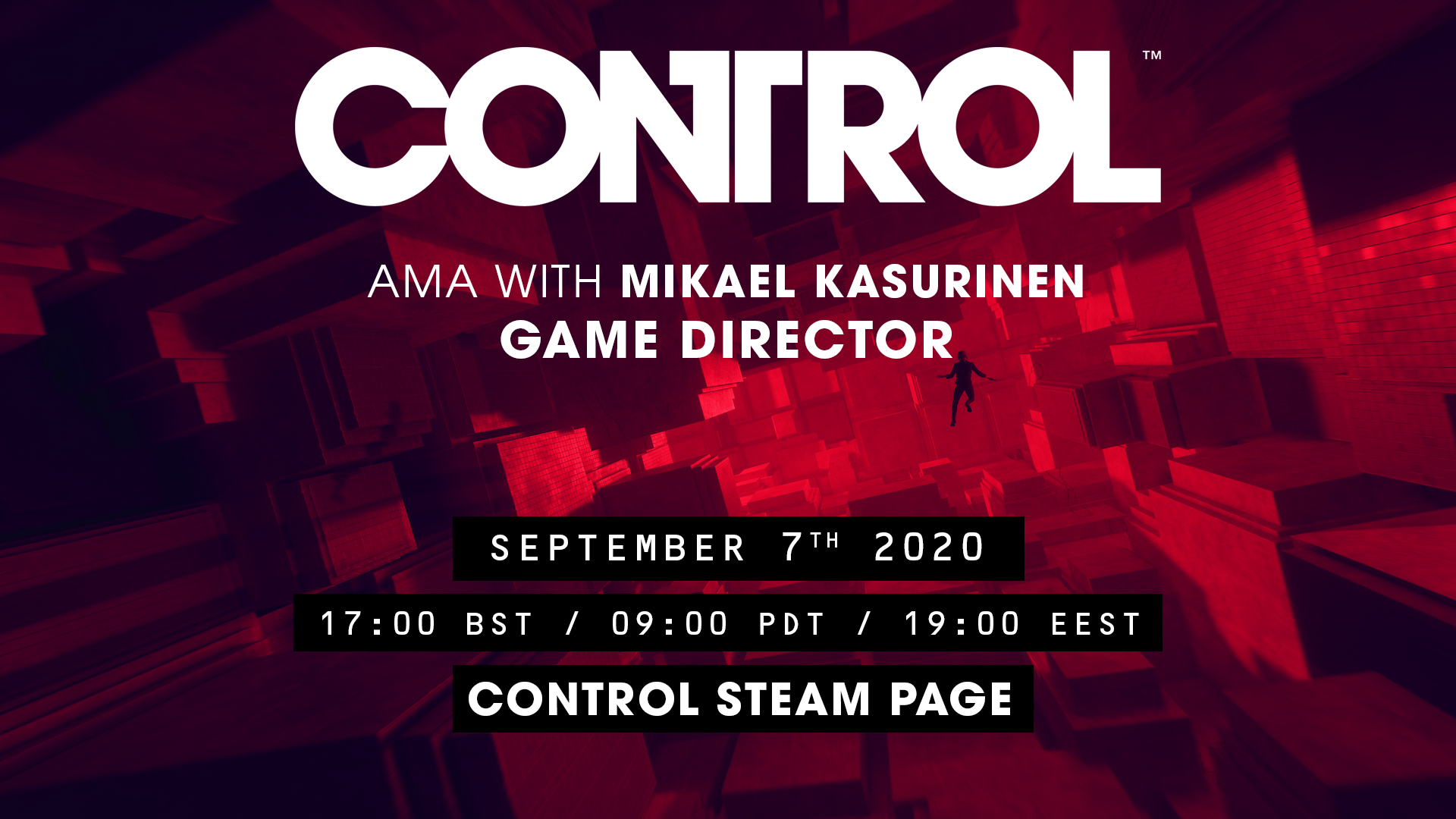 Recommended
12.2 hrs on record
I absolutely love this game so far, it's been far too long since I played a single player story driven game...too much siege lol. The world the developers have made truly has pulled me in, the buildings and environments are fun and interesting to explore, the gunplay is good enough, the characters and story is intriguing and the sound/atmosphere is chilling at times. So glad I picked this up for my weekend off work :) I know it's early days but I hope there is a sequel or continuation to this game.

Foundation Cat puzzle guide
This isn’t a mission, really — but if you’re around the Collapsed Department area, you’ll see a single Maneki-neko Statue guarding a locked door. Find eight Maneki-neko, or cat, Statues and you’ll be able to redeem a prize. You can just watch the video
49 ratings 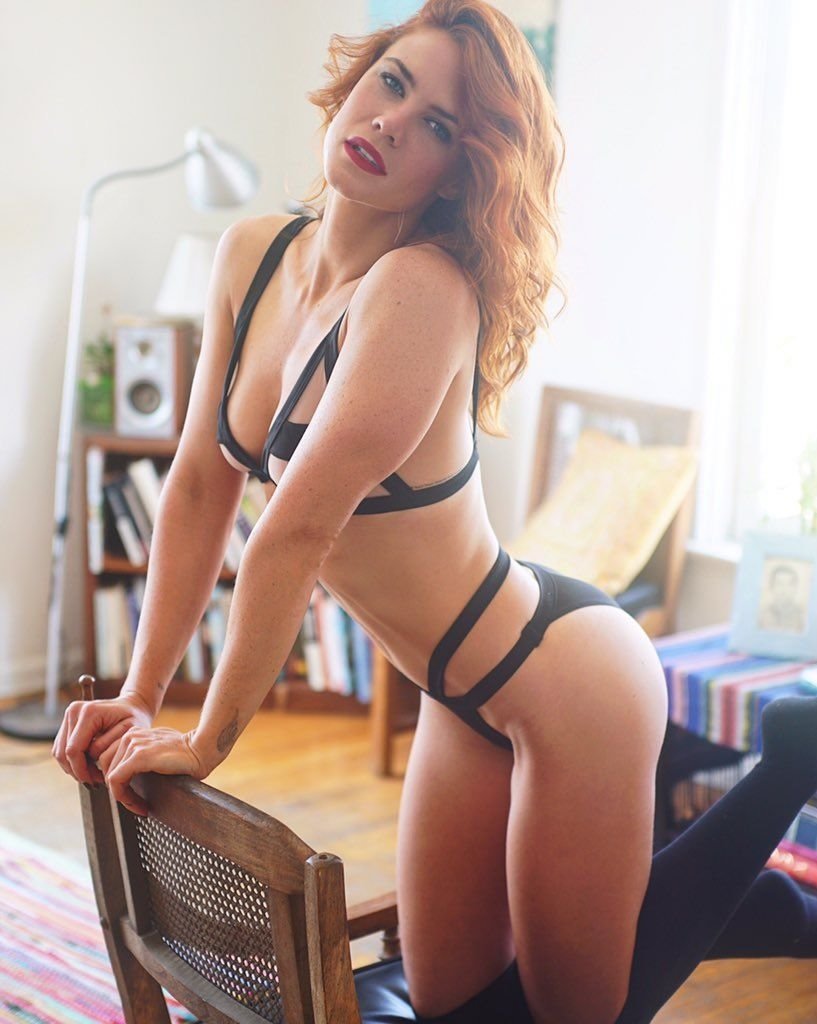 
Cons:
-For a game slightly over a year old, it randomly freezes for no discernable reason and that has the risk of making you lose some progress. No fix/patch been announced yet for this to my knowledge.
-The personal and weapon mods are random, making farming for a specific desired weapon loadout impossible unless you feel like being an RNG junky.
-There is this odd bit where if you want to start the game through Geforce Experience after tweaking the graphics, it only boots if you have Epic Games Launcher for some reason....

-This so called 'Ultimate Edition' actually has CONTENT LOCKED HIDDEN IN THE CODE THAT REQUIRES HACKING TO UNLOCK. Content includes some skins and a special Hideo Kojima mission.

I'd still recommend people to get this for the experience. Just never at full price.

Recommended
30.3 hrs on record
If you enjoyed my review and like to see more like this, you can follow me at my newly created curator page, Shifty's View.

Control is a game I had been wanting to play since I saw the first trailer back at E3 in 2018, I was excited anticipating for a 2019 release until I disappointingly found out Epic Games paid 505 Games for exclusivity, and not wanting to support this kind of practice I waited a year avoiding spoilers to finally be able to purchase on Steam. So, was the wait worth it? Short answer: Yes. Long answer: See below. However, I honestly believe that this game should be played with as little knowledge of it as possible to deliver a truly unique experience to you.

Remedy have developed a game that is an amazing experience incorporating storytelling, exploration, combat and, most importantly, world building. The Oldest House IS Control's greatest asset, and is definitely the highlight of the entire game. Each area is unique and unpredictable, making you eager to explore. The more effort you put into learning about the world the more you will benefit from it. But it is so immersive that I was actively seeking out more information because it was so interesting. I thoroughly enjoyed reading about an altered item in a document, only to come across the referenced item later exhibiting the behaviors mentioned.

Spoiler-ish:Meanwhile the plot is not that great and is uninteresting, during our journey we are shown all these different images, conversations, recordings, text files in anticipation for a rewarding conclusion, yet we are left with even more questions than when Jesse walked through the FBC's doors. However, I like to believe that Remedy intended for this, as a way to continue the unnerving vagueness that surrounds the Board, the Hiss, and the Oldest House.

Combat mechanics involve two main forms, the Service Weapon and the abilities. The Service Weapon, has five different forms plus one from the DLC. Visually the gun is amazing, ultimately though the gun itself is nothing awe-inspiring, considering we have a world with countless possibilities I wish the developers could have been more creative. The abilities are also fairly lackluster and they consist of Launch, Shield, Seize and Levitate, which all have been done before and are nothing special.

Combat felt repetitive as the Launch ability was ridiculously overpowered and overshadows all the other abilities in comparison. Why do I need to shield if I can just throw a big junk of concrete at my enemy? Each section boiled down to using Launch on difficult/shield enemies and finishing them off with the Service Weapon.

Probably sounding like I hated the combat? Far from it, it was incredibly enjoyable to chuck that piece of concrete and watch the particle effects and destruction, the fact that health doesn’t regenerate promoting aggressive movement, juggling Jesse’s energy and the Service Weapon’s “ammo”, using Ground Slam into a group of enemies, all kept me entertained until the end.

There are also some light puzzles scattered throughout the game, these are designed well and enjoyable. They further complement the immersive environment as the player needs to investigate the surrounding area for clues. The developers aren't handholding you through the game and figuring out solutions to puzzles leads to a satisfying feeling of the "Aha! moment".

My only negative towards this game are the enemies, the Hiss while interesting as a concept are actually quite bland and uninspiring. Most of the enemies encountered are your run-of-the-mill soldier type which are easily dispatched with a single Launch. Then the Hiss Distorted are introduced, and although being frustrating to deal with, made me use other abilities (i.e. Shield) to handle them. These enemies got me excited for more creative enemies to tackle with unique traits. Yet we are then given the same old enemies...now with shields! Fairly unimaginative given the possibilities. Boss enemies while being unique in design, offered no different mechanics than the rest of the game except maybe that one AWE DLC boss.

The entire game is gorgeous. Set pieces are very appealing and the cinematic cut scenes and camera work are directed well. The minimal use of colors with splashes of red makes enemies easily distinguishable.

The audio design gives an incredibly creepy vibe, constant Hiss chants in even mundane areas causes a sense of tension that is palpable. This isn’t your standard horror game with jump scares, even though it certainly felt like it could have been at times. But that constant anxious and unnerving feeling that anything could come at you combined with a creepy environment and sounds was such an amazing feeling.

Character animations are quite good, including the motion capture and facial animations. Courtney Hope has done a stunning performance as Jesse and really brought an interesting character to us. Ahti, Dr. Darling and to a lesser extent, Langston, are other noteworthy and memorable characters, and while the rest of the cast certainly pull their weight, they felt more of exposition delivering characters rather than being fleshed out and unique.

In summary, I could talk about this game for ages but I tried to highlight some key points that stood out for me and not spoil too much of the experience. If you are interested in atmospheric and immersive worlds with interesting concepts and lots of lore then you should definitely pick up this game. Remedy have delivered a top-notch game and I look forward to what they have next in store for us. This is certainly a game I will not be forgetting anytime soon! 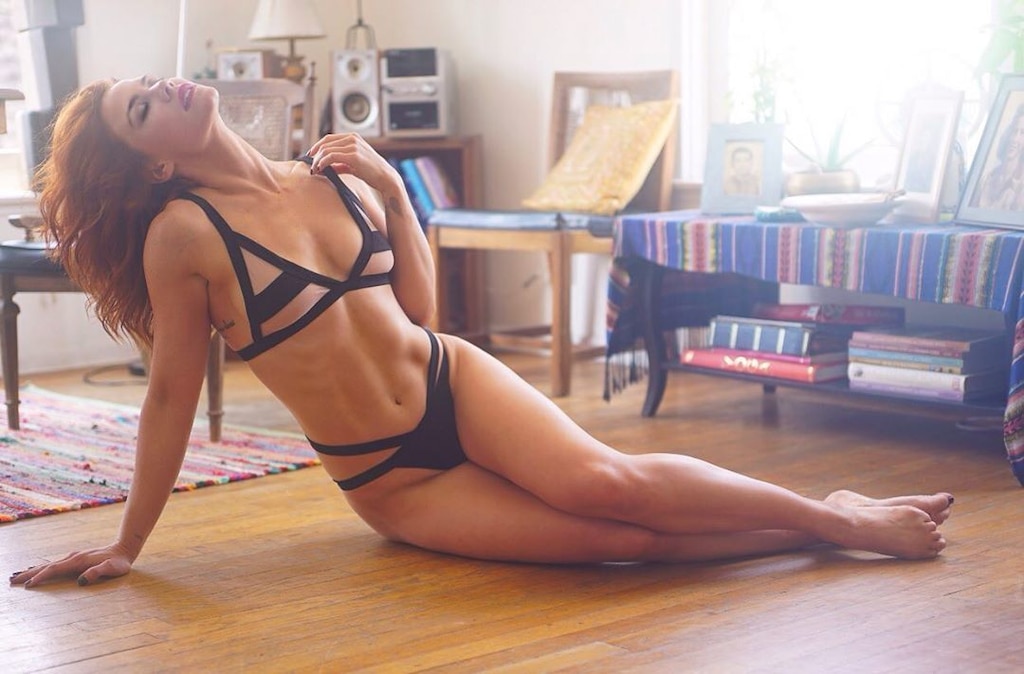 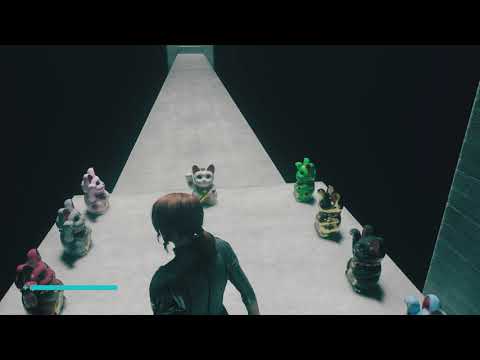 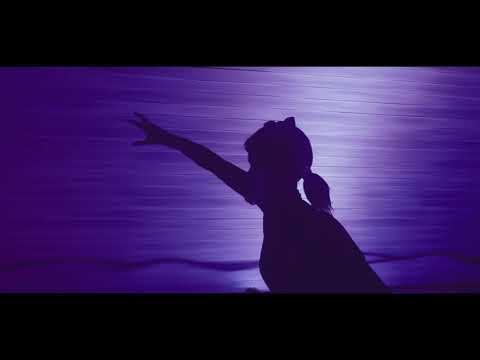 How to Backup / Recover / Control your Control Saves for Steam
Utilize this to make your Control Saves safe in case of an Autosave mishap. You can backup and restore Steam saves with this guide. I am simply putting the information out there for newer purchasers as I couldn't find any official steam guides on the matte...

BoomZoom | КЛЮЧИ за реал
View all guides
any chance for save slots getting implemented ?
you know, like we had in the jolly 90's.
2

theKvinco
View all guides
Steam update coming in the next few days!
Hi everyone! 505 Games here. Just dropping by to let you know that we're planning to launch a Steam update in the next few days. This update will contain the following... PATCH NOTES * Control can now be played offline on Steam. * Removed redundant developer info from the window title bar * AWE content and opening mission will unlock properly when importing save files from the Epic Games Store version of the game. * Fixes to Japanese localization * The Foundation: Fixed a bug that could potentially preven...
139