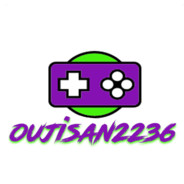 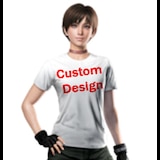 The Game runs flawless on my system constant 60gps prob could do more if my monitor could handle it.

The only complaint is that the story at first seems changed a bit Ada claiming who she is.. and keeping Leon out of the loop unlike the original.. kinda weird.

the USB in the STARS office gets me though like MODISK cmon guys.

Graphics: AMAZING unless you running a potatoe
Sound: You WILL ♥♥♥♥ yourself....headphones 7.1 is the only way to play trust me...Tyrant sounds like two sledgehammers chasing you...room to room
Gameplay: well this might not be for everyone i'm suprised no one ♥♥♥♥♥♥♥ about it...we did when we heard but the 3rd Person kinda worked well in this game cause it kept its horror.. i do wish that i could change shoulders or something...kinda difficult in some angles... Ammo is scarce which is great for a survival horror...just in HARDCORE mode i think they eat too much bullets to the head

Hardcore mode: kinda overkill but this begs to be for people with a stratergy cause its only fair to say its a awesome mode but if you know what you doing cause you could save and then bam you actually saved a stuff up.

animations and acting.. omg excellent its been a while since i have enjoyed something this high in quality even more so than RE7 to be honest.

overall im loving the game.. played Leon A currently with Claire B should be fun.

was little disapointed in some of the weapons.
The Bonus Weapons from Pre-order you cant upgrade them..they suck

the shotgun...the upgrade isnt so much worthy like the orignal there is no kick back and the zombies heads are harder to pop than the original... kinda disapointed in that department.

zombie attack... there is no mashing anything to get you out of that ordeal which kinda sucks they went with the whole RE1 remake mechanic with the knives.. kinda annoying when you saving the knive for later.

Spiders? k could be a Leon A thing but no spiders?


Weapons 2: i have been reading around but doesnt seem like there is a challenge to win/gain infinite weapons ammo for lets say Rockets or Gataling gun... that i hope is not the case cause when in the original we had Rocket launcher unlocked it was most fun blasting everything away to ♥♥♥♥.


otherwise i recommend this game to old and new fans and anyone else.

Should you not like it due to some silly duevo nonsense... serously something wrong with you as a human being. game runs fine
Leave a comment

[TGSA] oujisan2236 Feb 19 @ 3:08pm
Have not played games in a while Sadly well not really sadly have been maybe little busy with work.

CandyFlavoredTwinkTV Dec 31, 2019 @ 6:04am
it was a long time ago i searched up trhe nude leon mod i know where to get it still though send me a message and ill send you the where to get it