Store Page
Cities: Skylines>  Workshop > AmiPolizeiFunk's Workshop
This item has been removed from the community because it violates Steam Community & Content Guidelines. It is only visible to you. If you believe your item has been removed by mistake, please contact Steam Support.
This item is incompatible with Cities: Skylines. Please see the instructions page for reasons why this item might not work within Cities: Skylines.
Current visibility: Hidden
This item will only be visible to you, admins, and anyone marked as a creator.
Current visibility: Friends-only
This item will only be visible in searches to you, your friends, and admins. 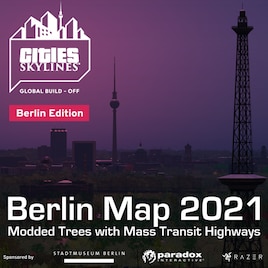 MrMaison
Offline
See all 91 collections (some may be hidden)
You need DLC to use this item. 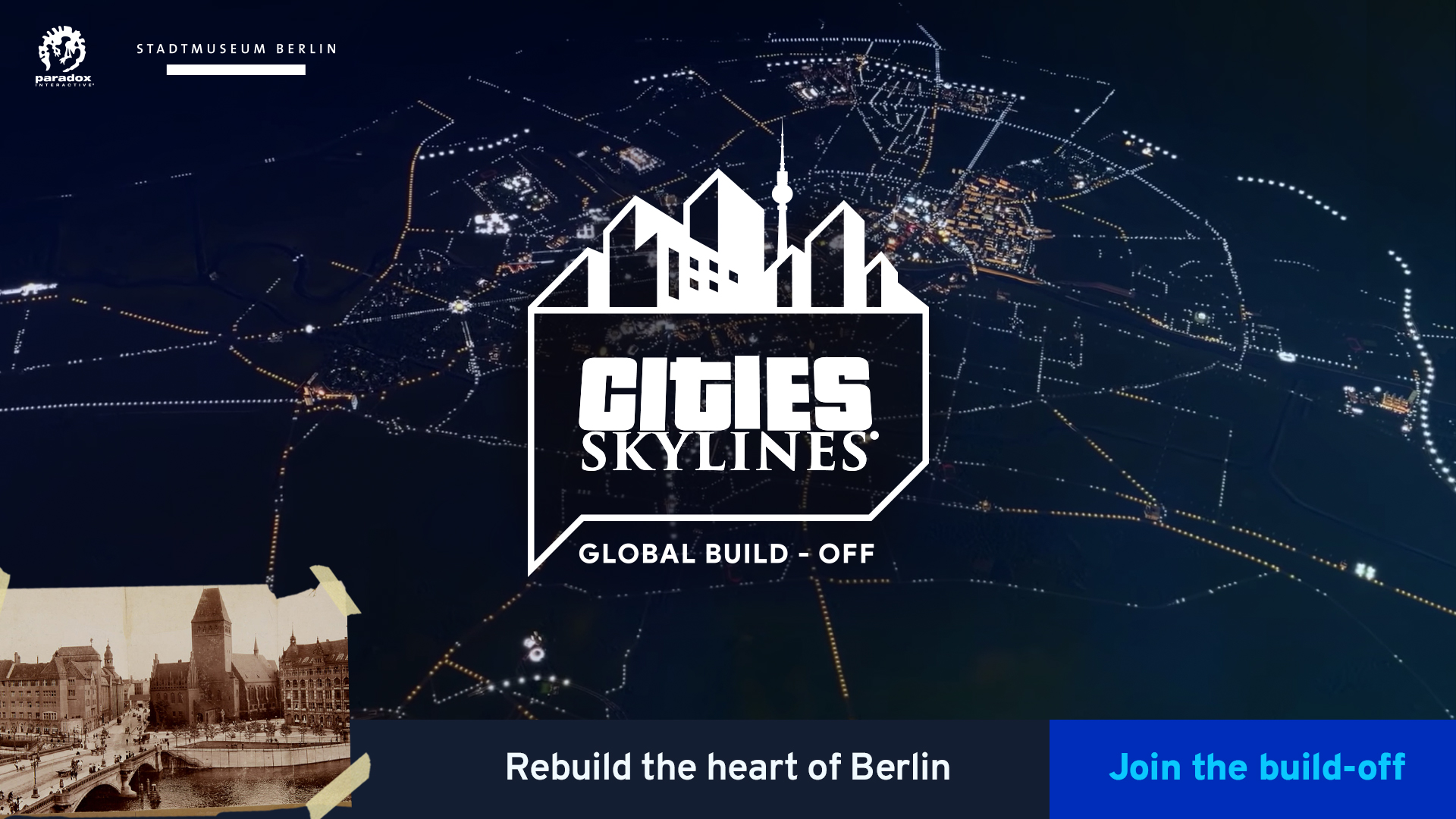 We invite you to embrace your creativity and sharpen your building skills to submit your own interpretation of the famous Waisenbrücke and its surroundings in the Berlin city center. Give us your take on a modern and sustainable 21st century city, focusing on innovative solutions for visitors to access the different locations of the Museum without private cars, but also thinking about how the whole area around the bridge can participate in the visitors’ experience.

"The Waisenbrücke (Orphan Bridge) is one of the lost bridges of Berlin. For more than 250 years, it connected two important districts and played a vital part for the infrastructure of the city centre. When the Märkisches Museum was built in 1908, the Waisenbrücke also became an important factor for the museum visitors. The bridge was destroyed in World War II and was taken down in 1960. Since then, the development of Berlin has been centered around car-access. Today, Berlin wants to focus on the needs of pedestrians and cyclists. A new Waisenbrücke could fulfill this need and establish a modern, non-car connection for our museum locations and for all Berliners in the 21st century.

We are very happy to work with Paradox and Jason to propose this Global Build-off: Berlin Edition competition and are looking forward to your ideas!"

-- Sebastian Ruff, Head of eCulture at the Berlin Stadtmuseum
Check out the announcement on the Paradox forums[forum.paradoxplaza.com] for more info.

The Terrain
The 1:1 scale topography has been scraped from 1m-resolution real-world data provided by the City of Berlin. Regular aerial flights are commissioned and laser scan data is compiled, cleaned, and in many cases manually categorized. The data that we used represents only the ground layer, and not the man-made structures or foliage that exists on top of it. The accuracy of this map puts all of my previous map-making attempts to shame! Big thanks to the Berlin Senatsverwaltung für Stadtentwicklung und Wohnen for helping us find, understand, and use the various data products that they offer.

The Trees
Around 368,000 trees have been plopped exactly where they go! We have converted real-world tree information, including species, age, and height, into data that has been imported into Cities:Skylines. The trees are represented by 56 different custom workshop assets, many of which have been specially created for this project by the likes of Dennis “MrMaison” Beswick and Paul “pdelmo” Delmege. *note: These are by no means all of the trees in the map area -- there's plenty of work left for you (and the tree catalogers) to do!

The Overlays
Super high-resolution overlays have been created to be used with Overlayer v2 Mod. They match the terrain with perfect precision as they have been generated from datasets with the same cartographic projection methods. There are three different images that each come in four different versions.

Required DLC, Assets, and Mods
Get these! Mass Transit DLC for the 2-lane highways, Ami's Berlin Trees collection for the 56 custom tree assets, and three mods so that you can see all of the trees and use the overlays.

allbuilds.org and the new Cities:Skylines BuildBase

[www.allbuilds.org]
allbuilds.org is a new community website that hosts the Cities:Skylines BuildBase, a database for sharing MoveIt! Mod exports. Dozens of Berlin landmarks and mini-builds[www.allbuilds.org] can be downloaded and "Restored" into their precise locations on this map with only a few clicks!

Lenskha Apr 28, 2021 @ 8:13am
Hi !
I love the dedication to make the most accurate map, very inspiring. I'm currently doing the same kind of build, but I was wondering : how did you go from trees data on QGIS to Cities Skylines ? I'm currently using a mod from the workshop to import OSM road layouts, but i'm clueless when it comes to the trees. Thank you

AmiPolizeiFunk  [author] Apr 5, 2021 @ 5:29am
Glad you like it. I still just fly around the map admiring the trees. They are the stars of the show!

sebesams Apr 5, 2021 @ 3:57am
Oh wow, just opened this map for the first time.The level of detail and the accuracy is amazing! Even the trees in my street are right! This will help so much in laying the streets in the right place too :) THANKS!

Schohns Mar 27, 2021 @ 5:25am
@AmiPolizeiFunk Interesting, I hadn't thought of different projections. Thanks!

AmiPolizeiFunk  [author] Mar 27, 2021 @ 5:20am
@Schohns it's not the scale that is different, it's the projection system. this new map uses the projection system that is used by Berlin's city FIS-broker website, which is better tuned to northern Europe than the system that is used for the whole globe by sites like OSM and terrain party. The biggest difference is what seems to be a ~2° rotation when compared to the OSM projection. I too am bringing my build over from my old map and I'm finding it best to do it part by part.

Schohns Mar 27, 2021 @ 4:32am
It seems the scale is slightly different from your previous 1:1 Berlin map, isn't it? I'm trying to import some large MoveIt exports from my old build to the new map but can't get them to line up properly.
I'd love to play on this beautiful map but don't feel like starting over :D

joedawgswimmer Mar 19, 2021 @ 4:18am
wow so great i not only cant get it to download i cant get any help. have fun with your build off

joedawgswimmer Mar 16, 2021 @ 3:03pm
as i follow the click heres....end up at virus scanning cant be completed bedause file is to large try downloading instead...the google drive it opens is my file system....is this where i am point your rar file to. or should i just say F it and not bother anymore. i am fed up.
< >