Store Page
Arma 3 >  Workshop > LAxemann's Workshop
This item has been removed from the community because it violates Steam Community & Content Guidelines. It is only visible to you. If you believe your item has been removed by mistake, please contact Steam Support.
This item is incompatible with Arma 3. Please see the instructions page for reasons why this item might not work within Arma 3.
Current visibility: Hidden
This item will only be visible to you, admins, and anyone marked as a creator.
Current visibility: Friends-only
This item will only be visible in searches to you, your friends, and admins. 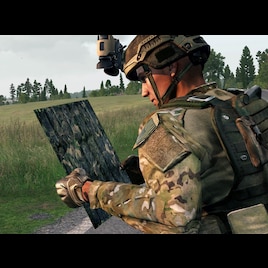 This item has been added to your Subscriptions. Some games will require you to relaunch them before the item will be downloaded.
In 1 collection by LAxemann
LAxemann's immersion essentials

5 items
Description
Re-Uploading the mod is NOT permitted!


What does it do?
Someone in my community (RosenRudel, or short: RR) jokingly said "we have ACRE animations, now all we need are map animations, haha". And the mod was born, though it reaches way beyond animations now.
Immersive maps (Also called: RR_mapStuff) generally revolves around the ACE interaction menu(s) and does the following:


Credits
InstantMuffin for the custom handheld map model!
JR, Adama, Pfleger, Paddyy and Alius for testing! :)
Spacture for the idea!
Leopard20 and Untelo for some brainstorming in the A3 discord
Chinese Translation by mihuan-0! :)
Popular Discussions View All (1)

Buzztr0n Nov 18 @ 6:36am
So basically there would need to be a check if the player is in the process of boarding a vehicle before your map & animation fires.

Buzztr0n Nov 18 @ 6:33am
Hey there! Found a bug - tested with RHS M1A2 tank:
When opening the map while boarding the vehicle (= player is doing the mount vehicle animation), the player holds the map in front while inside the vehicle seat. In this case, I was the driver of the tank, so the map was blocking the tank driver optics and obviously the driver was doing the "holding map" animation so he was visible thru the tank.

kelly Aug 7 @ 1:22pm
Yeah, echoing what Laura said. You can't change settings in the editor and when you do them in game they change back. It's quite annoying, especially since we can't fix it ourselves and reupload.

Ronaldo Messi Gaming (soccer) Jul 13 @ 7:23am
Small update, even when trying to force settings in the server it just resets to default as soon as the server restart thus you cannot change the settings at all.

Ronaldo Messi Gaming (soccer) Jul 13 @ 6:42am
Hey, is there a reason why you cant change the settings in the editor inside the mission directly?
For example I want to disable the option that allows interacting with maps, this setting only shows up in the server tab while in a server though, not in the mission settings directly?

Valmont May 23 @ 3:52pm
Ohhh that is great to know! You deserve a good position and respect indeed! I guess we will see your content now being officially added which is always better for the vanilla gamer and for that first Arma experience. Arma 3 required your mod + too many other mods to really shine. Hopefully BI with a revamped team can remove that over dependency on mods. Which you the best!

Valmont May 22 @ 11:00am
This is Reforger features but done years prior. You never cease to amaze LAxemann. If I was BI I would have rewarded you with the "Legendary Status" among the likes of KK, Leopard, R3vo, Haleks, Grumpy, Alias, Dedmen and now also Webknight. A3 wouldn't been the same without you! PS: Why isn't this on ACE 3 by default by now?

LAxemann  [author] Apr 5 @ 6:27am
=7Cav=Black.A the mod doesn't (yet) change what you see on your map, it just adds functionality for interacting with it.
< >