Store Page
Arma 3 >  Workshop > acemod's Workshop
This item has been removed from the community because it violates Steam Community & Content Guidelines. It is only visible to you. If you believe your item has been removed by mistake, please contact Steam Support.
This item is incompatible with Arma 3. Please see the instructions page for reasons why this item might not work within Arma 3.
Current visibility: Hidden
This item will only be visible to you, admins, and anyone marked as a creator.
Current visibility: Friends-only
This item will only be visible in searches to you, your friends, and admins. 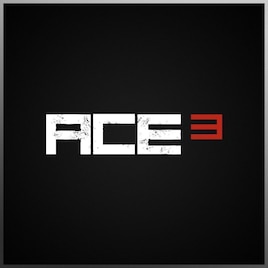 acemod
Offline
See all 84848 collections (some may be hidden)

This item has been added to your Subscriptions. Some games will require you to relaunch them before the item will be downloaded.
Description
Advanced Combat Environment 3 (ACE3)
https://ace3.acemod.org

ACE3 is the collaborative efforts of the former AGM and CSE teams, along with many of the developers from Arma 2's ACE2 project.

This mod is entirely open-source (we are hosted on GitHub[github.com]), and everyone is free to propose changes or maintain their own, customized version as long as they make their changes open to the public in accordance with the GNU General Public License.

ACE3 is built modularly, thus a team can maintain its own tailored version, excluding a select number of components that they don't like, or which conflict with other addons. Larger components themselves, like the medical system and other core features also include various customization options, allowing mission designers and communities to tweak the overall experience.

Additional Features
... and much more