Store Page
Arma 3>  Workshop > JTS's Workshop
This item has been removed from the community because it violates Steam Community & Content Guidelines. It is only visible to you. If you believe your item has been removed by mistake, please contact Steam Support.
This item is incompatible with Arma 3. Please see the instructions page for reasons why this item might not work within Arma 3.
Current visibility: Hidden
This item will only be visible to you, admins, and anyone marked as a creator.
Current visibility: Friends-only
This item will only be visible in searches to you, your friends, and admins. 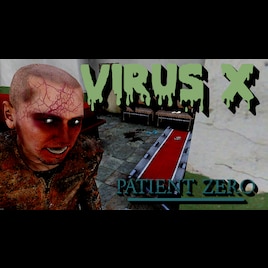 This item has been added to your Subscriptions. Some games will require you to relaunch them before the item will be downloaded.
In 1 collection by JTS
Virus X

3 items
Description
Introduction
Open world post-apocalyptic cooperative mission with a story line. This is the continuation of Virus X - Scientists & Virus X - Antidote. Search for food, ammo and weapons to survive. The nights are dark and the weather is hostile


Description
August 15, 2028. 5 years have passed since the last stalkers made their way to Chernarus to find their comrade who survived after being bitten by an infected.
The survivor was rescued and successfully delivered to the military base of the Russian Federation, which is located near Chernorussia. Everyone hoped that he was an antidote that would help to destroy this aggressive virus.
However, the blood of the survivor could not destroy the virus, but only weakened it. The military created a special fluid that was sprayed with helicopters all over the island.
Now, most infected people are weak and move very slowly. But most importantly that this fluid destroyed the most dangerous type of infected - demons.
So now at night you can move much safer. Not long time ago a group of soldiers on their special mission found secret documents about patient zero,
who was the source of the virus. It revealed that patient zero was transported several times from hospital to hospital at the time of the outbreak.
A group of experienced stalkers who work with the military and have been in infected Chernarus more than once have been tasked with finding a patient zero and taking blood samples for research
as well as collecting all data about patient zero and leave Chernarus


Notes
- This mission doesn't support dedicated server
- Don't use this mission from here (workshop, yellow mission in scenarios). Download it from armaholic and place it in ARMA 3\Missions or ARMA 3\MPMissions.
- In ARMA 3, loading mission from a save does not happen the way you think
- Correct way to load saved game: Go to lobby (Here you see players in slots), go back to mission list (Here you can see and select island), select Virus X - Patient Zero and press 'Continue' button
- Incorrect way to load saved game: Go to lobby (Here you see players in slots), press 'Continue' button
- Use correct way to load the game from a save. Otherwise you may get the slots lost
- Use J button to open tasks
- There are 2 actions when you loot objects: First is from ravage mod, called ' Search' and second is Virus X, called 'Inspect'. So don't forget to check if this action is available
- It is recommended to enable music in your game settings
- Read briefing carefully
- NOT COMPATIBLE WITH ACE and other mods, which change the behaviour of AI (like ACE)
- Be sure you disable all not needed mods before you start the mission (Mission will be disabled if using prohibited mods)
- To avoid problems, it is recommended to run the mods in a specific order (See steam workshop)
- Recommended monitor settings: 1920x1080, 16:9
- Recommended In-Game UI settings: (UI Size: Normal)
- Be careful when pushing objects. Arma doesn't like when you play with its physics
- Don't forget to save the game before leaving the mission
- If host-player die - the mission will be﻿ failed
- If you're a client and you got killed, it is better to load saved game. Otherwise the slot is los﻿t
- You can't save the game when you , for example: Driving a car, in a story scene or toxic rain is in process
- 3 players in cooperative mode
- Sometimes, when you load the saved game - an error may appear. This is some kind of protection against the uknown wind bug that happen on Chernarus. Just follow the instructions and you're good to go

JTS  [author] Jan 20 @ 12:34am
@Nikita Khrushchev This mission also doesn't support dedicated server. Will update mission today so no one can play it on dedicated

Nikita Khrushchev Jan 19 @ 2:02pm
I just closed the server I was hosting the mod on to restart my progress. But when I try to click play again nothing happens.
< >