Store Page
Arma 3>  Workshop > barbolani's Workshop
This item has been removed from the community because it violates Steam Community & Content Guidelines. It is only visible to you. If you believe your item has been removed by mistake, please contact Steam Support.
This item is incompatible with Arma 3. Please see the instructions page for reasons why this item might not work within Arma 3.
Current visibility: Hidden
This item will only be visible to you, admins, and anyone marked as a creator.
Current visibility: Friends-only
This item will only be visible in searches to you, your friends, and admins. 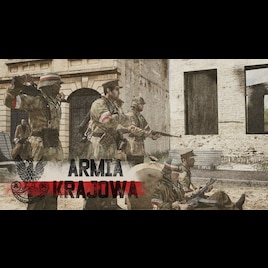 barbolani
Offline
See all 602 collections (some may be hidden)

This item has been added to your Subscriptions. Some games will require you to relaunch them before the item will be downloaded.
Description
The whole Antistasi Editions List:

New in Antistasi? Here is your tutorial vid
Tutorial II

- Foreign Politics / Civil Support System
- Chernarus (Poland) is in an All vs All war with the following factions fighting eachother: Wehrmacht, Soviets and Armia Krajowa.
- MP PvP Element: Players may join a SpecOp counterinsurgency squad and try to disturb AJ operations.
- Around 18 possible Sidemissions which may happen everywhere. Assasination, Logistics, Destroy Assets, Rescue POWS, Conquer Missions in a wide variety on each type.
- Possibility of Undercovered Operations, same as a Resistance soldier can do.
- AI Enemy Commander which reacts to your movements and manages his resources.
- Persistent Stat Save System: You won't loose game or server progress upon a game update.
- Enhaced AI Squadmate control.
- Playable in SP, MP, and persistent open server MP.
- Unlimited Headless Client supported.
- Cooperate while compete to be the commander of your side (MP Only)
- Build minefields, improve bases with static weapons which AI will use.
- Tanoa and it's forests get destroyed as long as the war evolves.
- Integrated Mods: TFAR, ACE3, ACRE, FFAA and RHS. None of them mandatory.
- MANDATORY MODS: IFA AIO LITE, CUP Core, CUP Maps and CBA.
- Real feel of a polish guerrilla fighter.

Docs and manuals are still on roadmap, but Altis edition docs should be enough for almost everything.

- Mortar Squads are not working well for unknwon reasons.
- IFA does not suit 100% of Antistasi needs, but most of them. You may find weird vehicles here and there (civilian boats, lack of cars and trucks)

Please rate up the mission if you like the concept. The more players we are, the better mission we will have thanks to comments, suggestions and bug reports.

You know I make this for fun, but I will really appreciate your donation for all the effort and hours spent into this. This is the donation link[paypal.me]
Popular Discussions View All (29)

Modern factions and weaponry in the game
The Cucked One

Carrot King May 28 @ 12:35pm
I know right, never seen this glitch before. Also the Russians aren't garrisoning anything besides the airfields. Mainly the APC thing though, because attacks last forever since the APC's arent moving, they just sit where they spawned but aren't actually there. The tank still spawns fine and moves and stuff, its just the APC's

Carrot King May 24 @ 2:52pm
The FG42-G is invisible due to the mod, but Mr. Barbolani, when APC's spawn, during attacks and things, they are either invisible or under the ground. They can still shoot, still turn on headlights, but nothing is there. Any help on this would be much appreciated. :D

LykosNychi May 16 @ 4:19pm
Flak appears to be seemingly ineffective. My friend and I have just spent over five minutes on two Flak 30s firing at the same 3 or 4 russian planes. We had multiple confirmed hits (we could see the puffs as the rounds detonated on target) with seemingly no effect. The AI at lvl 4 also does nothing against them when using Flak 30 emplacements.

barbolani  [author] May 13 @ 12:15pm
@Kitteh!: the mission detects them automatically as long as you initialise those mods in the server, dont init IFA and done.

@Red Lantern Nihilus: because it's an anti troll feature for MP purposes. Dont play solo on MP, Antistasi is playable in SP.

Red Lantern Nihilus May 12 @ 3:22pm
Wtf is with that dumb warning? I placed some TNT in solo to see if I'd be spotted for it and it just froze my game and said a bunch of patronizing BS.
< >