Store Page
ARK: Survival Evolved >  Workshop > darklore's Workshop
This item has been removed from the community because it violates Steam Community & Content Guidelines. It is only visible to you. If you believe your item has been removed by mistake, please contact Steam Support.
This item is incompatible with ARK: Survival Evolved. Please see the instructions page for reasons why this item might not work within ARK: Survival Evolved.
Current visibility: Hidden
This item will only be visible to you, admins, and anyone marked as a creator.
Current visibility: Friends-only
This item will only be visible in searches to you, your friends, and admins.

darklore
Online
See all 11161 collections (some may be hidden)

This item has been added to your Subscriptions. Some games will require you to relaunch them before the item will be downloaded.
Description
Mod Id: 1295978823
Mod is clean and stackable.

Spawn creatures, harvestable resources, loot crates, or nests anywhere!
Make your own biomes! Customize ANY map however you want to!


This mod:
- Adds creature spawners that spawn creatures (including modded ones!) in an area, or globally!
- Adds placeable nests that will spawn eggs or babies from any nearby creatures.
- Adds a loot spawner that spawn any Beacons, Loot Crates, OSDs, or Element Nodes you want in an area, or globally!
- Adds a resource spawner that can spawn harvestable trees, rocks, bushes, etc. in an area, or globally!
- Adds a Creature Summoner, which allows players to exchange items in order to summon creatures or loot crates.
- Adds a gun that can send commands to the spawners, and copy settings between spawners.
- Adds structures you can place anywhere: Charge Node, Wild Plant Species Z, Gas Vein, Water Vein, Oil Vein, Obelisk Terminal, and City Terminal.
- Adds a No Build Zone, which prevents anyone from building in an area.
- Adds a Radiation Zone, which makes an area radiated like in Aberration.
- Adds a Prevention Zone, which has options to prevent the following within the zone: Flying, Grappling Hooks, Cryopod Deployment, Damage to Structures, PvP Damage to Players/Creatures.
- Includes a User Interface to locate and manage spawners and structures in this mod.


Other Info
- Works on ANY map!
- All of the items in this mod are optional. For example: if you only want to set up a unicorn spawn in an area all you need to do is place one "Creature Spawner".
- The spawners have almost any option you could ask for.
- Any items you want to use in this mod must be spawned in and set up by a server admin by entering the Simple Spawners Menu.
- The spawners are invisible to anyone that does not have the simple spawners buff, which is given to you when you enter the Simple Spawners menu.
- Shift F10 will bring the Simple Spawners Menu back up if you still have the Buff.

FOR SINGLE PLAYER, PUT: -preventhibernation IN YOUR LAUNCH OPTIONS (not required, but will help control overspawning.)

Use the following command to enter the Simple Spawners Menu to access all the features of this mod:
admincheat scriptcommand simplespawners
-MOD SPAWN CODES-

-Report Bugs or give Feedback-

Check out my other mods: 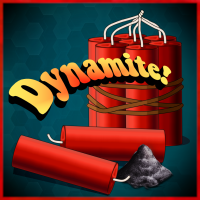 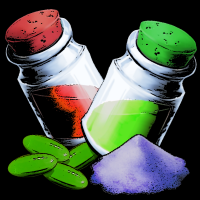 Ramyshamy 17 hours ago
so i just got around to messing with the light spawner in this mod and holy crap is it awesome. was able to make some really nice looking waterfalls using the lights. thanks for adding that one in :)

Taken Nov 25 @ 9:54am
thanks darklore for making this mod :) back on my console days i wish i had something like this back then, its really awesome to have especially for someone running server it helps so much. an issue we had with our servers before was trying to make sure dino spawns didnt get ruined by player builds or trying to add dinos to a map that didnt spawn there regularly i know this mod does so much more with drops and stuff but i just wanted to say thank you

IchWillDenMistNicht Nov 24 @ 11:29am
You are right, it seems that every mod over the size of 48 MB makes the game stop loading. I did not use bigger mods, so I could not know. Sorry for this conclusion. But I really don´t know what´s going on with the game. Two times I lookes for compromised data by using steam (I don´t know which words u use in english for the process, but I´m sure you know what I mean.) So I began to uninstall every mod I use, test every sinle and load the game and yours was the only one at that time where the problem came up. But today I know it better. And the download can´t be corrupted, I deleted the files in my workshop files first in the shop and deleted them after that manually and also deleted the files in the ini, every single number was proofed.

IchWillDenMistNicht Nov 23 @ 4:57am
Load bug, please look at the bug section. Game does not load any mor if this mod is active.

SteveHybrid Nov 20 @ 11:40pm
Ryebry - for an easy bypass just use the blueprint path and add it as a custom Dino.