Store Page
RimWorld>  Workshop > Gouda quiche's Workshop
This item has been removed from the community because it violates Steam Community & Content Guidelines. It is only visible to you. If you believe your item has been removed by mistake, please contact Steam Support.
This item is incompatible with RimWorld. Please see the instructions page for reasons why this item might not work within RimWorld.
Current visibility: Hidden
This item will only be visible to you, admins, and anyone marked as a creator.
Current visibility: Friends-only
This item will only be visible in searches to you, your friends, and admins. 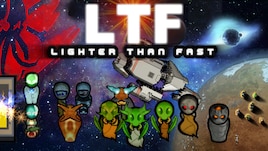 This item has been added to your Subscriptions. Some games will require you to relaunch them before the item will be downloaded.
In 1 collection by Gouda quiche
Lighter Than Fast Collection

Mantis - A race to kill them all
Special
Race traits

Other FTL inspired mods
Be sure to check these mods that are also inspired by Faster Than Light, enjoy :)

Stand alone versions
They are are marked as incompatible with this Lighter than fast mod: Since they use the same definitions, they would pop up harmless errors.

Pearific Sep 16 @ 7:26am
Can't wait until it is all done! Love the way you've out FTL in Rimworld. Two of my favourite games in one. Hell yeah!

Gouda quiche  [author] Sep 10 @ 9:37am
Some races have been updated, some others have not. I need to have them all updated to release this one.

Pearific Aug 5 @ 1:51pm
Can't wait for 1.3. Love FTL. Love Rimworld. This mod has become essential for my playthroughs. Make the rim feel much more vast and alive, and makes you play differently. Not only skills and traits you look for, but you chose from a vast amount of species. Heckin' awesome!

Gouda quiche  [author] Jul 27 @ 9:37am
Thank you for telling me. I will take it step by step, meaning 1 race after the other. LTF will come last.