Store Page
Arma 3>  Workshop > bwmod's Workshop
This item has been removed from the community because it violates Steam Community & Content Guidelines. It is only visible to you. If you believe your item has been removed by mistake, please contact Steam Support.
This item is incompatible with Arma 3. Please see the instructions page for reasons why this item might not work within Arma 3.
Current visibility: Hidden
This item will only be visible to you, admins, and anyone marked as a creator.
Current visibility: Friends-only
This item will only be visible in searches to you, your friends, and admins. 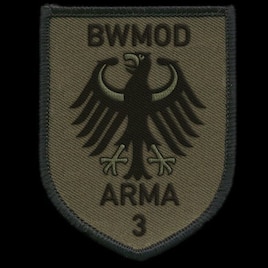 bwmod
Offline
See all 3864 collections (some may be hidden)

This item has been added to your Subscriptions. Some games will require you to relaunch them before the item will be downloaded.
Description
Version 2.3

The Bundeswehr - Modifikation is a community of interest for the computer game series Armed Assault, whose goal is to make Bundeswehr material accessible in Arma 3. The main focus is on vehicles, weapons and equipment that have been or will be acquired by the Bundeswehr in the time period of 2005-2020, such as the IdZ system or the SPz Puma.

Older versions of the mod can be downloaded here:
http://www.bwmod.de/index.php/inhalt/download

The source code of the BWMod is public, except for the models, the textures and the sounds. Here you can also help and contribute to the development of the BWMod:
https://git.koffeinflummi.de/bwmod-team/bwa3-public

In order to use the BWMod under ACE3, the "ACE3 - BWMod Compatibility" modification is required. You can also download it from the Steam Workshop.

Decals on the Dingo are glowing
Mr. Bigger PP

[SF] Lord1385 May 7 @ 4:52am
Hello, I have a small problem, I am with the BWMod in the Trader When uniforms no images displayed. I have now tried the following classnames: BWA3_Uniform_Fleck, BWA3_Item_Uniform_Fleck with both I have no success.
Everything else (vests, helmets, backpacks) works.
Can someone please tell me where the error is?

Aggr0  [author] Apr 30 @ 9:08am
@Carrick
Retexturing is allowed as long as the whole modification is still loaded.

Carrick [Red Devils] Apr 29 @ 12:08pm
Hey was wondering what is your policy on retexturing vehicles. It’s for our units modern alive server, any texturing I’d do would be made assessable on the workshop and I’d give credit to BWMod Of course.

.:Jinjer  [author] Apr 22 @ 9:50am
@Per_von_Harke
It is most likely the incompatibility with other mods loaded.
Disable ALL mods besides BWMod and CBA_A3 and try again.
< >