Store Page
Arma 3>  Workshop > HyphenTorpedo's Workshop
This item has been removed from the community because it violates Steam Community & Content Guidelines. It is only visible to you. If you believe your item has been removed by mistake, please contact Steam Support.
This item is incompatible with Arma 3. Please see the instructions page for reasons why this item might not work within Arma 3.
Current visibility: Hidden
This item will only be visible to you, admins, and anyone marked as a creator.
Current visibility: Friends-only
This item will only be visible in searches to you, your friends, and admins. 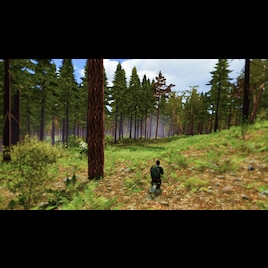 HyphenTorpedo
Online
See all 16 collections (some may be hidden)

This item has been added to your Subscriptions. Some games will require you to relaunch them before the item will be downloaded.
Description
Years after the nuclear fallout blanketed the Mediterranean, Middle East and part of the Eastern Bloc with the infectious fungal spores, new life has begun to take root in Esseker.

With the newly reformed IDAP bringing much needed aid and supplies to the region with the assistance of the US Marine Corps, bandits, looters and robbers have also begun to spread throughout this post apocalyptic region.

Alongside these new developments, rumours abound of old documents relating to the Chimera corporation, and the horrible experiments they conducted here. Not only that, but even older rumours suggest an ancient horror once lurked in the forests, before the infection began, and that the Chimera Corporation may have been involved, somehow.

You are whoever you are; a local, a scavenger, a mercenary or a soldier, but you've been tasked with the promise of a lot of money to secure valuable documents. It's up to you to find them, to keep yourself safe, and to uncover the secrets of Esseker. Good luck, agent.


As is usual in these missions I make, there are a few notes spread around. They're in what I would call 'interesting' areas. If you have trouble finding one, just ask and I'll provide a location. However, some of the screenshots may or may not reveal the locations of notes as well ;)

Many thanks to Jboy for his dog pack script, and to Vandeanson for his script for it to spawn. I'm not 100% sure if it's working on Esseker but it works on other maps. Let me know if they do or don't spawn. Link to Jboy's script: https://forums.bohemia.net/forums/topic/196998-jboy-dog-v15-updated-12212018/

Many thanks to Kevin Macleod for his music and for letting people use it with attribution. Link to music used: https://filmmusic.io
"Whiskey on the Mississippi" by Kevin MacLeod (https://incompetech.com)
License: CC BY (http://creativecommons.org/licenses/by/4.0/)

Some custom sounds used are from Freesound.org: https://freesound.org/

Requires Ravage! Get it here: https://forums.bistudio.com/forums/topic/183264-ravage-mod/

Enhanced Movement (will help a lot and I always reccomend this!) https://steamcommunity.com/sharedfiles/filedetails/?id=333310405

Advanced Urban Rappelling (very useful all around mod for getting down from high ledges) https://steamcommunity.com/sharedfiles/filedetails/?id=730310357

TPW's Mod (is shown as the mist in one of the screenshots, helps with hunting animals, and is highly customisable but I'd reccomend disabling ambient civs, vehicles, boats and fly-bys, as well as most of the ambient SOAP sounds since they ruin the atmosphere) https://forums.bistudio.com/forums/topic/154944-tpw-mods-v20170912-enhanced-realism-and-immersion-for-arma-3-sp/

The Birds and the Bees (good fun, adds a bunch of muscle cars that you can find around the place) https://steamcommunity.com/sharedfiles/filedetails/?id=572203891

LUTs by Solano (It's what I used when taking the pictures in-game, and adds a whole new feel and visual ambience to Arma 3) https://forums.bistudio.com/forums/topic/183128-real-light-reshade-preset-by-solano/

And a big thank you to the Bohemia community! Without all of your help, I wouldn't have even known where to start with these missions!

Another big thanks to the makers of the mods that I have used in this mission! You guys are all incredible!

Another thank you to ALIAS for his amazing scripts! Check out his channel here: https://www.youtube.com/user/aliascartoons/videos?disable_polymer=1

If I have forgotten anything such as a mod, I apologise. Let me know and I'll add it in here. Please also report any bugs you find and I'll see if I can't squash 'em!

(APPEARS TO NOT HAPPEN ANYMORE but just in case, I'll leave this here) A little side note: if anyone has an out of memory crash playing this or any other of my scenarios, here's a work around that might help. Unpack my mission from the PBO, load it in editor first, then go to scenarios menu and load my mission from there. That seems to help just about all of the time for me, and hopefully works for you as well.
< >
139 Comments

Johnnyboy Jan 13 @ 8:48am
Gteat work HT! And to all you players: remember to pet the nice doggies.

HyphenTorpedo  [author] Jan 12 @ 12:29pm
Thanks for reminding me Kodabar, I'll add it in as a requirement!

HyphenTorpedo  [author] Jan 10 @ 6:45am
I'll need to download the new Esseker map and take a look at it. There's more than just the SQM I'll need to move too, there's placement of many objects, notes, units and script that'll need to go over as well

Hans(z) Jan 10 @ 3:07am
Hi, you can change Esseker to new Esseker with buildings and other things from Contact dlc.
https://steamcommunity.com/sharedfiles/filedetails/?id=1922007553&searchtext=esseker
Probably you can it can be converted by copying mission.sqm file to new mission on New Esseker map.