This user has also played as:
Some guy that mods stuff and slaps your shit 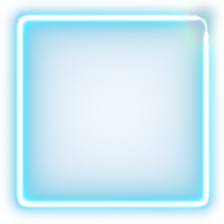 Co-Developer of "Dark Evening" for Half Life 2 and Garry's Mod.

Boboscus
In-Game
The Lord of the Rings Online™

Eltra
Offline
General Info
- Be a good fella and let me know why you're adding me. Random friend requests and generic reasons will be ignored.

- All the addons and ports that I've published have everyone who worked on the original addon properly credited for everything that they've done, along with the original addon's link. If you're the author of a model that I've ported and you'd like to be added to the "Creators" tab as well, just get in contact with me, I'd be more than happy to do that. Same goes if you want the addon to be made private instead of public for whatever reasons that you might have, I always respect the original author's wish.

- I have never advertised or sold anybody's model nor have I ever claimed it as my own model. All commissioned ports are created by people who specifically contact me to port a model that they want to Garry's Mod. I am NOT paid for "selling someone's model to someone else", I am paid for the time and efforts that I put into porting a specifically requested model to Garry's Mod.

- I do private requests for a price. Check the "My Source Engine Skills" tab below to see what I can do if you're interested in placing a commission request.

- I will not handle your request for free, don't bother asking.

- The payment for a private request can be done with Steam Giftcards or Marketable Steam Inventory Items such as CSGO/TF2 keys and skins.

- I don't accept requests from low level or private profiles.

- Due to it's specific scripted aspects, Ragdoll Mover will not always work with every model I port, the outcome is very random.

- I'll include a "Loose" version of the ragdoll in a ported model only if the guy who's payin' for the addon wants it, otherwise it won't be created for the final addon. The Loose ragdoll variant doesn't cost anything extra, it's just up to preference if the fella wants it or not.

- If you enjoy using my addons and want to support me, I also accept donations.

- GTAV to Garry's Mod ragdoll ports. (15-20 Euros for 1 Model, depending on difficulty of model)

- Playermodel / NPC to Combine Replacements. (Not Available For Commissions)

- Sourcemod to Garry's Mod ports. (Not Available For Commissions)

Some Positive Changes...
My addons have become a little bit more streamlined:

- While the layout will be the same, the corny gags and cringe-ass descriptions are gone. The descriptions will now be more compact and neatly describe what the addon contains with an occasional joke here n' there.

- There will now be a new "Addon Type" section at the start of the description to clarify the type of the addon.

- I'm all ears for joking and meme-ing with each other but spamming any sort of copypasta or behaving like a moron in the comments will get you instantly blocked from all my Workshop Content without any warning now.

My Addon Types
[SFM 2 GMOD] - Addon that adds a ragdoll port of a SFM model to Garry's Mod. The ragdoll is highly improved to be very realistic and visually pleasing.

[XNALARA 2 GMOD] - Addon that adds a ragdoll port of a XNALara model to Garry's Mod. The ragdoll is highly improved to be very realistic and visually pleasing.

[GTAV 2 GMOD] - Addon that adds a ragdoll port of a GTA V model to Garry's Mod. The ragdoll is highly improved to be very realistic and visually pleasing.

[COMBINE REPLACEMENT] - func_door's favorites. Addon that replaces all the 4 Combine Enemy Types encountered in Half Life 2 and Garry's Mod with the specified model in the addon. There might be slight differences between enemy types to make them easier to spot. Best used when playing Vanilla or Custom Half Life 2 maps and even maps from func_door's RTSL Collection.

[GAME FILES PORT] - Addon that adds a ragdoll port of a model ripped straight from the original game files. The ragdoll is highly improved to be very realistic and visually pleasing.

[QOL ENHANCEMENT] - Addon that enhances an existing Garry's Mod model with further improvements such as improved hitboxes and ragdoll physics.

[SOUND OVERHAUL] - Addon that changes a particular sound such as weapon sounds. 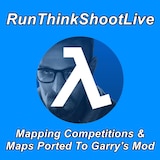 RunThinkShootLive Mapping Competitions, SourceMods & Maps Ported To Garry's Mod
[h1]You should subscribe to all the addons but ENABLE ONLY 1 ADDON AT A TIME! The category system is a bit rubbish and sometimes fails to work properly by putting some maps to "Others" instead of the appropriate category. Be sure to check the "Others" Cate 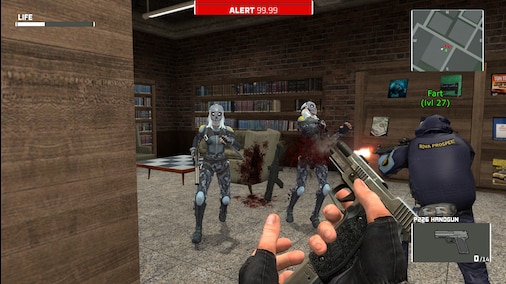 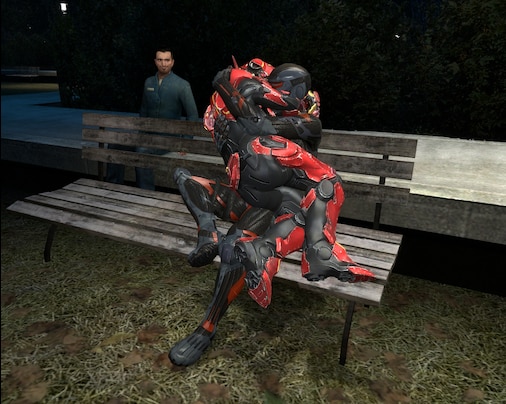