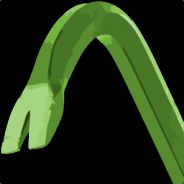 Decompile, Compile, and View GoldSource and Source Models in a Convenient Interface

A year and half between updates is much too long.

Rottweiler Jan 12 @ 6:18pm
shared this to help people with jigglebones https://github.com/gigajew/jigglehelper they can be really tedious

first name elden last name ring Jan 10 @ 1:18pm
how do i turn an smd file into an mdl (and those other vtx files)

Jan 1 @ 2:07am
For compatibility with c4d, enable the Decompile option "Format for stricter importers".