This user has also played as:
Jim Diaz Prime Runner
100 XP
If you're looking for fair trades, send an offer . It is not necessary to message me to say you sent or want to send an offer. Steam notifications work just fine.

Fury Fairy
Online
Fair Trades Because Spite, That's Why.
There is a funny story behind why I offer fair trades. It all started back when cards were first added back in 2013. At the time I was playing an awful lot of Awesomenauts, and intended to craft 5 full sets to max out that badge. Turns out with 14 cards in the set, times 5 full sets, getting the 70 exact cards I needed was pretty hard to do. So I went to the trading forums to see what I could do about that. I had a pretty good sized inventory, surely I could find something. What I found was thread after thread after thread which required I give up 2 cards in exchange for the 1 I wanted. And frankly, that ticked me off.

Steam Card Exchange
It wasn't long before I found out about Steam Card Exchange [www.steamcardexchange.net], a fantastic resource for card trading. It produces a nice, stable value for each set of cards by looking at the value of the whole set, rather than depending on the fickle whims of whatever the market thinks an individual card is worth today. Their trading bot accepts fair trades and gives you credit if you overpay, which then applies towards the next card you ask for. Through that bot I was able to get a whole bunch of Awesomenauts cards over several weeks.

The Act of Spite
As it turns out, I am a very petty man. I was still irritated about the guys who were demanding 2 of my cards in exchange for 1 of theirs. So, I kept gathering an inventory of Awesomenauts cards until I had a fairly good amount. And I went to the forums to wreck their day. I started offering 1:1 fair trades. All just for the sake of spite. People were really happy to see someone willing to trade fairly with them, and I got a lot of "thank yous" from people. It felt pretty good. A lot of people would post in my trade threads praising me and calling me awesome. Really, I was just petty.

An Unexpected Twist
Then something started to happen. People started, uhh, giving me more than what they were asking for. People would offer me "tips" or throw an extra card my way to say "thank you" for giving them fair trades. That always seemed a bit odd to me. Like some people are just so happy to see someone willing to trade without demanding extra cards, that they're now willing to give up extra cards as a thank you for not demanding extra cards. People keep telling me they do it because they want to support a fair trader and know that if it's given to me, it'll make me better able to trade fairly with more people. These donations were never expected, never asked for, but I did accept them. And they did help. Eventually I was able to get a good stock of cards from another game and I was able to offer fair trades there. And then another game. And then another. It got out of hand after a while and realized how much time I was putting into just making more and more fair trade threads. Wasn't this supposed to be just a petty act of spite? Is this how far I'm willing to go just to spite some jerkwads?

Yes. Yes it is.
I offer 1:1 fair trades on virtually my entire card inventory. Occasionally there will be some cards from sets I am collecting in there but generally I toss those to an alternate account when the set is finished so they don't get mixed up in this.

I use Steam Card Exchange [www.steamcardexchange.net] to determine values, because that's a much more stable price system and that's where I eventually dump cards off anyway when I can grab something more desirable off of the bot. You should know that those coupons have 0 value and gems have a market value and are worth considerably more than whatever trivial amount you get from turning a card into gems.


Feel free to add me if you want to easily find me when you need something. Feel free to try checking me with Steam Trade Matcher [www.steamtradematcher.com] which is another useful tool you should be using if you're collecting sets. And feel free to go forth and offer fair trades to everyone else. It might just work out for you.

Items Up For Trade
4,839
Items Owned
24,700
Trades Made
532
Market Transactions
Is that how many trades I've done? Christ. That's a lot.
Favorite Group 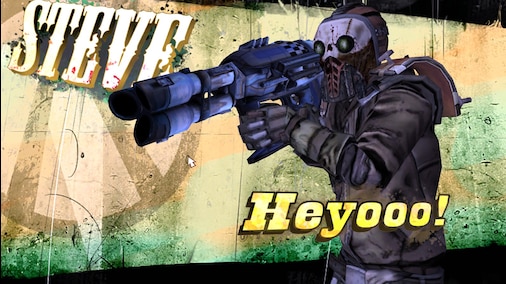 DR4K3 Dec 30, 2020 @ 6:26pm
One of the steam trade community members promoting fair trades, my special thanks on helping no only me as well as others. Best of wishes for the arriving 2021