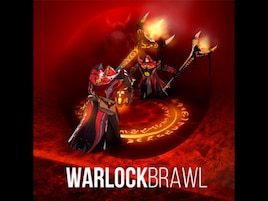 Is the WC3 Warlock map still being developed?
Yes, and version 1.01 is expected to be released very soon.
Популярни дискусии Всички (14)

Napoqe 15 март 2019 в 14:26
I did one more update of the translation of the mod. And with this using standardization that has in Dota 2, that one part adds this following helpful text. In English: Skill Name or Item (in the Brazilian version).
This update is up to date, contains translations of the new Twin skill and Fireball upgrade in the store.
With March updates, the translations of the Resource folder are appearing, but in the game it shows wrong, not accepting some Portuguese language characters like accents, ç, etc. I looked at the source code, there it is correct but not in the game.