Store Page
Arma 3 >  Workshop > Atlas1205's Workshop
This item has been removed from the community because it violates Steam Community & Content Guidelines. It is only visible to you. If you believe your item has been removed by mistake, please contact Steam Support.
This item is incompatible with Arma 3. Please see the instructions page for reasons why this item might not work within Arma 3.
Current visibility: Hidden
This item will only be visible to you, admins, and anyone marked as a creator.
Current visibility: Friends-only
This item will only be visible in searches to you, your friends, and admins. 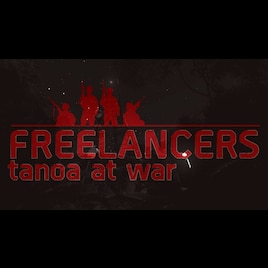 Atlas1205
Online
See all 262 collections (some may be hidden)
You need DLC to use this item.

This item has been added to your Subscriptions. Some games will require you to relaunch them before the item will be downloaded.
Description
There WILL NOT be any update for this old scenario. A remake is on the way (sort of. I'm not actively working on it).

To reset your progress:
SP: press 0-0-7
MP: either turn on reset in parameters, start the game , then exit and restart once you see the map, or manually delete server's variable saves.

Also, reset seems not working right without rebooting the mission once immediately after the game gets to map/briefing.

This sandbox mission is greatly inspired by Far Cry series.
You take the role of a man who fled this homecountry, Tanoa, with his mother, at a very young age due to the boiling civil war between the royalists and the nationalists. His father died when general Solomon - as known as 'the Vulture', usurped the power from the royale, and with the help of eastern super powers, almost killed off all nationalists.
Twenty years later, with the experience of several years serving in the U.S. Army and a dying wish from mother, the protagonist returns to his birthplace, to seek vengence against the man who mercilessly killed his father.

-A fun, action-packed sandbox & single-mission campaign and several side quests.
-A shop system for players to buy and sell weapons, clothing and vehicles at will.
-Gun shop supports vanilla, RHS and SMA weapons; NIArms weapons are added but pricing is still WIP. All weapons' prices are subject to changes.
-20 safe houses across the map avaliable for purchase. You can save player's gear, location and money in the bed at safe houses; a stash crate is also avaliable at each safe house to store equipments for later use.
(NOTE: As long as you have saved using the bed, your status/progress will automatically resume even if you click "replay", unless you reset the progress manually. You don't need to resume the previous save to get your progress back.)
-11 radio towers for players to hijack and reveal hidden POIs on the map. (Most POIs are still WIP)
-Random friendly/enemy patrol teams/vehicles. The southern areas are controlled by the Royal Army(enemies) and the rebel(friendlies), and the north is controlled by CSAT.
-Ambient traffic and civilians - Tanoa is teeming with life.
-Recruitable civilians - hire them to fight by your side. Hired civilians randomly pick a gun from the weapon list
-Lootable enemy corpses for cash. Different factions yield different amounts of cash.
-Tired of all those fancy UI floating all over the screen in some missions? This one got none. It doesn't have any kind of bothering displays, I tried to keep things simple and at a minimum.
-33 hand-placed, capturable outposts for you to conquer.
-Property system - you can purchase numerous properties for long-term income. later on i will make properties more useful.
-An Arena for players to challenge their skills and earn money. It is rather crude at the moment, but later on i will improve it.

Supported Mods (all optional, but are highly recommended)

NIArms series (added, not yet detailedly priced. Toadie's shop can be found at Georgetown)
http://steamcommunity.com/workshop/filedetails/?id=665702172

Shoulder mounted lights (for those who want more light)
http://steamcommunity.com/sharedfiles/filedetails/?id=832551294

V0.25 Hotfix
-Fixed a typo in codes that prevents main quest 4 from being completed.

I've spent hundreds of hours on this mission, and still working on it for more content. Life has not been easy for me this year. If you would like to support me, you're welcome to toss a few dollars at
Paypal: 921034837@qq.com
OR
Patreon: https://www.patreon.com/atlas1205
(I prefer paypal, since i'm very unfamiliar with Patreon)
If you don't want to for any reason, feel free, no hard feelings.

felipegasa May 22 @ 7:05pm
There are scenarios like this, in other maps? freelancer style?
It´s a greeeeat job bro!!!

Atlas1205  [author] Apr 19 @ 1:46pm
As for mission settings, I think that's an Arma problem. The multiplayer parameters always get reset, unless you edit the file with them and change the default values.

ToRTUGa Apr 19 @ 12:11pm
Hi. We can`t take jobs from the job boards. It says "Error: No unit: Job list updated" (I can show screenshot). And our mission settings always resets after restart

Пт на герыч Apr 15 @ 10:25am
We reached the 9th mission, where the helicopter was shot down. Then we do not understand what needs to be done, tell me.

Right now the version I've been working on has a general framework in place. If I stuff it with mission objectives, it will at least have something to play with. However I can't find time nor motivation to do much about it recently.

If I ever put out a playable Beta, I'll notify you here.

󠀡󠀡󠀡󠀡󠀡󠀡Marc🦈 Oct 20, 2021 @ 5:53pm
Fair enough. If you ever get the chance, maybe you could work with Lola. They've created a very good successor called "Deadzone: Vietnam" and is on par to something akin to Far Cry 2 in Arma 3.
< >