Store Page
ARK: Survival Evolved>  Workshop > Ertosi's Workshop
This item has been removed from the community because it violates Steam Community & Content Guidelines. It is only visible to you. If you believe your item has been removed by mistake, please contact Steam Support.
This item is incompatible with ARK: Survival Evolved. Please see the instructions page for reasons why this item might not work within ARK: Survival Evolved.
Current visibility: Hidden
This item will only be visible to you, admins, and anyone marked as a creator.
Current visibility: Friends-only
This item will only be visible in searches to you, your friends, and admins. 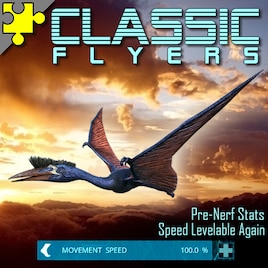 This item has been added to your Subscriptions. Some games will require you to relaunch them before the item will be downloaded.
In 3 collections by Ertosi
Skull Island ARK's Mod Testing Grounds

208 items
Description
Brings back the classic flyers we've all known and love! This mod gives vanilla flyer species back all of their pre-nerf'd stats. Yes, that means they can level speed again.

Originally posted by PC Gamer:
restores winged dinos to pre-nerf glory [...] a beacon of hope for those of you who are miserable with the nerfs [read full article here]

Originally posted by slim thicc:
thank the gods for this mod

Originally posted by Maxanto:
Thank the gods for modders like you Ertosi! One HUGE thumbs up!

This mod brings back the original species' stats for the following vanilla dinos (including tames from before the nerf!):
•Argent (normal argent only; x version NOT supported)
•Harpagornis (aka pre-TLC argent; does not spawn on its own but can be manually added to spawners if you wish.)
•Moth
•Pelas
•Ptero
•Quetz (including Tek version)
•Tapejara (normal tapejara only; x version NOT supported)
•Wyverns (Fire, Lightning, and Poison only; ice and crystal wyverns NOT supported)
•Griffin
•Phoenix
•Rock Drake (removed in response to Genesis patch, which broke rock drake animation assets)

This mod gives core-game/vanilla rideable flyers back their original stats by altering their files, therefore it is incompatible with any other mod which also alters vanilla flyers or their eggs, as one will overwrite the other. This mod cannot affect flyers from other mods, only their mod authors can affect them. Other than mods which alter these files, Classic Flyers is fully stackable. It also adds cleanly and removes cleanly, without losing any of your flyers.

This mod also adds several new quality-of-life features to these fliers including ground attacks, taunt "attacks", backwards walking, and allows wyverns to wear saddle skins. It also adds a new Emote: Pet!, as well as a special Wyvern Stone which wyverns can use for a small armor boost.

How to Support this mod
At the request of several fellow ARK survivors, I've set up a Patreon account[www.patreon.com] for players who wish to show their support. Please feel free to visit it if you would like to support my future ARK projects, pick up my next pizza or whatever ;)

Have fun and always love your fliers! 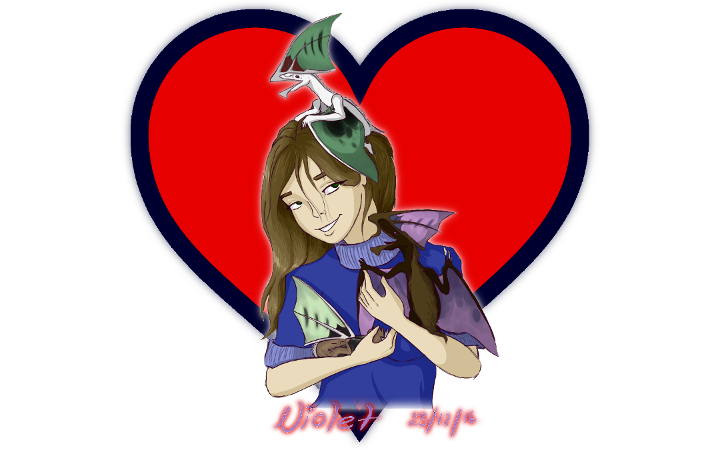 Mod Policy
•By installing and using this mod, you agree to its Policy and Subscription Terms.
•Updates can be seen in the "Change Notes" tab.
•This mod is made to work with itself and not around other mods. Do not use this mod with other mods which also alter the files of the vanilla flyers or their eggs.
•No requests. Consider this mod as-is and exactly how I want it.
•Posts which fail to follow this policy or which fail to show common courtesy will be deleted without notice.

This mod/code/work is protected by the Attribution-NonCommercial-NoDerivatives 4.0 International Creative Commons License. [creativecommons.org]