Store Page
RimWorld >  Workshop > Fluffy's Workshop
This item has been removed from the community because it violates Steam Community & Content Guidelines. It is only visible to you. If you believe your item has been removed by mistake, please contact Steam Support.
This item is incompatible with RimWorld. Please see the instructions page for reasons why this item might not work within RimWorld.
Current visibility: Hidden
This item will only be visible to you, admins, and anyone marked as a creator.
Current visibility: Friends-only
This item will only be visible in searches to you, your friends, and admins. 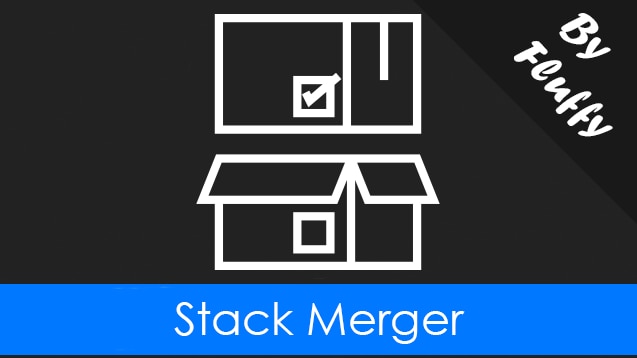 Fluffy
Offline
See all 5185 collections (some may be hidden)

This item has been added to your Subscriptions. Some games will require you to relaunch them before the item will be downloaded.
Description
Make your haulers understand that a tidy stockpile is an efficient stockpile.

THIS MOD IS PART OF THE GAME FROM B19 ONWARDS
This mod was incorporated into the game in B19, and is thus no longer necessary - and will not be updated.

Features
Adds a low-priority hauling job that makes your haulers merge stacks in your stockpiles. Works per stockpile, so if items are in different stockpiles they will not be merged.

Issues
As each storage building (e.g. vanilla racks, extended storage, deep storage, etc) count as a single stockpile (or technically, have their own SlotGroup - which for this mod is equivalent), stacks in different storage units will not be merged.

Notes
When I was playtesting this, Stockpile Efficiency was brought to my attention. These mods do pretty much exactly the same thing (in fact we both use the same vanilla methods for the actual hauling). The main difference is in how we keep track of what can be merged. Stockpile Efficiency searches for stacks that can potentially be merged whenever a pawn is looking for something to merge. Stack Merger keeps a permanent cache of stacks that can be merged. I haven’t run any benchmarks, but I expect my mod to have a mostly constant, relatively low cpu load. Stockpile Efficiency will have no load as long as pawns don’t have time to do the hauling jobs, but when they search for things to merge the cpu load will most likely be considerably larger.

Think you found a bug?
Please read this guide before creating a bug report, and then create a bug report here[github.com]

Older versions
All current and past versions of this mod can be downloaded from GitHub[github.com].

Are you enjoying my mods?
Show your appreciation by buying me a coffee (or contribute towards a nice single malt).

TT_PLEB Dec 25, 2020 @ 2:56am
This is apparently added to base... but I still have loads of small stacks of stuff everywhere instead of a few full stacks.

Fluffy  [author] Mar 5, 2020 @ 1:49pm
@draconismaximus; No, this mod does not do that. I do sympathize with this problem though, which is why I added this behaviour to Extended Storage, by Skullywag (and a bunch of others).

They're not exactly normal shelves, but they _will_ help greatly in cleaning up your stockpiles. If multiple of the extended storage units are in the same room, pawns will try to merge goods as much as possible.

nhatanh0475 Mar 5, 2020 @ 8:57am
@draconismaximus This mod has merged into the core game so every in this mod is already in the game. And nope, this mod will not updated so it won't do the thing you need in the future. Second I don't which mods would do that so sorry.

draconismaximus Nov 26, 2019 @ 11:31am
Hello, I am looking for a mod that will merge stacks within and between shelf storage. Does this mod do this? I really appreciate your other mods. Shelves to remove beauty penalty in a large stockpile are rendered completely useless without insane amounts of micromanaging because they will not merge between shelves.

Mister Doge Jul 19, 2019 @ 11:54pm
Congrats on making it into the base game! I just came back to Rimworld after a break for 2 years, I've been seeing lots of my favorite mods being added to the base game recently

Fluffy  [author] Jun 12, 2019 @ 3:11pm
@All; This mod has been fully incorporated into the game from B19 onwards, with no significant changes to functionality. I will not be updating it, as there would be no point.

If you can right click a stack to manually make pawns merge it, that means it's working. If pawns aren't doing it automatically, something else is wrong. A common problem is that you have too much hauling jobs, as merging is a low (the lowest) priority task. Make sure you have enough pawns set to hauling, or use mods to increase the priority of the merging job specifically.

蘑菇蘑菇炭 Jun 12, 2019 @ 10:43am
in the vanilla game of version 1.0, I found pawns won't merge things from one storage to another. it's unfriendly to multi-storage. so could you resurrect this mod and fix it?