Store Page
Hearts of Iron IV>  Workshop > bees's Workshop
This item has been removed from the community because it violates Steam Community & Content Guidelines. It is only visible to you. If you believe your item has been removed by mistake, please contact Steam Support.
This item is incompatible with Hearts of Iron IV. Please see the instructions page for reasons why this item might not work within Hearts of Iron IV.
Current visibility: Hidden
This item will only be visible to you, admins, and anyone marked as a creator.
Current visibility: Friends-only
This item will only be visible in searches to you, your friends, and admins. 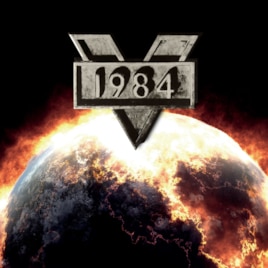 bees
Offline
See all 256 collections (some may be hidden)

This item has been added to your Subscriptions. Some games will require you to relaunch them before the item will be downloaded.
Description
Nuclear warfare has ravaged much of the world, and from the ashes came the new world order. The three remaining super-states vie for global domination: Oceania, Eurasia, and Eastasia, and between them lies the Disputed Zone. An armistice has been declared, but on January 1st, 1984, the truce shall expire and the second apocalyptic war will begin.

Russian localization: https://steamcommunity.com/sharedfiles/filedetails/?id=1527970703
(Many thanks to TwoSider and his team!)

Music mod: http://steamcommunity.com/sharedfiles/filedetails/?id=854408340
(Not really required to run the mod but it's recommended.)

This mod utilizes the setting from the George Orwell novel “Nineteen Eighty-Four” to create a more competitive multiplayer scenario designed for a massive three-way war between teams of players, with the likelihood of developing shifting temporary truces between the factions to achieve short-term goals. The fourth faction, the Resistance, exists to serve as a focal point of the war, as most of the world’s resources lie within the borders of the Disputed Zone, creating a high priority target for the other three factions. Playing as a Resistance nation in multiplayer is exceptionally difficult but still a fun experience. They can become very powerful if they survive past 1984 so it is highly encouraged for the 3 totalitarian factions to destroy them prior to this.

The goal of this mod was to create an intriguing, balanced, and stable multiplayer scenario. So it is very light on events and may not be for everybody. The single player experience may also be too easy without boosting other countries. The stories you will create will not come from alternative history "what-ifs", but purely from your own strategic choices and actions on the battlefield.

Here is my recommended multiplayer setup, feel free to ignore and do your own thing but this is guaranteed to be fun or your money back:
-Use the 2nd bookmark (Standard mode)
-Enable coop play and hotjoin
-Oceania, Eurasia, Eastasia: Minimum 2 players per country, but 3 per country is recommended
-Resistance nations: 1 player per country
-When resistance nations are eliminated they are encouraged to hotjoin into a totalitarian country, as they cannot be puppeted or even fully annexed.
-If you do not have enough players, it is recommended to leave the free nations as AI.
-No other house rules are necessary.
Popular Discussions View All (16)

What would the world of 1984 be like 50 years in the future?
Leader Zweihander

Alseyvc Apr 25 @ 4:09am
战争即和平，自由即奴役，无知即力量
War is peace, freedom is slavery, ignorance is power

JACOB Mar 29 @ 7:40pm
here the discord for the mod https://discord.gg/bprsAym

Master Grabbler Mar 29 @ 10:13am
@Lenny, Same question, what is the discord? My friend group and I would love to give this a try in mutliplayer!

Lenny Mar 23 @ 1:45pm
@kaiser1918 Buggy deleted it. Join the discord and you can get a link to the GitHub where you can manually download it.