Store Page
Arma 3 >  Workshop > Overthrow's Workshop
This item has been removed from the community because it violates Steam Community & Content Guidelines. It is only visible to you. If you believe your item has been removed by mistake, please contact Steam Support.
This item is incompatible with Arma 3. Please see the instructions page for reasons why this item might not work within Arma 3.
Current visibility: Hidden
This item will only be visible to you, admins, and anyone marked as a creator.
Current visibility: Friends-only
This item will only be visible in searches to you, your friends, and admins. 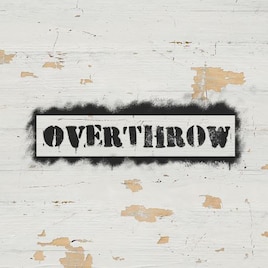 Overthrow
Offline
See all 1555 collections (some may be hidden)
You need DLC to use this item.

This item has been added to your Subscriptions. Some games will require you to relaunch them before the item will be downloaded.
Description
This version of Overthrow is no longer in development, please check out Overthrow Community Edition below for a more up to date version that is continually being updated.

A new version of Overthrow is being created for Arma Reforger/4, join our Discord for updates.

Overthrow is a dynamic single player/co-op whole-map revolution campaign built for ARMA 3. Start with nothing in a small town and fight your way to remove the occupying NATO forces.

How to run Overthrow (IMPORTANT: PLEASE READ)
This is a MOD, not a mission. You need to load Overthrow in your Arma 3 Launcher

If you run into any issues not mentioned on that page then please let us know here or on our discord server!

ALMOST EVERYTHING ACE DOES IS CONFIGURABLE AND CAN BE TURNED OFF IN YOUR "ADDON SETTINGS" (Click server tab if you're running a dedicated server)
Recently Added Features:
- Requestable Jobs: You can now request jobs from gun dealers, gang leaders, factions and shopkeepers, most of these jobs can be repeated
- New Map - Livonia (ALPHA): If you are using the Arma 3 dev branch and pre-ordered Contact DLC, there will be a very early version of the Overthrow: Livonia campaign. Note that BI has not released any assets (clothes, gear, faces etc) so Tanoa ones are currently being used. This campaign is an early alpha version, it will change a lot and is not yet officially supported. Expect final campaign when Contact DLC is released.
- New Screen - Vehicles: Accessed in the main Y menu top-right, shows a list of all Resistance vehicles and their current state (fuel, damage, ammo) with the option to add a waypoint to it
- Unflip Vehicles: "Unflip" action added to vehicle ACE interact menu
- Complete ACE Arsenal integration: Walk up to any ammobox and use the new "Open Arsenal" option via scroll menu or ACE interact. If the ammobox is at a warehouse then you will get access to all items in the warehouse. AI recruits in your group can also open the arsenal with a new "Open Arsenal" order.
- Customizable Recruits and Squads: When you recruit at a training camp or barracks you will see a new button to "Edit" the loadout for that unit. Available only to generals, the Arsenal will open with all items in the warehouse to let you design their exact loadout. These loadouts will also be saved in the "Default Loadouts" section of the Arsenal for all players to use if they need to. Squads will use these loadouts as well.
- Customizable Police: At a police station there is a new "Edit Loadout" button to change the police loadout using the arsenal as well
- NATO Weapon Mod Integration: NATO will now use a wider variety of weapons, including any BLUFOR weapons detected in the Arma config (this includes RHS)

Base features
- Officially supported maps: Tanoa, Altis, Malden 2035
- Ability to create your own Overthrow mission for any map
- GTA-inspired wanted/stealth system
- Dynamic political system with regional stability
- Build camps, bases, houses, workshops, observation posts and more
- Buy, sell, import and export just about in any-game item/vehicle/weapon for currency (depends on certain factors, see wiki)
- Capture towns and military objectives, island by island
- Dynamic economy/Regional pricing/Trade
- Complete ACE Arsenal integration
- Buy, sell and lease real estate with prices affected by regional politics
- Buy economic objectives such as plantations and a factory
- Reverse-engineer any weapons, items and vehicles to produce in the factory
- Fast travel to any owned real estate or camp
- Attach static weapons to offroads at your workshop
- Manipulate the markets with guns or piles of cash
- Recruit and arm civilians, get them to loot for you
- Committed to creating a living and breathing map where anything can happen
- Complete ACE3 integration
- Advanced AI provided by the ever-developing VCOM AI scripts
- Ongoing development and addition of features

Can this actually be played Singleplayer?
Khorne Flakes

This version of Overthrow is no longer in development, please check out Overthrow Community Edition below for a more up to date version that is continually being updated.

A new version of Overthrow is being created for Arma Reforger/4, join our Discord for updates.

Atomicleadhead Jan 13 @ 1:39pm
is there anyway to use zeus with this mission

the*big*tasty Jan 10 @ 7:35am
Hi, is it normal that builded sandbarriers disappear, when I die? Or is it a bug?

stickynutjuicelol Dec 10, 2022 @ 7:22am
@Aaron Static hello! long time active overthrow player here, is there a way where you can make overthrow for the western Sahara map

I have 30 cops but stability is stuck at 0, and i cant seem to build barracks

TheHandicappedGamer Jun 27, 2022 @ 7:31pm
is there anyway to play this mission without ace medical?