Store Page
Arma 3>  Workshop > Wyqer's Workshop
This item has been removed from the community because it violates Steam Community & Content Guidelines. It is only visible to you. If you believe your item has been removed by mistake, please contact Steam Support.
This item is incompatible with Arma 3. Please see the instructions page for reasons why this item might not work within Arma 3.
Current visibility: Hidden
This item will only be visible to you, admins, and anyone marked as a creator.
Current visibility: Friends-only
This item will only be visible in searches to you, your friends, and admins. 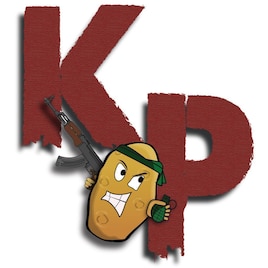 This item has been added to your Subscriptions. Some games will require you to relaunch them before the item will be downloaded.
In 1 collection by Wyqer
KP Liberation Modset

If you like the work and think it's worth a small donation, feel free to use the following link:
https://www.paypal.me/wyqer

Description
This mod provides a complete management system for the ranks/levels of the players of a server/community/group. It's configurable completely ingame on the server without the need to edit/maintain scripts or other files. The included insignias are based on the original ones of the corresponding nations and can also be applied to units in the Eden Editor. This way mission makers can give their AI troops an immersive addition.
Beside of the possibility to manage the ranks of your players you can also enable an optional leveling system. This system will automatically save the score of the players, which is earned during their game sessions, and takes care of the promotion and degradation. You can, of course, individually set the needed score to get/keep a rank, the amount of points a player gets as reward for killing infantry, destroying light, armored or air vehicles and the playtime interval, after which the player gets additional points.

Features
Languages
Currently the mod is localized for:

This program is free software: you can redistribute it and/or modify it under the terms of the GNU General Public License as published by the Free Software Foundation, either version 3 of the License, or (at your option) any later version.

This program is distributed in the hope that it will be useful, but WITHOUT ANY WARRANTY; without even the implied warranty of MERCHANTABILITY or FITNESS FOR A PARTICULAR PURPOSE. See the GNU General Public License for more details.

You should have received a copy of the GNU General Public License along with this program. If not, see http://www.gnu.org/licenses/.
< >
82 Comments

Brain Fag Grass Mar 31 @ 3:22am
yep i did miss your last answer haha i wrote mine before it; thanks anyway

Wyqer  [author] Mar 31 @ 3:20am
Have a look at the license and then feel free to create your derivative under that terms.
Maybe you've missed my last answer by the way.
Have fun coding :thumbsup:

Brain Fag Grass Mar 31 @ 3:16am
yes im aware of that, what im asking is if its possible to change that? so it can be applied to other slots?

i mean if you wont do it then i understand, but i just want to know if its possible, if yes then am i allowed to modify your script to fit? (if i get to figure it out anyway, because ive zero knowledge of scripts), thanks anyway

Wyqer  [author] Mar 31 @ 3:12am
No, they are automatically applied insignias (that's why you can select them in the arsenal, too). That way it's compatible with vanilla and most mod uniforms, if they're configured properly.

Brain Fag Grass Mar 31 @ 3:06am
yes thats exactly what im talking about, by "unit patches" i dont mean the ones that are automatically inserted to your right sleeve because ur part of certain unit/clan/whatever. I actually mean patches that you can select in the arsenal which is the "insignia slot" on the left sleeve