Store Page
RimWorld>  Workshop > LunashineK9 (She/They)'s Workshop
This item has been removed from the community because it violates Steam Community & Content Guidelines. It is only visible to you. If you believe your item has been removed by mistake, please contact Steam Support.
This item is incompatible with RimWorld. Please see the instructions page for reasons why this item might not work within RimWorld.
Current visibility: Hidden
This item will only be visible to you, admins, and anyone marked as a creator.
Current visibility: Friends-only
This item will only be visible in searches to you, your friends, and admins. 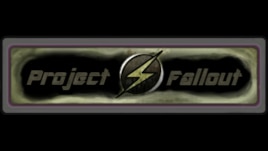 This item has been added to your Subscriptions. Some games will require you to relaunch them before the item will be downloaded.
In 1 collection by LunashineK9 (She/They)
AshbornK9's Mods

My current plans are to include every possible weapon, creature, consumable, and anything else from the Fallout series that I can manage to get working in the Rimworld engine. After that plans are to both create an overhaul version that replaces vanilla Rimworld, as well as breaking the mod into sections for each type of addition (weapons, armor, creatures, etc...)

This mod is still very much in progress, so if you encounter incompatibilities or bugs, let me know in the discussion page for bugs.

If I were to try and list everything individually, it'd take a while.

Polish Version (Do not use alongside this version/Outdated):

Check out my other mod that adds all sorts of things that go boom here (On hiatus/Outdated):

For a standalone version of the T-45 Power Armor, check out Chicken Plucker's mod:

Weapons are now properly sorted into categories for stockpiles
Pipe guns now spawn with an attached quality
Pipe guns can now be crafted without wasting resources
Vault Suits (and other apparel) now correctly adjust pawn temperature tolerance
Power Armor's armor ratings have been massively buffed to scale more closely to vanilla power armor
Power Armor bodies now give buffs to carrying capacity and melee hit chance
Power Armor (helmets and bodies) no longer give large penalties to movement and work speed (save for Raider PA)
Power Armor helmets armor stats were equalized with their respective bodies
Power Armor helmets now give slight buffs to shooting accuracy
Brahmin no longer have texture issues during some life stages
All apparels and armor have lowered crafting time and require less materials
Power Armor and Pipboys now have crafting and intellectual skill requirements
Chems (drugs) now require more realistic materials to craft, and give higher increases overall
Removed some junk code revolving addiction and tolerance from all Stimpaks
Traits now correctly display their description with pawn names and pronouns
Most (if not all) traits have been buffed to reduce reliance on the skill increases
Nuka Quartz's effects should now properly expire
Ripper craft cost has been reduced and damage has been buffed significantly
Vault floor textures now properly display
Hardened Leather should no longer fill entire shops

Replaced all gun and melee weapon textures!
Pack Rat trait is re-enabled (should fix the bug some of y'all have been experiencing)
Animals and plants (added by this mod) are now correctly more resistant/immune to toxic fallout

PLEASE FOR MY SAKE, IF YOU FIND ISSUES GIVE ME DETAILED DESCRIPTIONS BECAUSE I'M DUMB.

This is causing my world map to lag out and is spamming the debug Log.
I do not know what is causing the problem.

RamRod Aug 11, 2020 @ 7:01pm
@Everyone I would like to reach a lot of people for questions about how the mod should be balanced, I would greatly appreciate it if you joined my Discord so I can spit ball ideas of of you guys. https://discord.gg/bDj7F8P