Store Page
Arma 3>  Workshop > Deathlyrage's Workshop
This item has been removed from the community because it violates Steam Community & Content Guidelines. It is only visible to you. If you believe your item has been removed by mistake, please contact Steam Support.
This item is incompatible with Arma 3. Please see the instructions page for reasons why this item might not work within Arma 3.
Current visibility: Hidden
This item will only be visible to you, admins, and anyone marked as a creator.
Current visibility: Friends-only
This item will only be visible in searches to you, your friends, and admins. 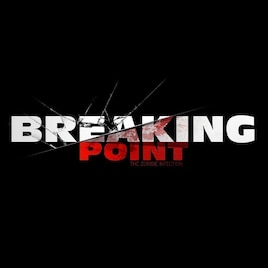 Deathlyrage
Offline
See all 1132 collections (some may be hidden)

Breaking Point Mod is Back!
Now Open Source with Community Hosted Servers! Just search for 'breakingpoint' or 'breaking point' in the Arma 3 launcher and join a server! You can communicate with the rest of the breaking point community on Discord[discord.gg]

Story so far!
The year was 2035, more than two decades after the infection first surfaced in eastern Europe in early 2012. Initially it spread very quickly as governments struggled to contain the outbreak, a struggle that was fueled by the economic unrest in many European regions at the time. Citizens had lost faith in their governments causing sharp social and ideological divides at a time when mankind needed to be united.

Within 6 months of time the infection's discovery and rapid proliferation, rumors began to circulate of a haven in the heart of the Mediterranean Sea, a whisper that only grew as each country fell. This island was completely self sufficient, militarized thanks to the influx of PMC's and far enough removed from the mainland to provide escape from the outbreak. This idea of refuge had become the only hope for thousands of wayward survivors but without any means of communication with the outside world, no one could tell them to turn back. The rumor continued to spread despite the fact that the island had fallen only 2 years after the initial outbreak. Desperate survivors placed their final hopes on this forsaken isle that offered little hope of survival and even less of rescue.

But still they fought

Some against the island,many against each other and all against their fate.

Features & Details
Breaking Point is a Zombie Survival Mod, focusing on PVP with some PVE elements, based on the ARMA III Engine.
The mod has been in development since August 2013 and is currently in the Public Alpha Testing stage.

Breaking Point, features a range of modern and historic realistic Weapons, Ammunition and a range of Medical gear and Items that have been all customised for Breaking Point.
Breaking Point also includes persistent Vehicles and server events such as Helicrashes and Care Package Drops.

With many unique gameplay mechanics such as the class system called Factions, a Construction and repair system as well the game Mechanic for creating Safehouses (Havens).
Popular Discussions View All (103)

Are the servers still up?
Tom Cat

bp.drazah May 2 @ 6:52am
it was only a small step forward,but much more activity than on Altis map. everyone just whines and waits until the server is full.....

i love the game and i'm trying to bring it back

WG_Kokodjamba Apr 14 @ 9:08am
Not a big deal. Servers are totally empty anyway

stranger275 Apr 13 @ 11:39pm
Cant play it. Launch Arma and when the logo screen pops up its just black. then it crashes.

BeachCrew Jan 9 @ 9:39am
For those who want to experience the old forum vibe, then have a look here :P
Have been working on recreating the old forum: https://thezombieinfection.no

spiderhouse Jan 6 @ 3:49am
is there a pve only ?
for singleplayer