Store Page
Arma 3 >  Workshop > Ben's Workshop
This item has been removed from the community because it violates Steam Community & Content Guidelines. It is only visible to you. If you believe your item has been removed by mistake, please contact Steam Support.
This item is incompatible with Arma 3. Please see the instructions page for reasons why this item might not work within Arma 3.
Current visibility: Hidden
This item will only be visible to you, admins, and anyone marked as a creator.
Current visibility: Friends-only
This item will only be visible in searches to you, your friends, and admins. 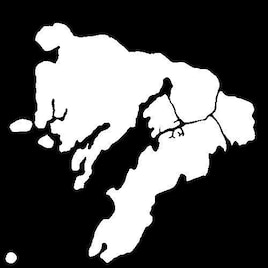 Dmitry Yuri
Offline
See all 1799 collections (some may be hidden)

This item has been added to your Subscriptions. Some games will require you to relaunch them before the item will be downloaded.
Description
Tembelan Island is based on an indonesian island, though through the design process it has been heavily modified for ArmA. It was started before the Apex expansion was even announced and so uses purely vanilla assets. It features many small villages and towns as well as a handful of militaryinstallations. The heightmap was modified to create rivers on the eastern side of the island that can be used by various boats and amphibious vehicles.


THIS ADDON IS RELEASED UNDER A CREATIVE COMMONS CC-AT-NC-ND 3.0 UNPORTED LICENSE.


YOU MAY NOT USE THIS ON MONETIZED SERVERS!

Please do not reupload to the steam workshop.


Bugs are best reported on the forums:

Quote: "YOU MAY NOT USE THIS ON MONETIZED SERVERS!"

It says it all here. You may use it on non-commercial servers. If not, then you may not.

Algis_Alphonse Jan 13 @ 3:55am
Thank you for this lovely terrain.

Andreas Amon Sep 19, 2021 @ 7:25am
Hello, we would like to modify the dirt roads present on the island, would you have a way to pass it on to us or to allow us to do it? thanks in advance

Poopshoot Aug 8, 2021 @ 5:34pm
Howdy! I represent an Arma 3 Starsim Unit and we would like to use your map in our Mappack that we are putting together. What would we need to do so that you would allow us to use your map?