Store Page
Arma 3>  Workshop > Vindicta Team's Workshop
This item has been removed from the community because it violates Steam Community & Content Guidelines. It is only visible to you. If you believe your item has been removed by mistake, please contact Steam Support.
This item is incompatible with Arma 3. Please see the instructions page for reasons why this item might not work within Arma 3.
Current visibility: Hidden
This item will only be visible to you, admins, and anyone marked as a creator.
Current visibility: Friends-only
This item will only be visible in searches to you, your friends, and admins. 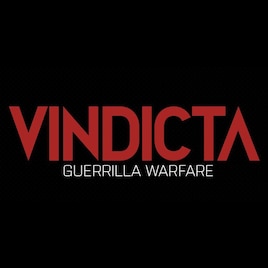 Vindicta Team
Offline
See all 708 collections (some may be hidden)

This item has been added to your Subscriptions. Some games will require you to relaunch them before the item will be downloaded.
Description
Vindicta is a dynamic cooperative guerrilla warfare scenario where your goal is to free territory from enemy occupation.

NOTE ABOUT COMMENTS
Please follow to our Discord server[discord.gg] if you want to provide feedback.
This comment section is not checked as often!

Who is this scenario for?
This scenario is made for small groups of players who want a challenging and realistic guerrilla experience. This is probably not for public servers, and it can be quite challenging in singleplayer.

FACTIONS
You can select one of many enemy factions to fight against. The full list can be found here:
https://vindicta-team.github.io/Vindicta-Docs/docs/factions

MAPS
See this link for the list of available maps:
https://vindicta-team.github.io/Vindicta-Docs/maps.html

GUIDE AND FREQUENTLY ASKED QUESTIONS
Check this before asking a question.[vindicta-team.github.io]
The page has information about most common problems, faction mod lists, maps, etc.

SAVING AND VERSIONS
There is custom savegame functionality in the scenario, which saves data into profile namespace (vars.arma3profile file). This file can often get damaged, but you can use FileXT addon to save game data as separate files.

REQUIRED ADDONS
The scenario requires ACE and CBA. ACE is required because some of its functionality is used in the scenario.
You can use ACE with the medical modules removed.. In this case standard arma revive component will be used.
It is also recommended to use FileXT addon to save your games, but the game mode will revert to standard saving if you don't load FileXT.

DONATIONS
Vindicta took several years and thousands of hours of development for several people. If you enjoy the game mode, please consider donating to our paypal account below:

Used 3rd party SQF components:
Huge thanks to the following tool developers
Without them SQF development would have lasted several times longer:

Big thanks to the developers of these tools:

NOTE ABOUT REUPLOADS
If you want to modify something, consider talking to us first. There is a high chance that it can be integrated into the mission. Pull requests on our GitHub are welcome.

Machine Gun Kelly 10 hours ago
@gman - Use this mod to do what you seek! It does a lot of other stuff too!

gman Apr 21 @ 11:07am
This mission is awesome and if you configure the difficulty right its a lot of fun on singleplayer. I just wish I could force my militia to wear certain fatigues such as guerilla smocks or the tracksuit instead of random civilian clothes. Would be cool if when you capture an airport or seaport you could maybe order ammoboxes if you have enough recruits or something

Sparker  [author] Apr 19 @ 2:22pm
> Is it possible to use mods like CUP or RHS for this mod?
Sure, check FAQ for the list of supported factions.

Sparker  [author] Apr 19 @ 2:21pm
AIs have default skill settings. You can set whatever you want in the settings: escape -> addon options -> Vindicta -> Server.

Seloune Apr 19 @ 3:42am
Good scenario but the aim and speed fire of the IA remove the fun, like Antistasi.

spiderhouse Apr 16 @ 3:34am
when you build a camp using the u menu with the construction materials on your character you can scroll down or up to show the interaction menu the click build from location after attaching all the assets that has inventory

Sparker  [author] Apr 14 @ 3:49am
The official documentation is here:
https://vindicta-team.github.io/Vindicta-Docs/

The one you linked is not made by developers of this game mode. I also don't understand why it exists. Everyone can make a pull request to the documentation above through this page:
https://github.com/Vindicta-Team/Vindicta-Docs
and suggest new data or correct any mistakes.

enginer gaming Apr 14 @ 12:01am
can anyone make this wiki better