This user has also played as:
Michael Slíva WELCOME TO MY PROFILE 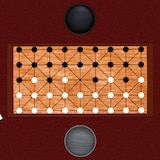 About the game:
Fanorona is a strategy board game for two players that originally comes from Madagascar where is also still very popular today.

The game is played on a board lined with

Fight Angel Special Edition
21 Hours played
To start I didn't own the previous edition of the game. I found this game randomly but I must say despite a few minor (mostly audio) bugs I was surprised how this game plays.

The gameplay is very similar to older Street Fighter games so I was more than happy about that. The gameplay is mostly smooth and it is very little to no input lag. The game also does feature Online PVP even tho the column with the tags on the Steam Store does not say so. Overall well made fighter game by an indie studio that's worth the price.

PROS
Fight Angel features a very detailed character creator which makes it well distinctive among other fighter games. After every fight, you'll get coins and you can spend those coins in a store to buy new clothes for your Angel waifu. Local and Online plays well so far (works well with RemotePlay too). Breast physics and clothing damage is a thing (only to underwear tho). Variety of character types with a lot of different combos and attacks. Fairly easy gameplay even for players not familiar with fighter games.

CONS
There are audio glitches, that make the sound volume options not functioning so you'll often end up with waterfall in the background blasting your ears off because it's somehow not affected by audio volume settings (current fix is to set your audio to max in the game and lower the audio of the game via Windows Volume Mixer). The gameplay can seem clunky at first when you are coming from other games like Tekken. The story mode is not very rich nor voiced over.