Take control of your own starship in a cutthroat galaxy. Elite Dangerous is the definitive massively multiplayer space epic.
$29.99
Visit the Store Page
Most popular community and official content for the past week.  (?)
Elite Dangerous: Odyssey Update 3.01 | Horizons Update
Jun 11
Greetings Commanders.

Information on both updates can be found below.

Elite Dangerous: Odyssey
Thank you all and have a great Friday.

See you in the black, Commanders o7

Elite Dangerous
1,006
122
Can't board my own ship.. NPC Crew keeps dodging me!
Made the mistake to drop as a fighter, and let my NPC take care of my main ship. Now I've been trying to board my own ship for about 30 minutes. The idiot keeps moving the ship away from me when I try to approach it. Is there something I'm missing? If I go too slow, the NPC will keep getting farther and farther. If I boost my way to it, the NPC begins kind of dodging me....
7

Patch notes for issues addressed are listed below.

Thank you once again for your continued support and constructive feedback, as the teams continue working hard to improve the Elite Dangerous player experience.

See you in the black, Commanders o7

At approximately 16:00 UTC / 17:00 BST today we released 'Update 2.01' for Elite Dangerous: Odyssey with the following changes:


Thank you, as always for your continued feedback and support.

See you in the black o7 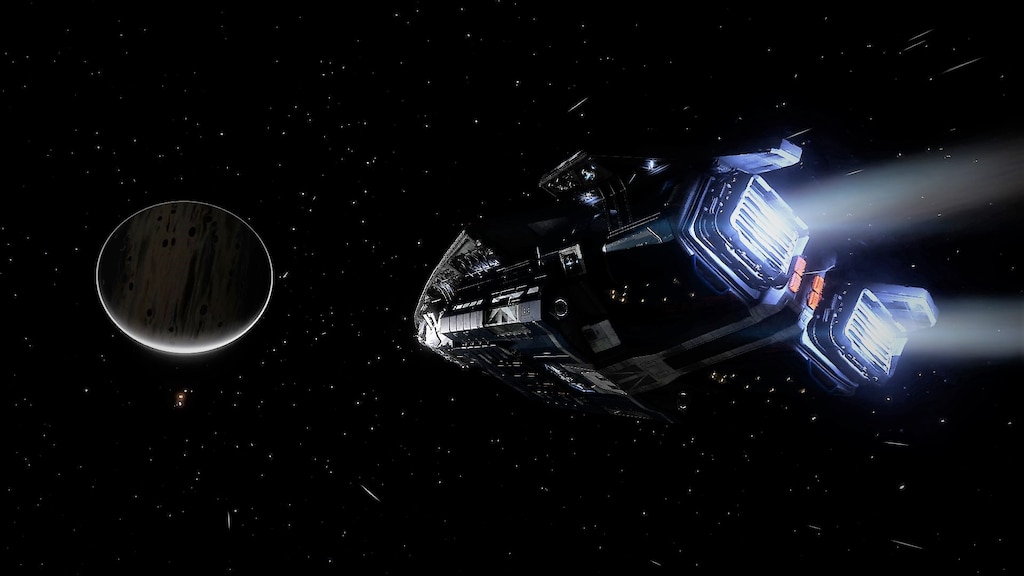 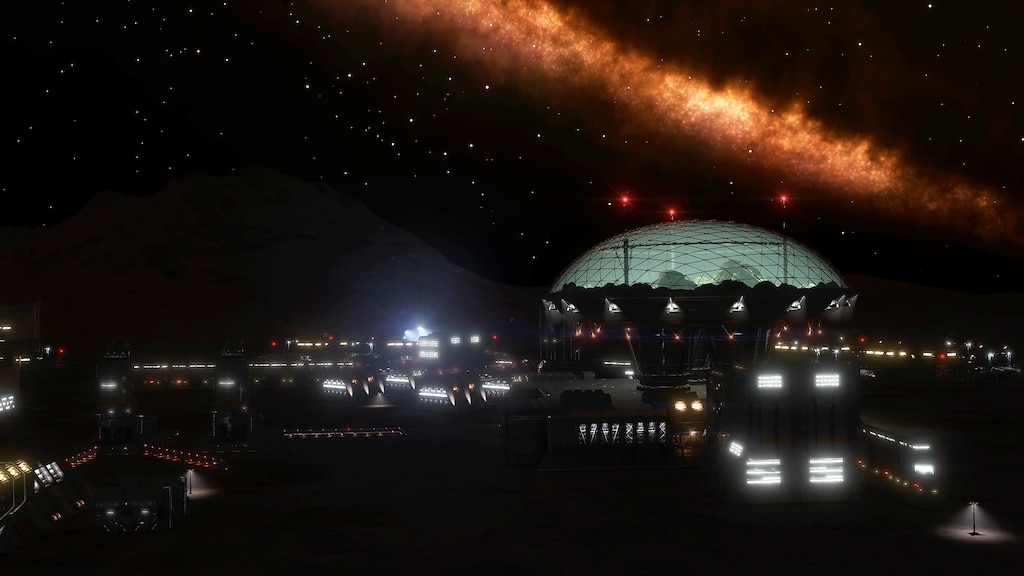 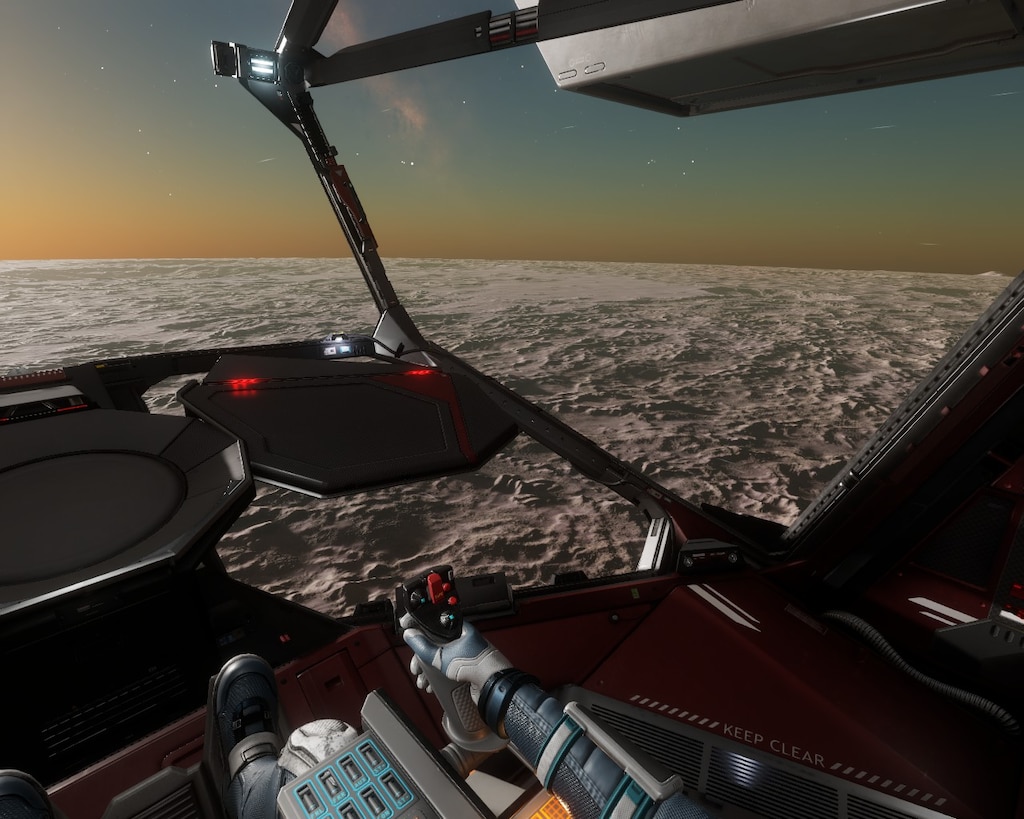 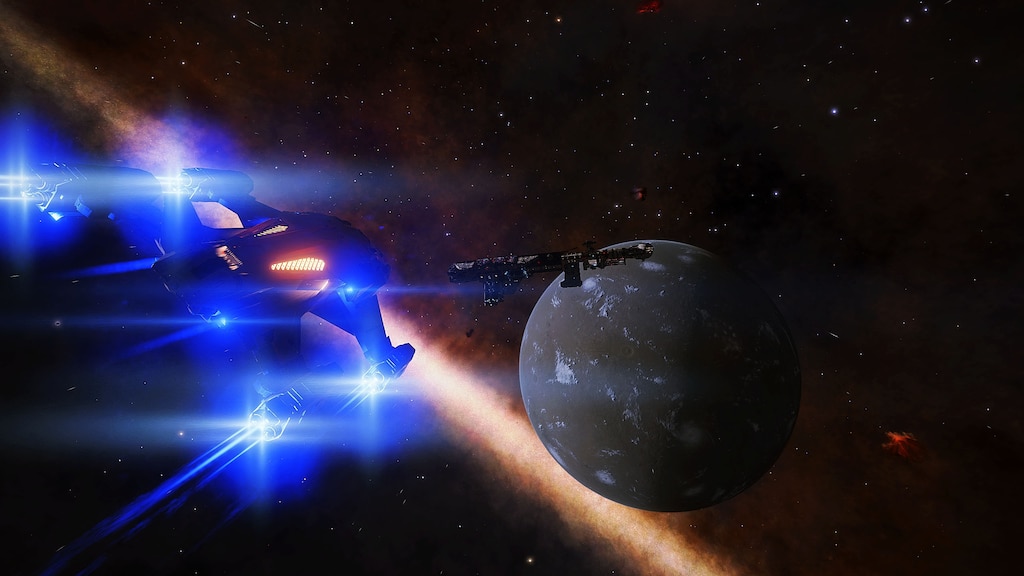 Not Recommended
107.8 hrs on record
Elite has promised a lot of things over the years, and most of them have either been dropped or fall drastically short of the original pitch. Bottom line is Frontier has made it clear that the game does not exist to be fun for the players, but to keep you logged in so that there's more of a chance that you will spend money on their bobble-heads and other microtransactions.

Elite's gameplay is focused on one thing and one thing only, GRIND.

Seriously, the entire game is just about upgrading your ship, suit, weapons, etc.

There's no actual gameplay loop, no purpose to do the things you do in Elite. You trade/mine/explore/fight so that you can get credits, why? To get a bigger and better ship of course. What happens when you have the biggest ship with the best weapons? Grind some more, go get materials so that you can engineer your ship. What happens when you've done that? IDK, get more credits I guess.

Elite is just a capitalism simulator with no real gameplay loop to speak of. What makes matters worse is that the ingredients are all there. If you had a single purpose like "expand human civilization" every aspect of the game in its current state could be involved, but instead Frontier Development is more concerned with "players doing what they want" which is just developer speak for "We can't be bothered to take all of our individual gameplay loops and involve them in a much larger way that matters to the player and makes them feel like they are contributing to the galaxy."

Odyssey made it clear that they don't care what the players want, a perfect example is the live stream today where the devs informed the players that they have no plans to introduce ship interiors (keep in mind that the multi-crew aspect of the game would benefit greatly from this, and would allow for the expansion of game play in the form of maintenance, navigation, combat involvement in the form of gunners, etc.) even though David Braben has said many times in the past that ship interiors were on the table and implied that it was a coming expansion due to the phrasing "ship interiors won't exist AT LAUNCH."

TL;DR Play No Man's Sky instead, its developers really care about the players and have made great strides in terms of expanding what you can do in the game.

Not Recommended
284.8 hrs on record
Great game. But they misread what people want all the time. Im out and only way ill redownload is if they announce ship interiors. Till then its getting uninstalled. 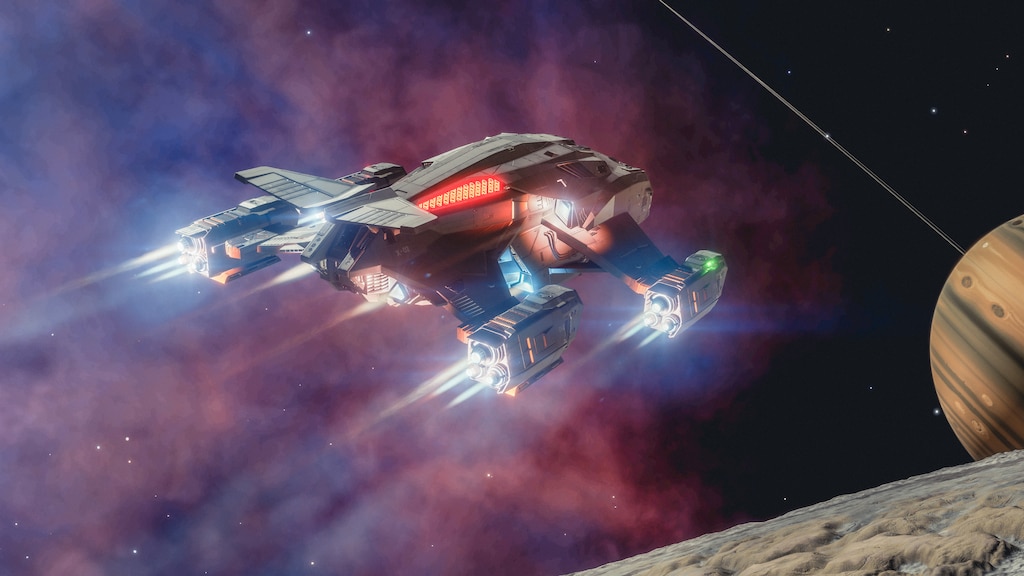 Not Recommended
1,279.8 hrs on record
Game is mostly mindless grind. There is no real progression beyond just ticking a bunch of marks that don't actually improve your character abilities. technically the game is amazing but they need to hire some actual game designers for the gameplay. 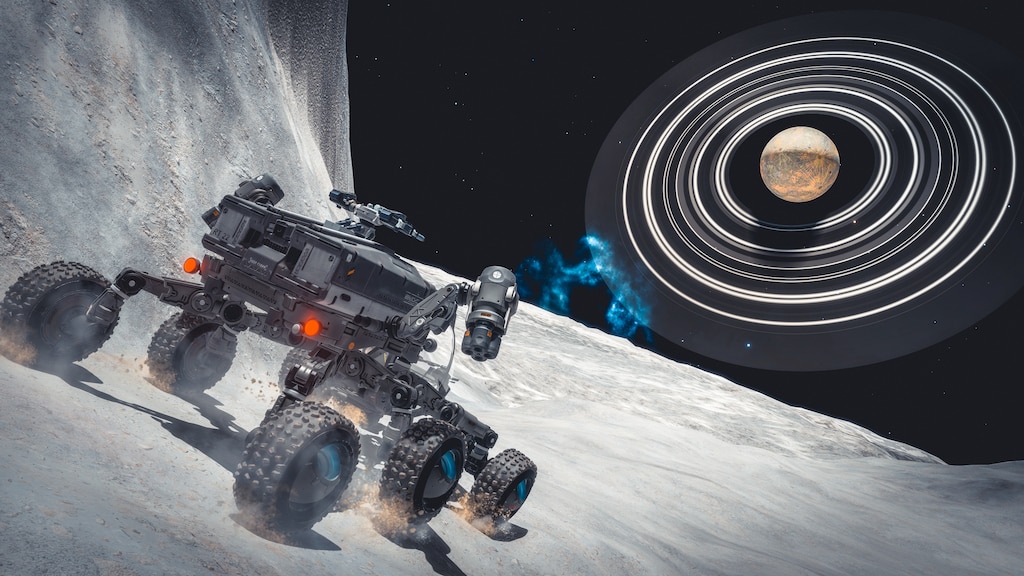 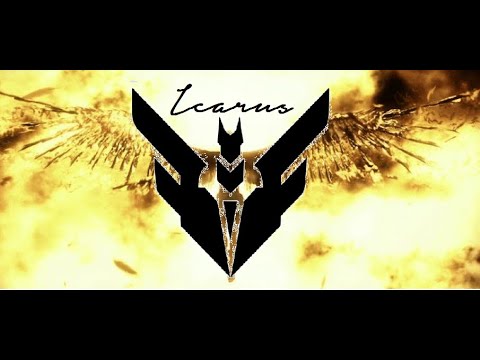 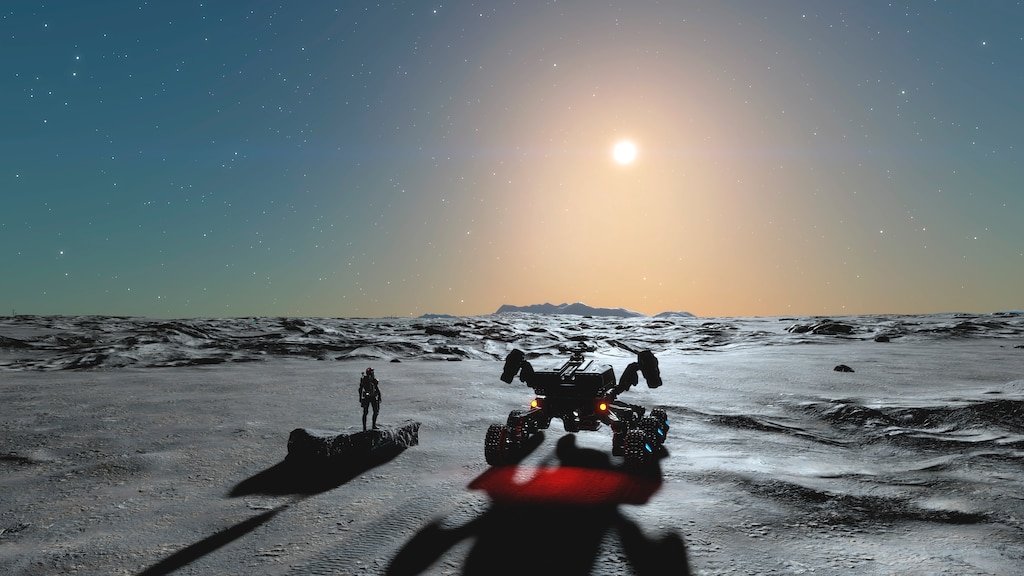 [BKNE] kiwimatsch
View artwork
*STEAM PETITION* WALK in COCkPIT !! SIGNATURE HERE !!
Who wants to walk in cokpit or at least "free the cameramode in cocpit" +1 for me! you on it?
27 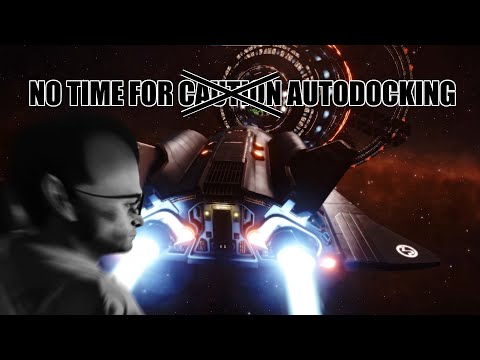 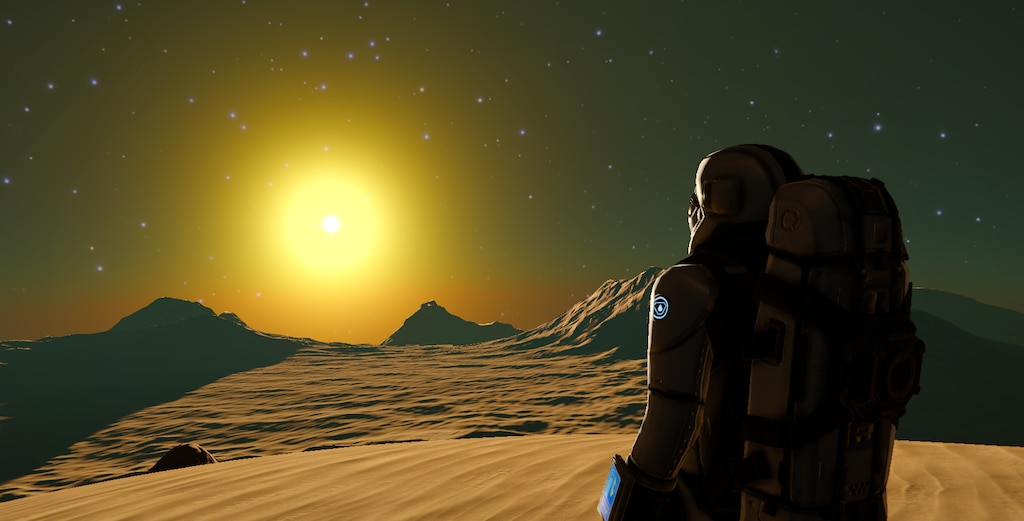 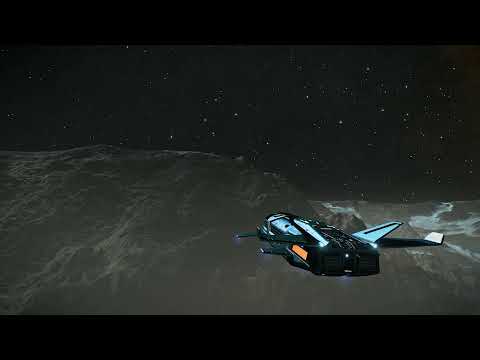 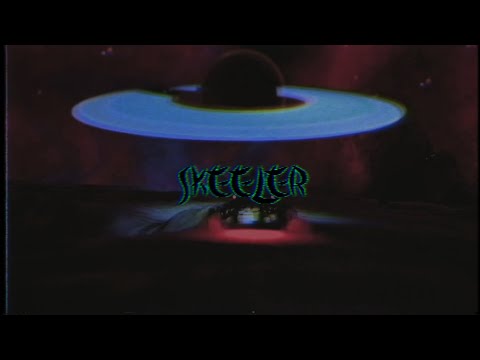 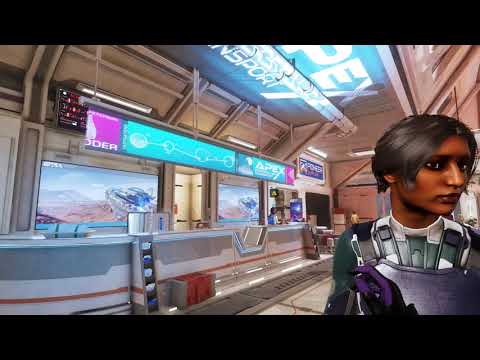 0
0
Elite Dangerous Odyssey - This Is Normal

Elite Dangerous: Squadron Command Center (Beta)
One of the most useful web applications that can be installed on your own server for owners and squadrons.

hide
View all guides
playin 2 weeks in holliday for an silencer CANNOT BE!
the f is that for a universe mastergrind in odyssey?! oO i was playin 2 weeks for AN SILENCER for my gun (!!!) are you crazy devs? who makes THAT hardcore GRIND gamedesign?
18