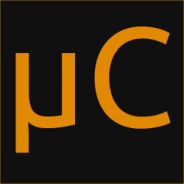 We have the most chilled out servers you may find in this lifetime!

As some people may know, our Synergy server (Eendracht) has been less than stable. Crashes were frequent, leading to frustrated players and over time, an empty server.

For the past few days, Mostly Hairless (the bald guy) and I have worked very hard on an improved, stable Synergy server. We started from scratch, first installing the basic server files, then SourceMod, then the plugins, one by one. It took us quite some time and playtesting to make sure everything works as expected again. Synergy never was 100% stable and it's impossible to guarantee there are no crashes. However, we are confident our efforts have led to a better Synergy experience on our server for everyone.

On that note, we are happy to announce that the improved Synergy server is now online! Grab a beer and join the fun!

Have you always wondered why your friends get all the chicks and you get to drive them home while they drink on the backseat and have fun? What is their secret? What makes them so cool? The answer is simple! They registered at our µCosmos forum!
So, what are you waiting for? If you want to be cool and get chicks, register now!

(You better do it, or I will send B.A. Baracus after you.)

Jan 29 @ 2:19am
Kendrick, I have responded to your request for assistance on my profile.

Idito Jan 28 @ 3:55pm
hi i can't join the forum it says i have to wait 8 days to sign in which is obscene i want chicks in the backseat with b00ze as the announcement states