Hello, Miners!
We just released a new hotfix patch and besides the usual chunk of fixes and tweaks, we’ve also added some things in relation to the cosmetic Packs.

First of all, we realized that the Dark Future Pack lacked an obvious component: a Dark Future Paintjob for all weapons. It makes sense to have the counterpart included so you can have a complete look with one purchase.

From all the feedback we got (and thanks for that), it was clear that some were quite confused on what they had actually received in the various Packs and where to find the items. So we have now added a nice Claim pop-up for each Pack, including the Supporter Upgrade. This will pop for all that have bought the Packs no matter how long time since it was acquired.

Finally, we saw there was a clear expectation that buying a Pack with a unique Framework (armor or weapon mesh) would include a Paintjob that was applicable across all meshes of the same type. This is not the case by default, so we added the Pack unique Paintjobs to fit other meshes.

For the in-game Frameworks (again both armor and weapon meshes), we have now added a new icon to the default Paintjob indicating that this default Paintjob is just the basic skin and not applicable to all meshes.

In this hotfix you will also find a small QoL feature for photosensitive players, and minor convenience tweaks like changing Waypoint marker to Use key (defaults to E) instead of holding Fire, which was not super intuitive.

We’ll keep listening to your feedback and adjust accordingly.

With love
The Ghost Ship Crew

Deep Rock Galactic
103
1,219
Solo Hazard 5 is nearly impossible
You just plain run out of ammo. Haz 5 is all about speed, you will run out of Nitra if you take too long. But everything takes longer when you play solo. You can't divide and conquer while exploring or mining, and you can't "just" let a teammate de...
6

Hell Diguner
31 minutes ago
General Discussion
Merciful God, the SMG SUCKS! D:
WHAT is so good about this little ammo-thirsty peashooter? It has... - The accuracy of a squirrel on cocaine - The damage output of a paper airplane - The shock chance of getting struck by lightning twice on your way home from the lottery - The ammo of ...
16

HerrDave
12 minutes ago
General Discussion
1.0 Launch - Hotfix 1
May 16
Hello, Miners!
We have just released a small hotfix patch for the launch build. 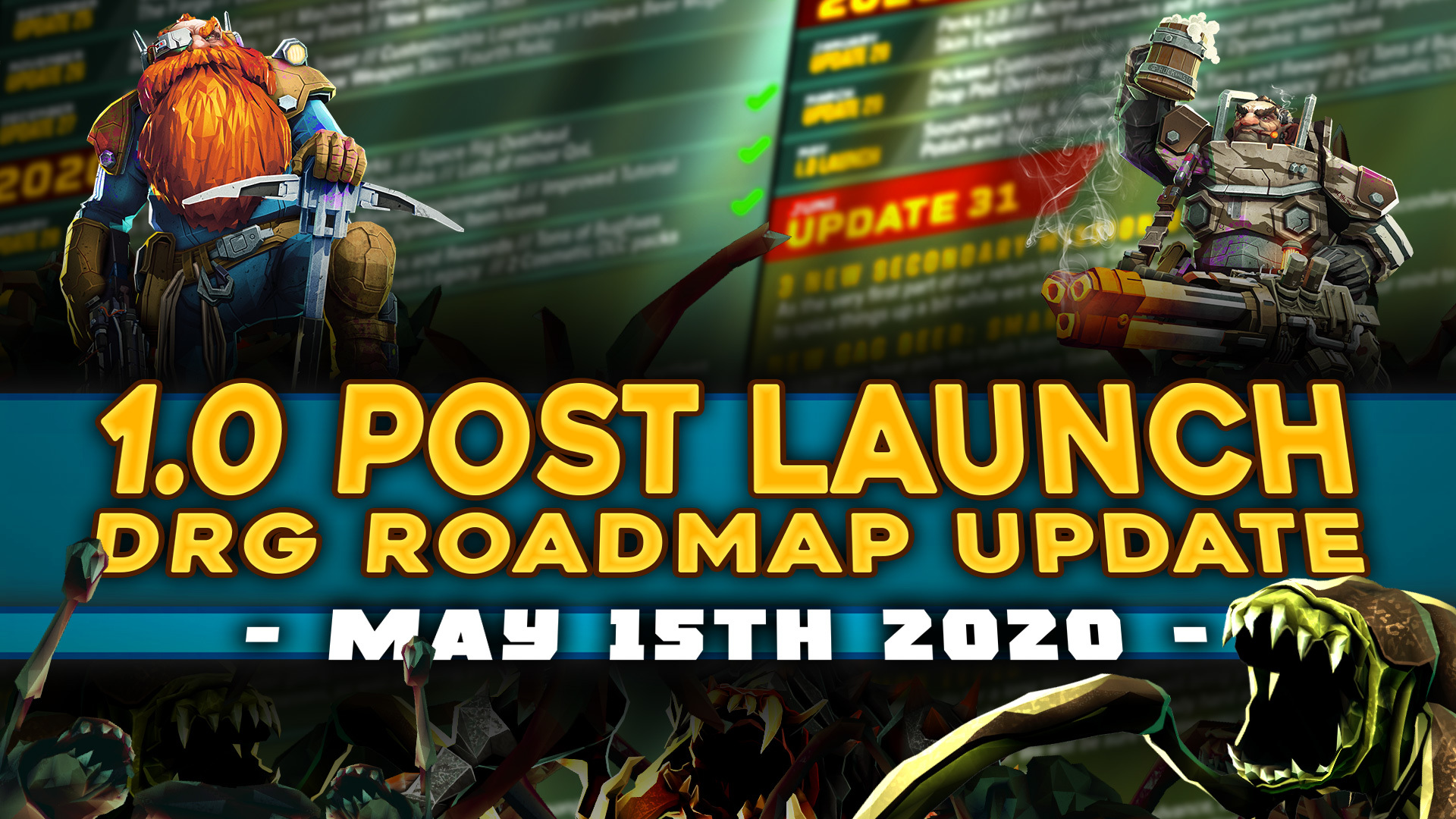 Hello, Miners!
...What a launch! We were excited to the point of hysteria to see the game finally hit 1.0 - and seeing that big Steam Front Page banner in place was just amazing. Milestone Get!
The launch has seen a lot of new players joining the Company Ranks, a ton of Regulars to help them get started, and a horde of existing players return to the caves of Hoxxes. So now it’s time to look forward and talk about the future of Deep Rock Galactic.

UPDATE 31: QUICK POST-LAUNCH UPDATE
In the process of finishing the 1.0 build, we had to leave a handful of new features and content behind. But now we are dusting them off and have decided to quickly put together a new update. This first post-launch update, called Update 31 for now, should be released in about 3-4 weeks time, so early to mid June. It will include 3 new Secondary Mission Objectives which we’d hoped to have ready 1.0, but they needed a bit more time in the pot. The new Secondary Objectives will help add more variation to all missions and is a good example of the overall goal we have for the new roadmap. Check the roadmap picture below for details on this post-launch update.

UPDATE 32 + 33: BIG UPDATES AFTER SUMMER
We’ve had a survey running in the Exit Game menu for several months now, asking you what you’d like us to focus on. The votes are in, and an overwhelming number of you simply want more of what’s already there, more variety. This aligns perfectly with our own desires to get our focus back onto the game’s cave content, and that’s reflected in our sparkly new Roadmap below, and the headlines of the upcoming Updates. At its core, this is a game about action and exploration in alien caves, and we can't wait to get back into the production of new Missions, new Biomes and new Enemy types to make this better than ever. Update 32 will arrive in Q3, so because of summer vacation (yes, even devs go on vacation) do expect quite a bit of waiting time before it lands.

Alongside the 1.0 launch of the game, we released two new cosmetic DLCs - and we kept the price of the game as it was a year ago. The thinking here is to allow existing fans to show their ongoing support of the game by letting them purchase a pack of cosmetic DLC now and then, if they so choose. This is a model we’ll likely keep to, going forward. This lets us keep expanding on the base game and keeping the major content updates free as they should be, while getting us a bit of funding through purely optional cosmetic DLC. To those that aren’t fans of this though, don’t despair - as always, there will be more cosmetics to unlock ingame just by playing too.

The core message here is: We will keep supporting the game and deliver new free content for as long as we have fans that support us. And the feedback we get from you in our growing community will continue to help us prioritize and focus on the things the game needs. So...keep mining, Miners. And keep being as awesome as you have been so far - your support continues to be heartwarming and invaluable.

Th3DutchZombi3
View screenshots
New players please for the love of christ stop going to level 4
You are not ready for this level. Even if you are good most likely you won't have a lot of upgrades that will help make life much easier. Carrying 1 no star is ok if the others are decent, but 3 no stars going to a level 4 is just asking for trouble
38 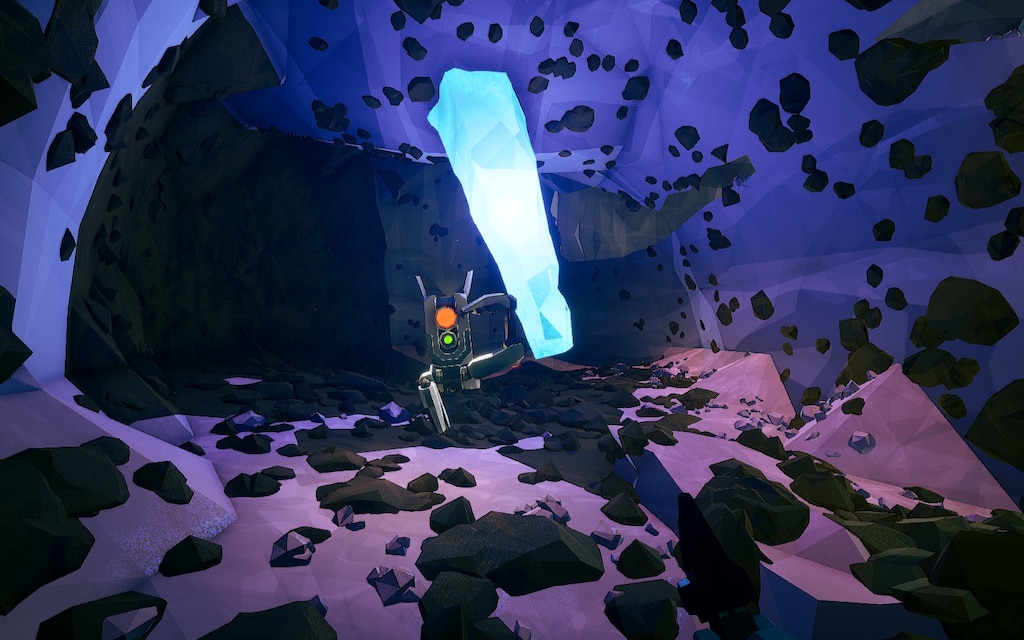 The 1.0 Gunner's Guide
A guide for new players seeking to improve as gunner, or for intermediate players looking to bring it to a higher level.
14
74 ratings 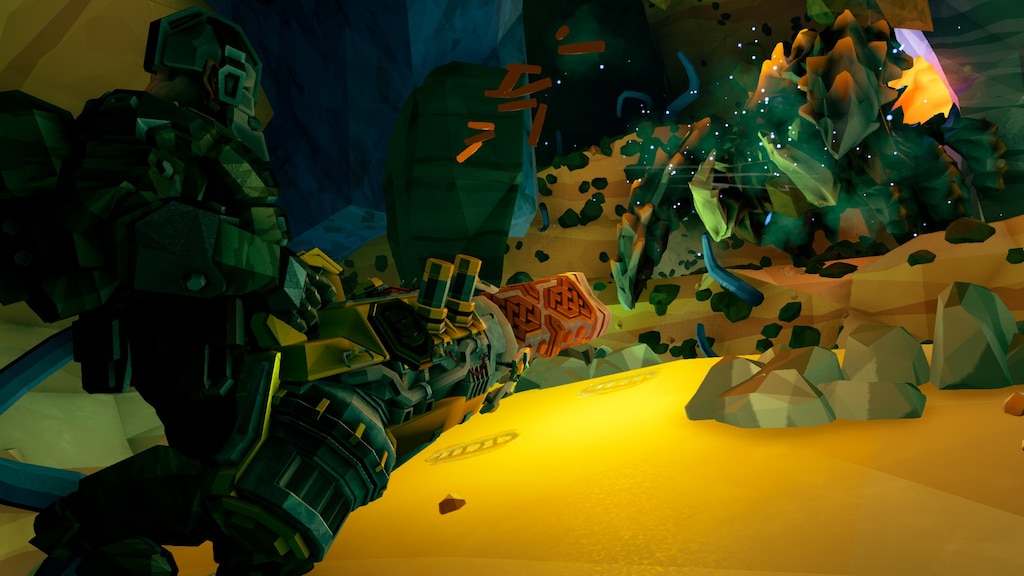 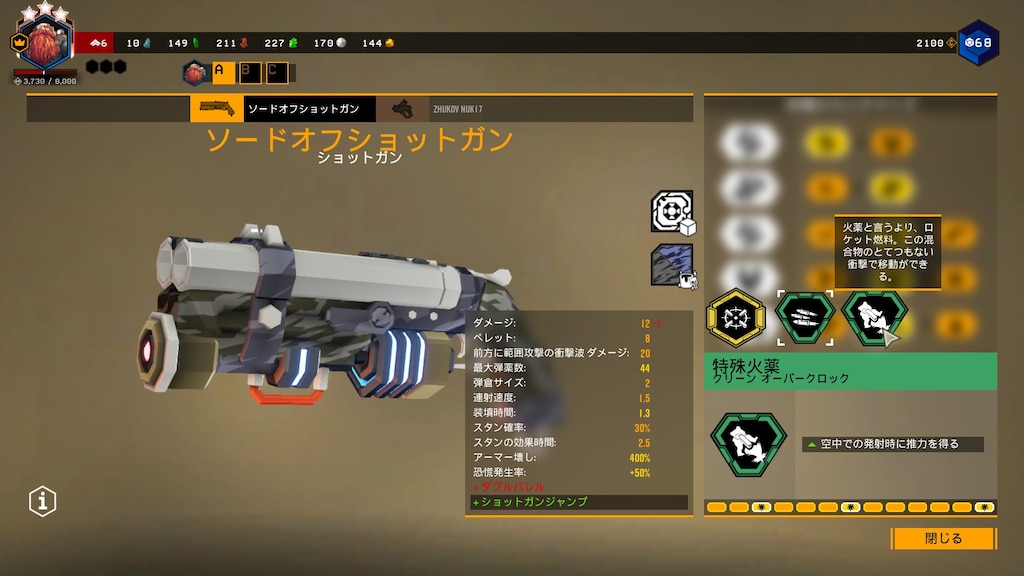 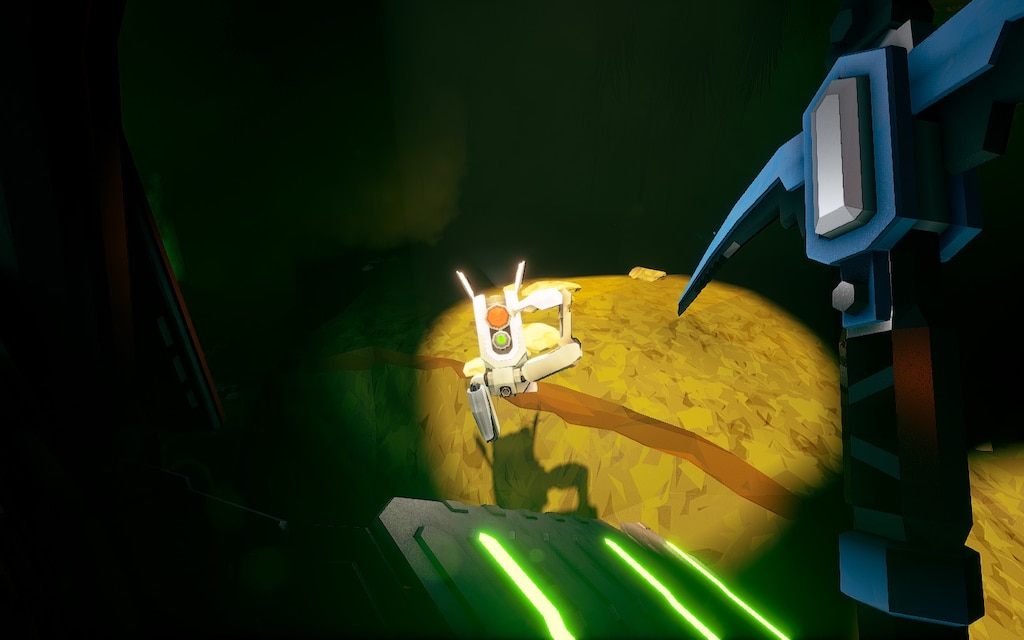 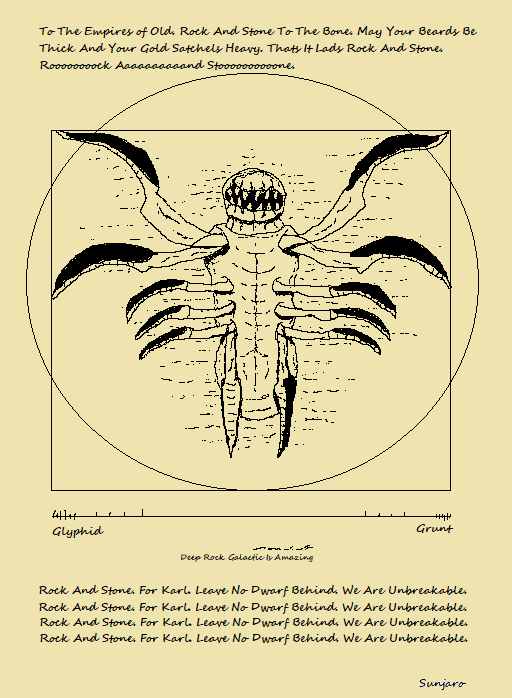 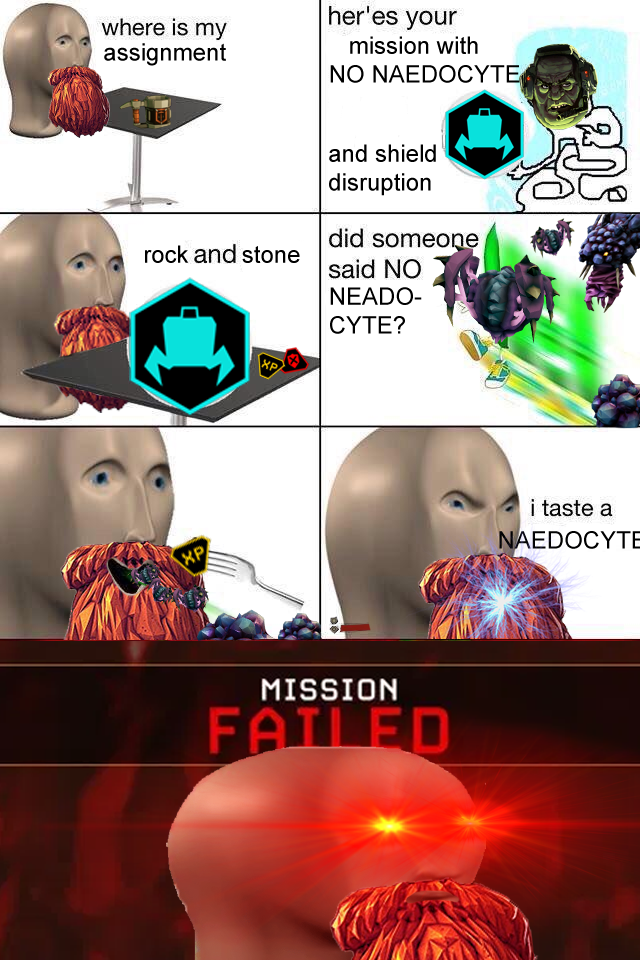 GUNNER DAKKA
ALL VIABLE BUILDS for MINIGUN (In it's current state of 1.0 release.)
8

The Psychopath's Guide to Nuking
So, you're wondering what is the point of this? What is the point of working for some lazy slob we call Mission Control? Well, I shall explain it to you as simply as possible. Nukes! Now why nukes you might ask? They are your key to su...
12

How to be Swag
A general set of tips on how to not commit pppoopoo in DRG, whether playing certain classes or mission types.
10

Recommended
12.6 hrs on record
There's not too many coop games that are as good as this one. Fun mechanics and core gameplay. The character classes are interesting and distinct. Lots to level and progress. 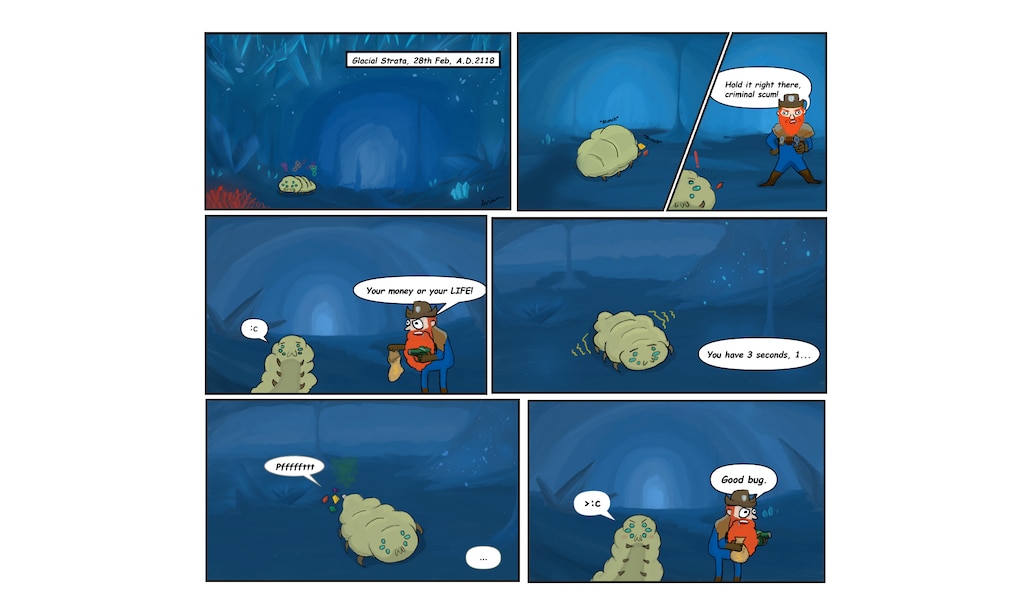 Recommended
22.3 hrs on record
I was promised Guns, Mining and DWARVES. It does indeed have those things. Heres the TLDR, its a Gem, a rare mineral to mine.

I lvoe this little Dwarf game. The love and passion that went in it is plain to see. The devs deserve the love they get for it. 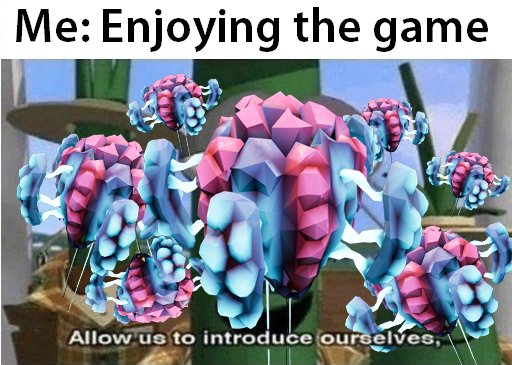 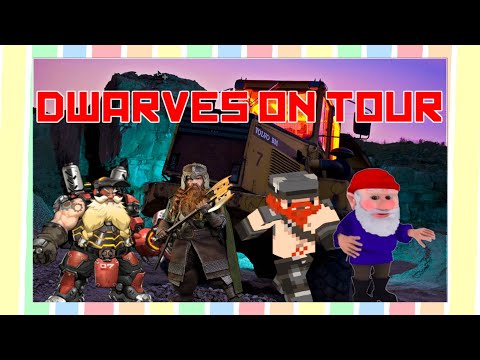 0
7
DO GAMES DISCRIMINATE AGAINST THE VERTICALLY CHALLENGED?! 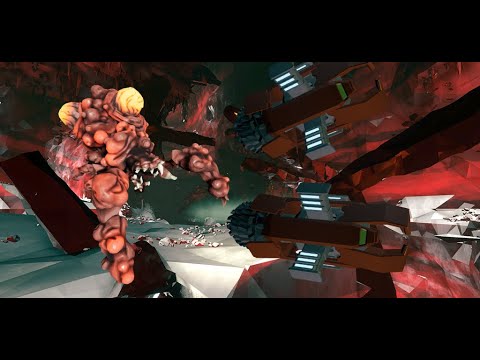 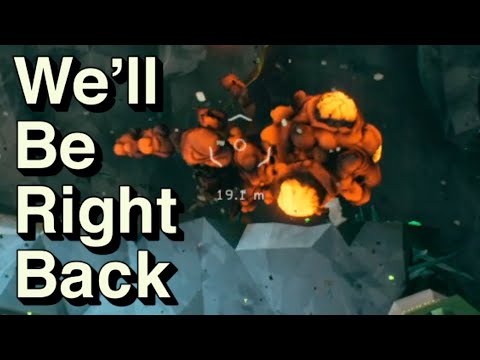 kazel90
22 minutes ago
General Discussion
Is it just me?
Hello all, I just returned to this game after a long hiatus. When I look for open servers, there are none to barely 3. I'm on world search distance. Is it just how the game is now or what?
13 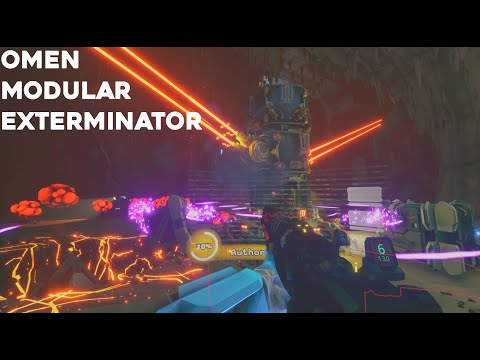 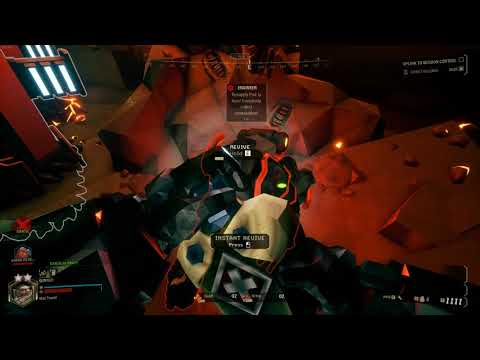