Travel across Europe as king of the road, a trucker who delivers important cargo across impressive distances! With dozens of cities to explore, your endurance, skill and speed will all be pushed to their limits.
$19.99
Visit the Store Page
Most popular community and official content for the past week.  (?)
Lunar Year of the Rat - 鼠年吉祥
Jan 24

Happy Lunar New Year 2020 from all of us here at SCS Software, we wish you all good health and good fortune!

This year marks the Zodiac sign of the Rat[chinesenewyear.net], which is best known for being intelligent, optimistic & adaptable. It is also the first of the repeating 12-year cycle of animals which appear which is why 2020 is considered a year of new beginnings and renewals. 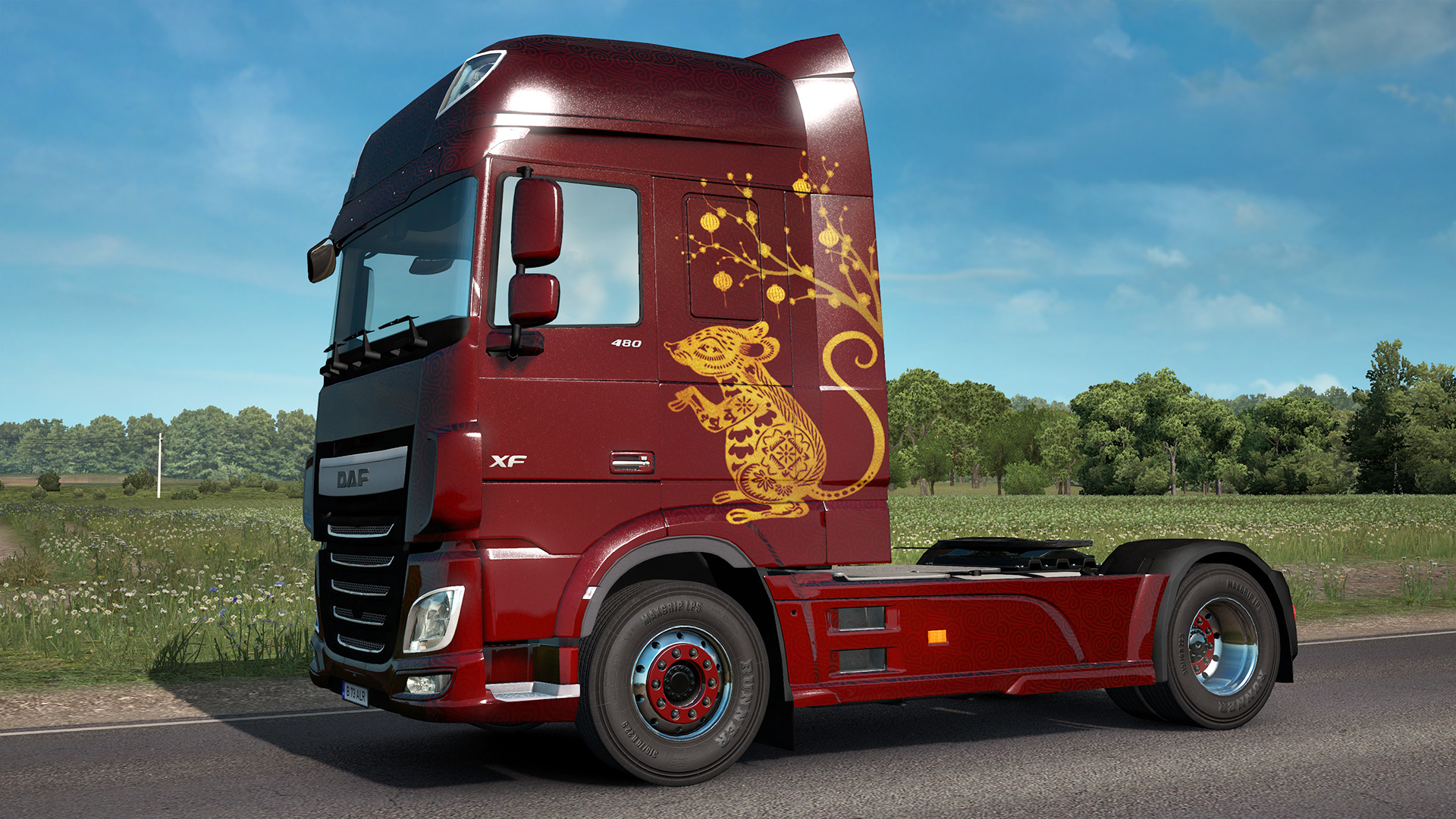 With more than 20% of the world celebrating the Lunar New Year[chinesenewyear.net], we have also joined in the celebrations by adding a new 'Year of the Rat' paint job as a free addition for all owners of the the Chinese Paint Job Pack for Euro Truck Simulator 2.

Euro Truck Simulator 2
90
889
What Do You Do About the Unrealistic Parts?
I just started this and I'm enjoying it, but wondering how others handle what appears to be unrealistic aspects and the crazy things the NPC drivers do, etc.? Things I've noticed: It appears that the game tries to catch you with infractions purposely. W...
7

LEGOMAN
54 minutes ago
General Discussions
SCS Video Contest 2020
Jan 20
With the release of our latest and newest content, we have received a large number of screenshots, videos and more across our social media channels and forums. Last year we organized a contest[blog.scssoft.com] that gave the opportunity to the creative film-makers of our community to show off their work. This year we're not only repeating that, but also including American Truck Simulator and Euro Truck Simulator 2 together.

So, to celebrate last year's releases, the focus of the video can be either Road to the Black Sea, Washington or Utah - featured together or alone - your choice. But you have to focus on one game, you can't mix both our simulators together. 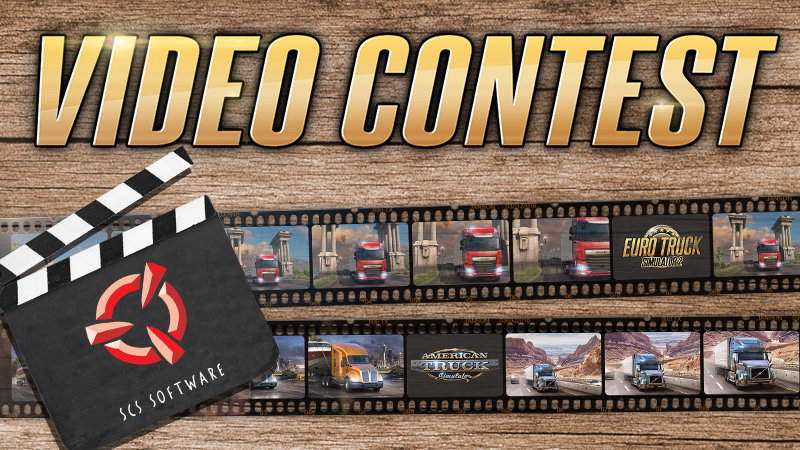 From this point on, the contest is now live! Anyone willing to show their creative filming skills is welcome to do so by creating a trailer-like video with any of last year's map expansions as the main focus, and with the freedom to use any and all of the other DLCs for our games.

Shipping costs will also be covered by SCS Software, to make it fair for all of our fans around the globe, as we're aware that shipping cost might cast a shadow on the excitement of winning. In the event of a really high number of participants with quality entries, we may throw in some more rewards.

Keep in mind that your videos should be somewhat movie-like and cinematic. Normal "Let's play" videos won't be accepted. After-effects and editing is allowed.


Conditions (read carefully - you need to meet all of them):
Technical parameters:
16. February 2020 23:59 UTC is the deadline - entries received after this time won't be accepted. 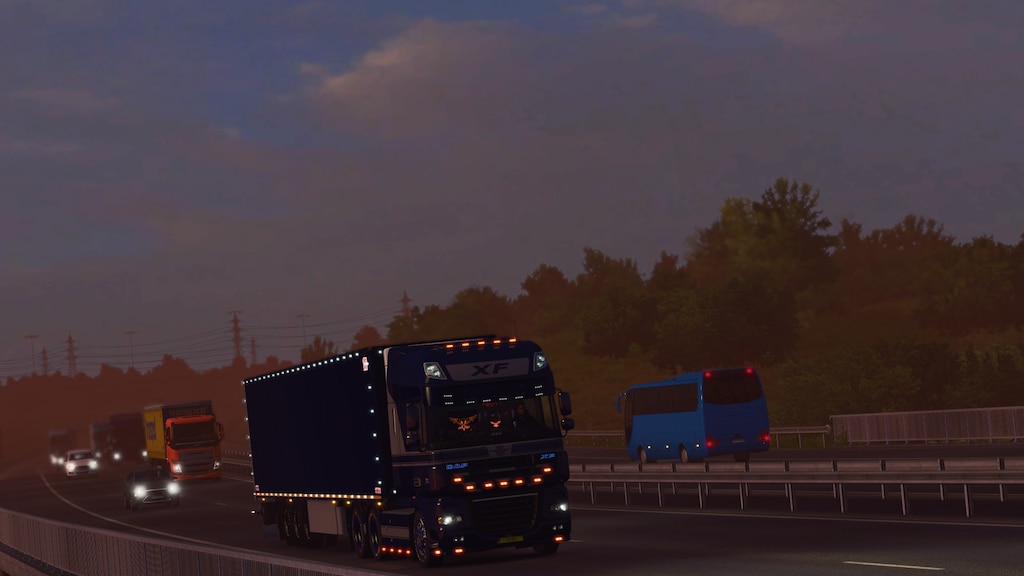 PohBoyX
View screenshots
Humble Australia Fire Relief Bundle
Jan 17
As many of you may be aware, Australia has been under a state of emergency due to the large amount of bushfires which have spread uncontrollably across approximately 103,000 square km of land. Fueled by drought and extreme heat, the bushfires have burned across much of the country since September, and have caused devastation to many homes, towns, forests and animals.

To help with the relief efforts of this devastating disaster, we have joined forces with other great game developers and Humble Bundle[www.humblebundle.com] to release a special one-week game charity bundle which features over $400 in games for just $25 or more. 100% of the proceeds from your bundle purchase go to help wildlife and animals affected by the Australian bushfires which can be purchased here.[www.humblebundle.com] 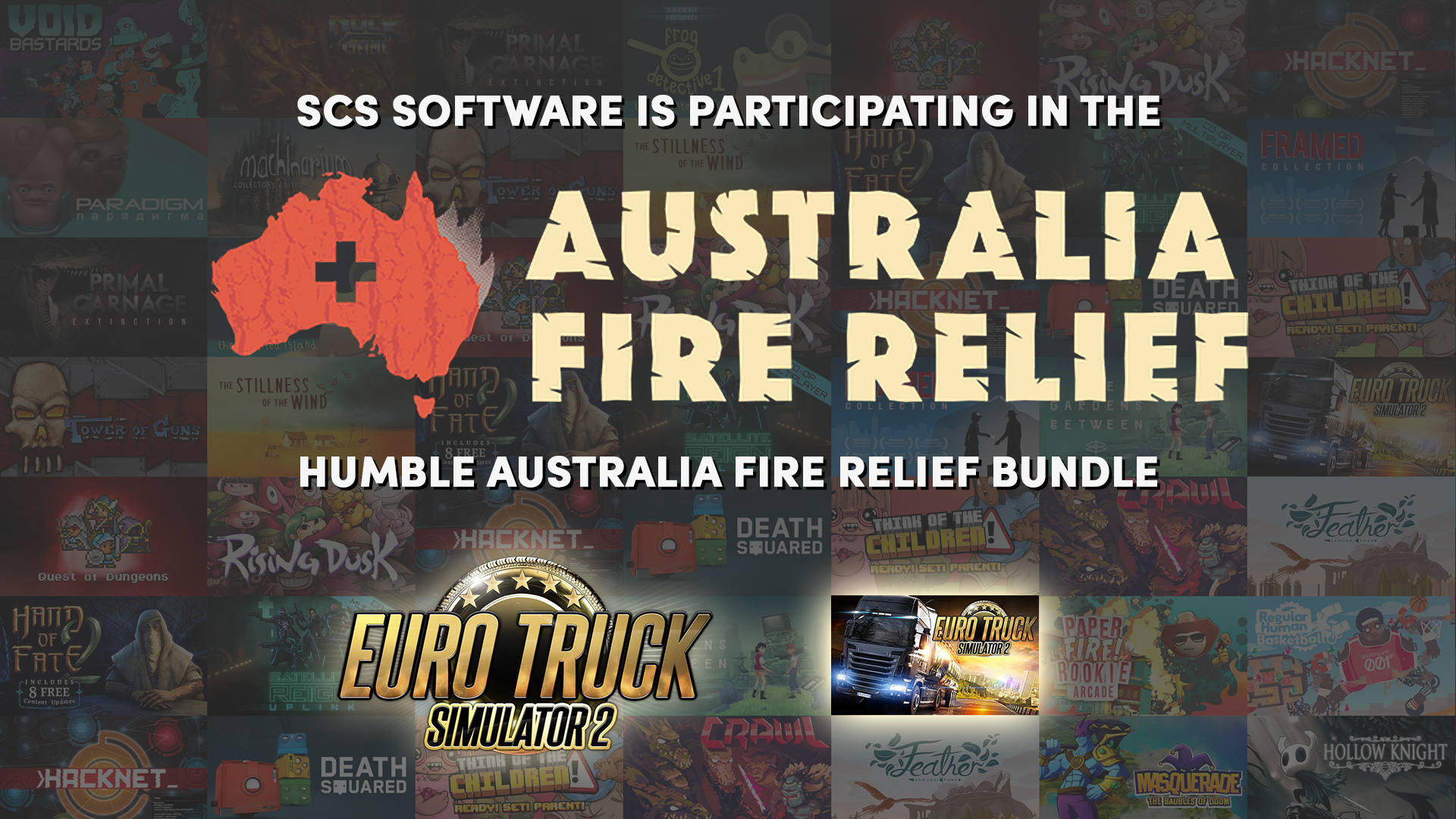 [www.humblebundle.com]Many of the games included are personal favorites among our team here at SCS Software, and include some great indie titles. Let's see what our developers have to say about some of them!

Ondřej "Duff" Dufek, ATS map DLC lead:
Tower of Guns - The name says it all. First person bullet hell shooter. Do you like quirky humour and silly guns? Play this game.
Frog Detective - Yeah, again, the name says it all. You are a frog and a detective, with a really useful magnifying glass. Use it to solve the mystery, or not. Really funny short game with great characters, deadpan humour and wicked dance moves.
Machinarium - Adventure classic. How come you haven't played it already? It celebrates its 10th anniversary. Great puzzles, magnificent art style and the soundtrack, ahh, the soundtrack...

Martin "Dirk" Haustein, ETS2 research lead:
Mr. Shifty - Another take on Hotline Miami-esque game, but by no means just a copy. The teleport mechanic makes all the difference and in the end makes this an enjoyable though short game. The story is pretty much just "someone stole some plutonium" but still manages to be witty and make you smile.
Hand of Fate 2 - If you played first one, this is pretty much the same thing, just more of it. There are new weapons, enemies, companions, quests, but in the end you are still just a card in the hand of the dealer.

Katerina Chatzimichalaki, World of Trucks programmer:
Hollow Knight - Cute little metroidvania game with tight gameplay, beautiful soundtrack[christopherlarkin.bandcamp.com] and art style and satisfying story. It is extremely exciting that there is more to come on the next installment Hollow Knight: Silksong.
Hacknet - A terminal-based hacking simulator with a mysterious storyline, and a great soundtrack that helps you get even more immersed to the hacking contract at hand.

You can find many more great games in this bundle from Australian developers and also by developers all around the world. You can also find there our own title Euro Truck Simulator 2 bundled with the Australian Paint Job Pack which features Aboriginal art and kangaroos to paint your truck with. Be sure to share your support by using the Hashtag #HaulForAustralia on our Twitter & Instagram[www.instagram.com]!

You can help make a difference by doing what many of us do best, which is play games! We thank you for your support in advance if you choose to purchase this special bundle. You can purchase the Humble Australia Fire Relief Bundle here.[www.humblebundle.com] 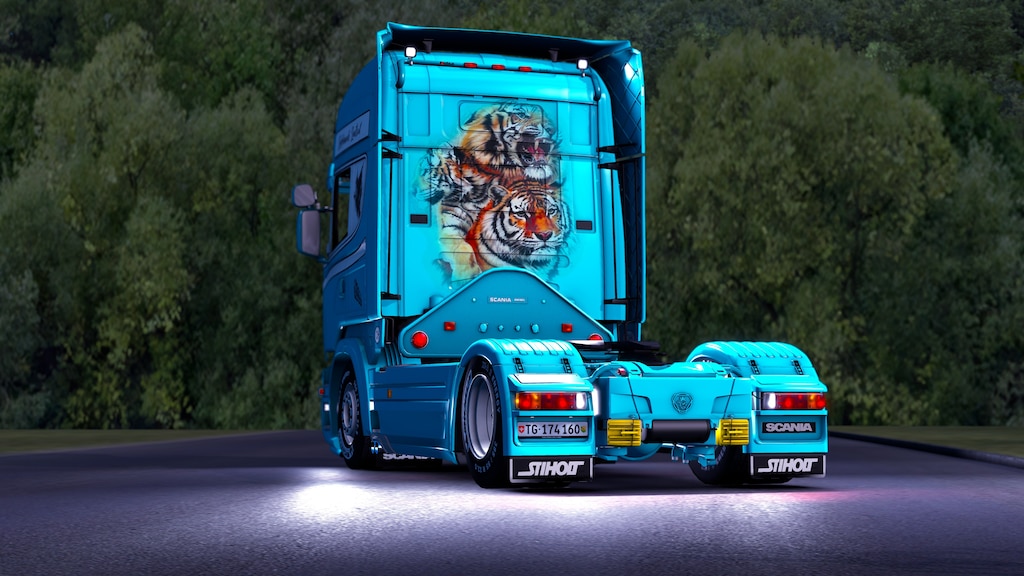 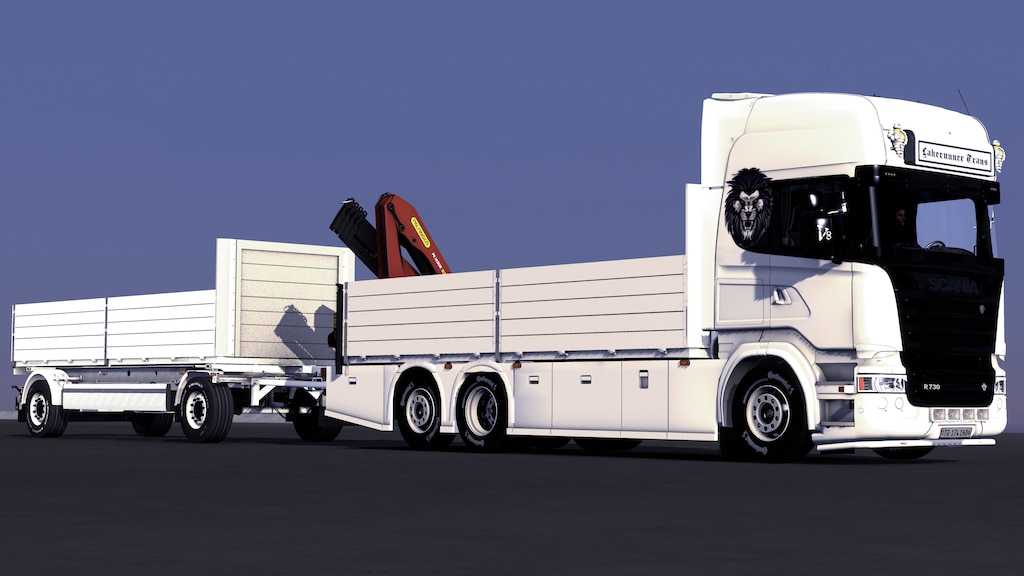 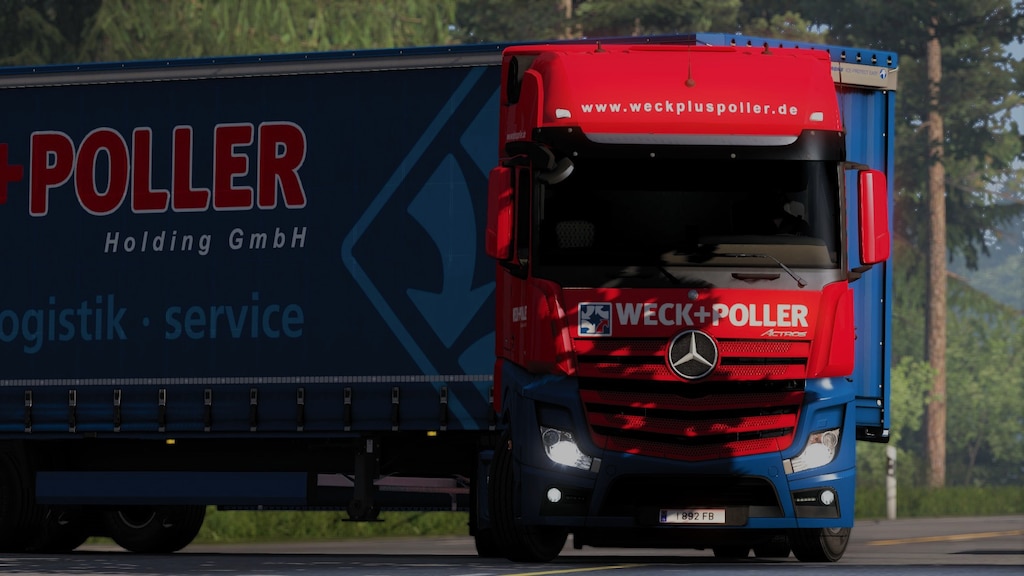 Recommended
22.4 hrs on record
So Euro Truck Simulator 2 was a sleeper hit for me, having got it from a recent Humble Bundle. I'm not normally into sims and driving for me is simply to get where I need to be and not a source of joy in itself. But due to the Overwhelmingly Positive reviews and having seen the game all over the place, I felt like I should at least try it.

Having played for several hours at this point, I can say that I find this game extremely relaxing and interesting without being demanding. There's a slight learning curve for manipulating a very large vehicle around turns and backing up to load and unload trailers - I've never driven a freight truck in my life - but at no point did I find it frustrating. Since I don't own a racing wheel and have no plans to buy one, I chose the simplest steering setup with WASD + mouse and it was very intuitive to pick up. Other driving actions like turn signals, headlights, cruise control, wipers and so on aren't shown in the tutorial but you can find their keyboard commands easily enough in the menu.

The game allows you to turn on the radio and listen to any number of online European radio stations or add your own music files or streams to the game files, if you prefer. The game's sat nav screen works like just about any other GPS you've probably used in real driving.

After doing a few jobs for trucking agencies, you'll get points to level up skills in things like hazardous cargo, and the option to take out a loan from the bank opens so you can buy your first truck and garage. You'll be able to hire other drivers and buy your own fleet of trucks in time, so there is an element of economics at play but nothing overly complicated.

The best part of the game is just cruising through some beautiful, peaceful landscapes and sunsets while out on the open road. Nothing like driving by fields of sunflowers and wind turbines while chillin to a French rock station: just you, your truck, and the trailer full of yoghurt that needs to get to Düsseldorf stat. I'm not European so the novelty of touring places I've never seen is also enjoyable. With an enormous amount of paid DLC available and Steam Workshop support, you're pretty much guaranteed to be able to customize your game to the way you like it. 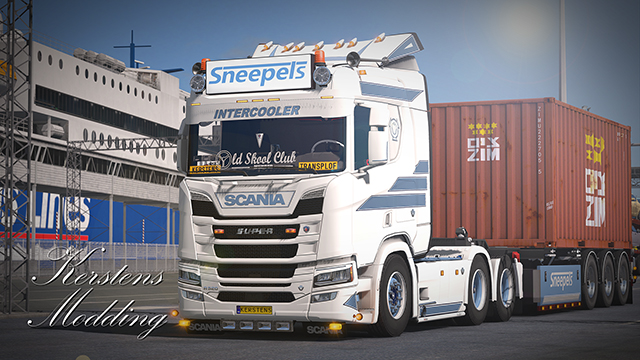 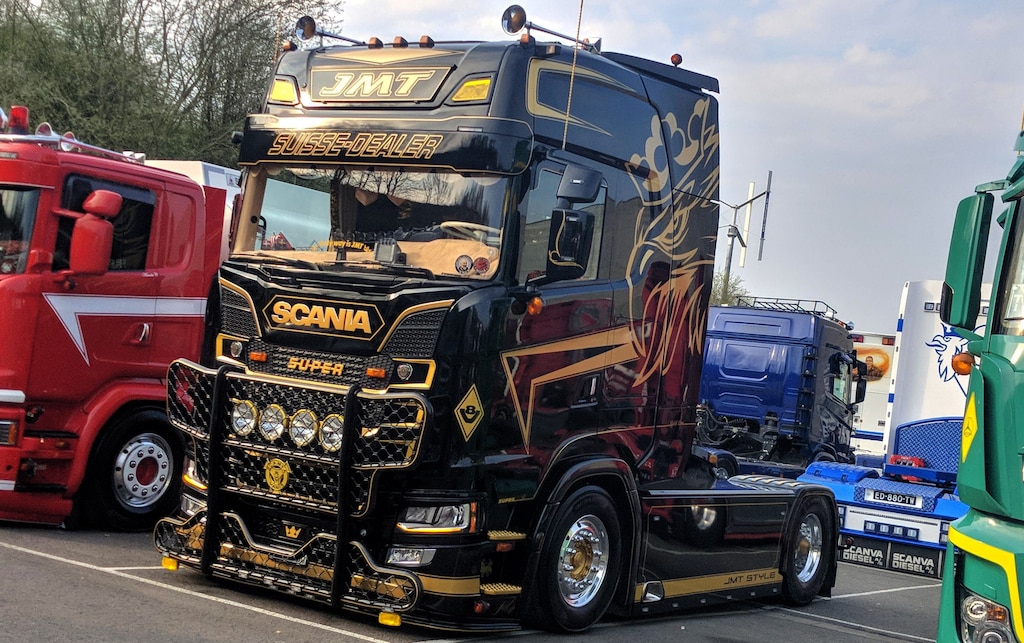 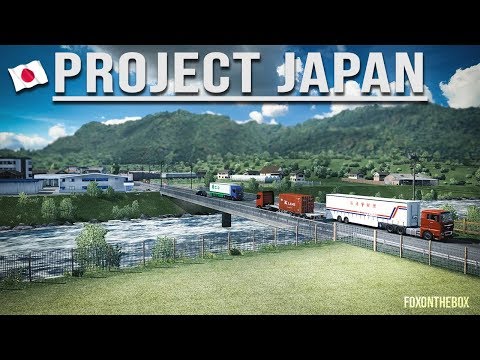 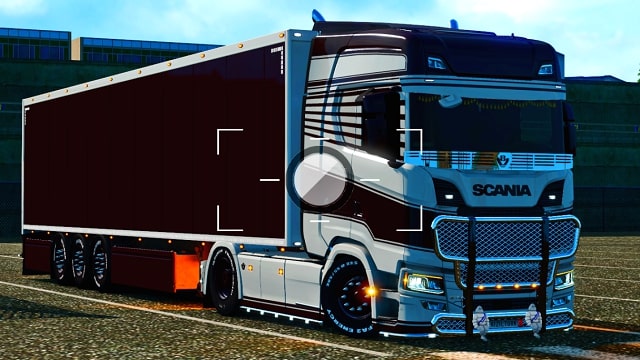 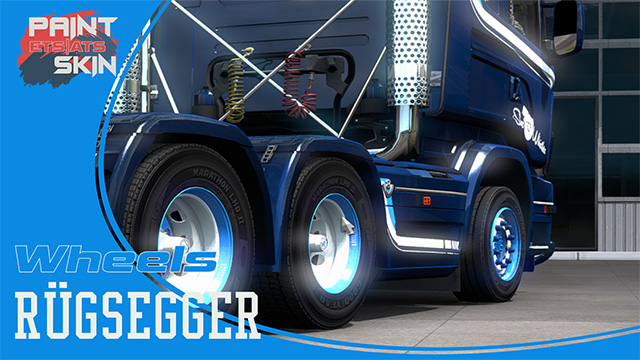 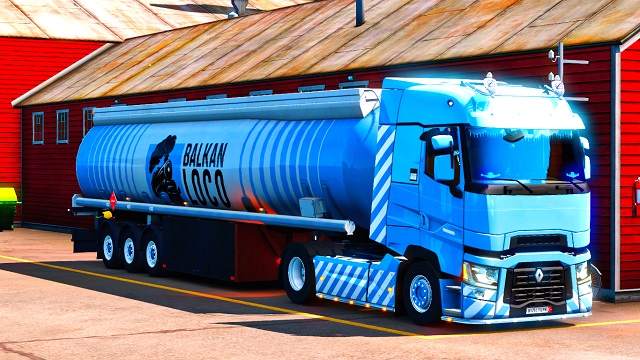 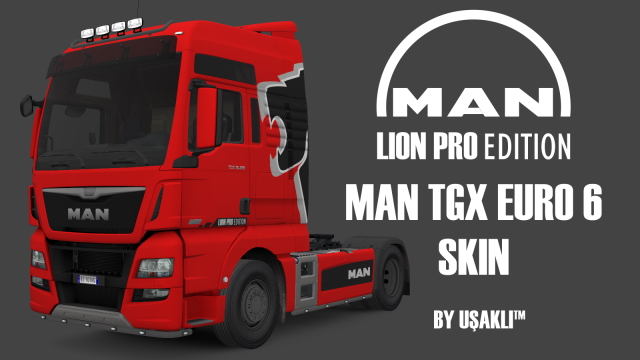 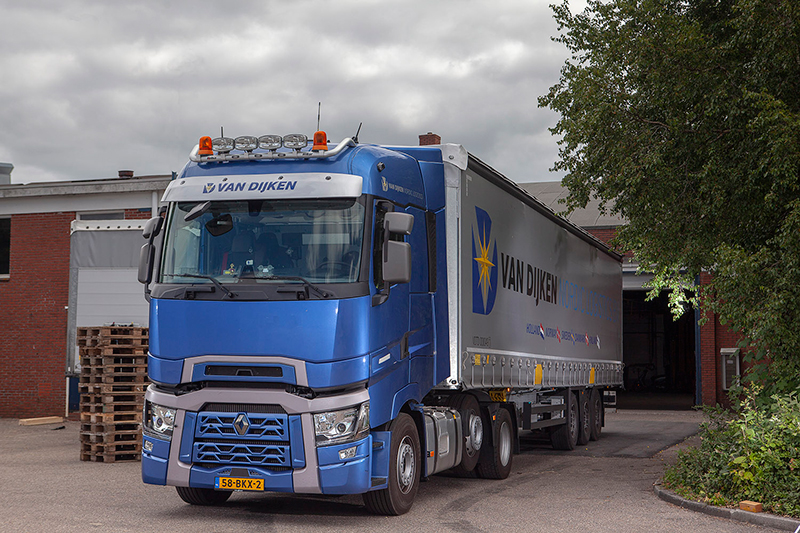 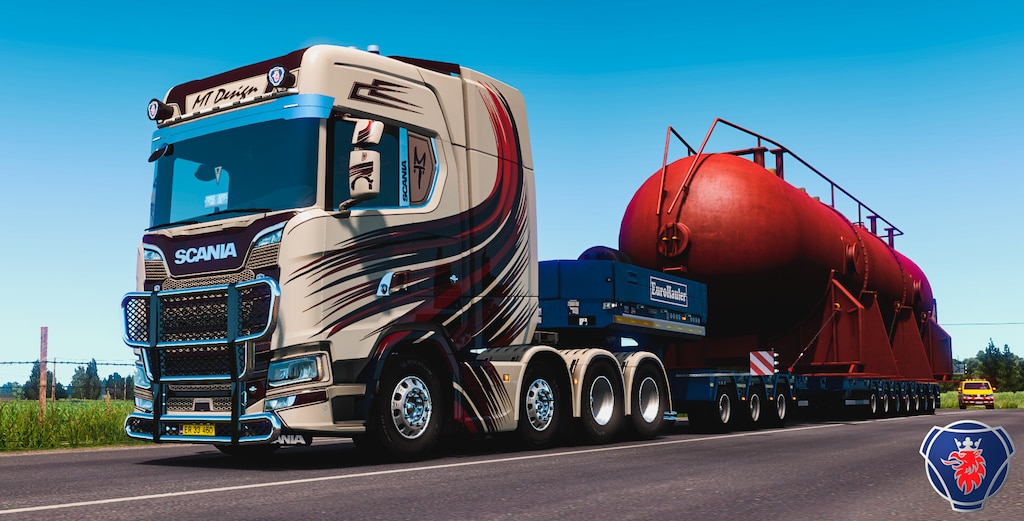 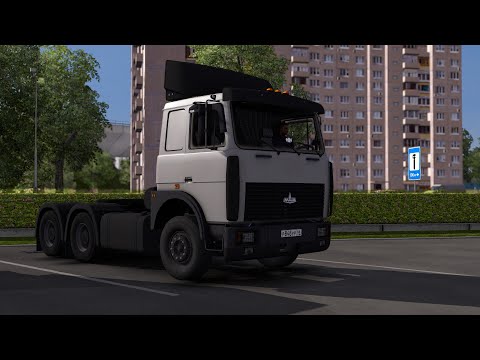 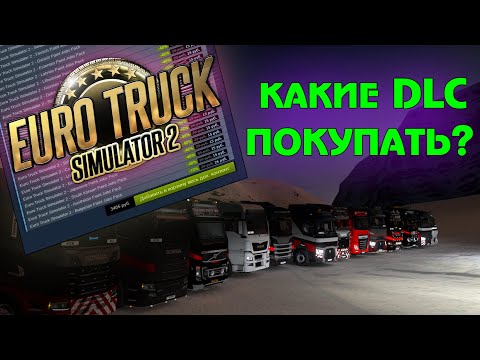 PatronuXXL
1 product in account
0
Mods for different AI vehicle behavior?
I just noticed how boring it is seeing other cars just come out through closed parts of a map and I wondered, if there are any mods so that the trucks don't drive from unreachable point A to unreachable point B? I would love to see trucks go into compani...
10

Allozorro
13 hours ago
General Discussions
Red texture ETS2
Is this a commom problem ? a bug? This is the first time i saw this red texture. Iam using promods and roexteded where the problem came up in romenia ukraine and macadonia as far i can see. My gamelog : https://pastebin.com/1XPU9ptW Mostly the texture...
5