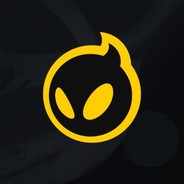 Dignitas is one of the most storied and recognized brands in esports. Former in 2003, then known as Team Dignitas, the organization has gone on to produce 34 world champions and 18 world championships. Team Dignitas is the renowned esports franchise of the Harris Blitzer Sports & Entertainment portfolio which also includes the NBA's Philadelphia 76ers and the NHL's New Jersey Devils, among other sports and entertainment properties.

Fifteen years ago, two esteemed Battlefield 1942 teams came together to form a super team named Team Dignitas. Founder Michael ‘ODEE’ O’Dell hoped to create a team and team name that would embody the traits the group would strive for: Merit, Prestige, Dignity and Worth. Thus, Team Dignitas was born.

Throughout the next 15 years, Team Dignitas would earn eighteen world championships and house thirty-four world champion gamers. The historic brand later became the first esports team to be acquired by a major North American sports property in the Philadelphia 76ers. Team Dignitas cemented itself as one of the most storied brands in the esports industry.

This video is sponsored by WD - https://www.wdc.com/