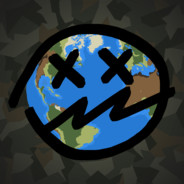 Welcome to FPARMA!
We play ARMA3, don't be confused by the group's name.

Ask Cuel or one of the moderators if you want to organize games and need to be able to make events/announcements.

http://donate.prfn.se/ //If you feel generous, all money will go towards hosting!

We're happy to inform you that FPArma will once again be hosting a longform campaign. The first mission will take place September 19, 2021 and has the potential to go for months.

Now, I hear your concerns, but please read the intro page to our WIP public document to answer some initial questions.

Why is this?
Moderator-backed, after 7 years, we hope it will have been worth the wait.

Is it interesting?
We hope so! Neo has been testing functions and ideas for this op for months. We’ve scoped multiple player factions that will be played throughout the campaign, along with unique support assets, off-Sunday support missions, failure conditions, and tons of other spicy stuff you’ll encounter.

What can I expect?
- Wargame rules.
- Higher level strategic play.
- Losses during missions, and unfavorable player odds.
- 2 Hour per mission runtime.
- This will take place in the form of one Sunday Op every two weeks, with a small chance of flavorful off-days.
- Multiple player nations over multiple missions.
- Powerful and effective support assets.
- A Challenging and strategic foe.
- Persistent Enemy and Player units and world.

How can I participate?
Signups! For most, signups as usual. Not every slot will be scrutinized and hogged for the duration of the campaign. Command structure is still being debated for the best setup, but permanent command elements are intended. Make no mistake, if you sign up for command, we will have a plethora of information about how your role will fit the campaign.

What are campaign commanders?
Three players from the community will be chosen to lead the coalition, one for Air, Land, and Sea theaters each. The commanders will be responsible for every strategic and operational aspect of the mission, from major maneuvers to objective selection. Equally so, commanders will be tasked with using various units provided in the campaign.

How will they be chosen?
If more than three apply, they will be chosen by random, and the rest will become reserve if desired. Should the event prolong itself, a rotation may be placed in effect to alleviate fatigue.

How will they conduct leadership?
Using rules outlined in the document and an island-wide situational map provided by the game master, commanders will be discussing individual turns via a special discord channel, then decide the action of every deployed unit. This will be repeated for every phase, where each phase lasts 8 hours in game time.

Do the commanders have to squad lead / platoon lead?
No.

Can I provide input?
The channel will be visible to all, but only commanders & reserves will be allowed to talk. If you would like to participate in the leadership, sign up as a commander or a reserve commander.

Can I backseat commanders?
We will ban people if they armchair, backseat, heckle, or harass officers. Don't Repeat Nam Month.

When do we pick them?
From today until next week. Join the discord and rate the announcement with :noseup: for air, :platoonleader: for land, and :hovercraft: for sea rosters.


Please feel free to view the documentation and ask questions. We aim to fill it out with community FAQs.

As the discussions about custom faces flared up again, the moderation team sat together to brainstorm.
The result was, we will be allowing custom faces again. There however will be rules to that, which will be detailed later. We also talked about a curated custom faces mod, which was also discussed a few times. The result there was, we might explore that in the future to create custom faces which the vanilla custom face feature cannot cover.

In short, the rules are “Don’t be a dick” and “Don’t be stupid”.
Moderation will enforce these rules. They will also hold the right to determine if a face is unfit at a later date. Players can report people with faces violating these rules via discord DM or directly in-game with the whisper menu. Violators of these rules will be banned, permanently. However, you can appeal once and only once.

This will be a trial period to see the how the community can handle this and hopefully not devolve into complete anarchy. The trial period will end after the OP on the 7th February.

Please note if you are creating a custom face, there is a hard 100kb limit. You cannot connect to the server with a face file larger than that.

Says Dec 24, 2020 @ 11:06pm
Top online Arma2:OA server (120+) - {LINK REMOVED}ArmaProject announced the launch of multilingual games. We have prepared instructions ( eng / polish ) and translators who are ready to accompany you in the game.
TvT games run every Friday and Saturday from 21:00 Moscow time (GMT+3).
We will be glad to see new players!