Curse of the Dead Gods

You seek untold riches, eternal life, divine powers - it leads to this accursed temple, a seemingly-infinite labyrinth of bottomless pits, deadly traps, and monsters.
$19.99
Visit the Store Page
Most popular community and official content for the past week.  (?)
UPDATE 1.24 - Curse of the Dead Cells + 20% off!
Apr 14

You’ll learn everything you need to know about the CURSE OF THE DEAD CELLS UPDATE in our new trailer, right here: 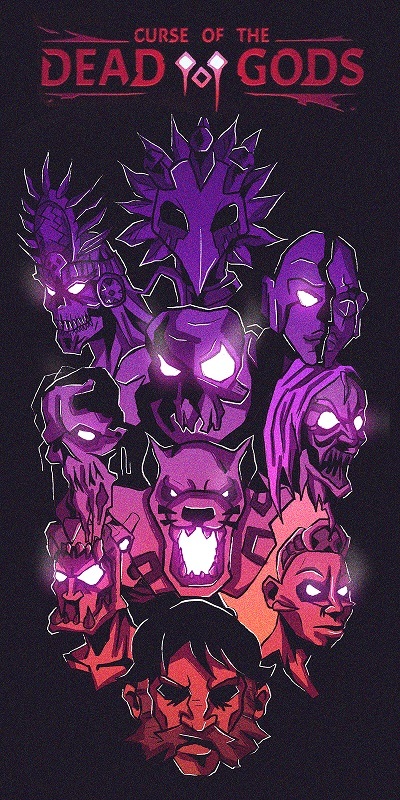 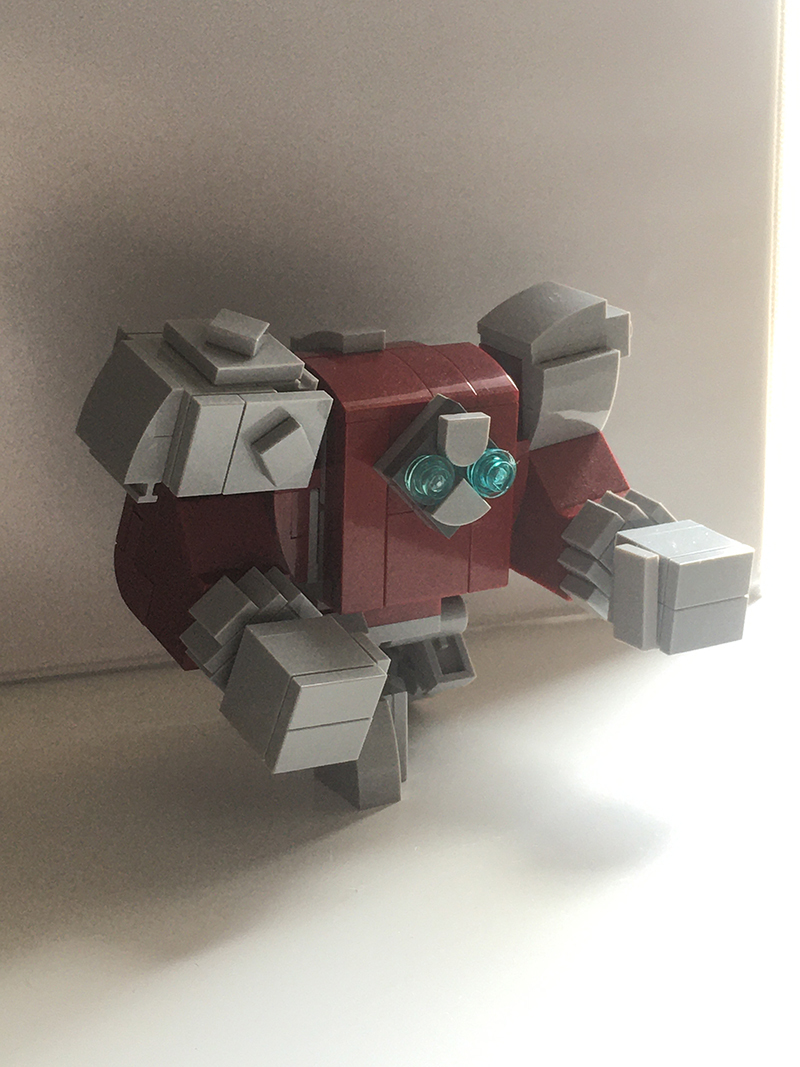 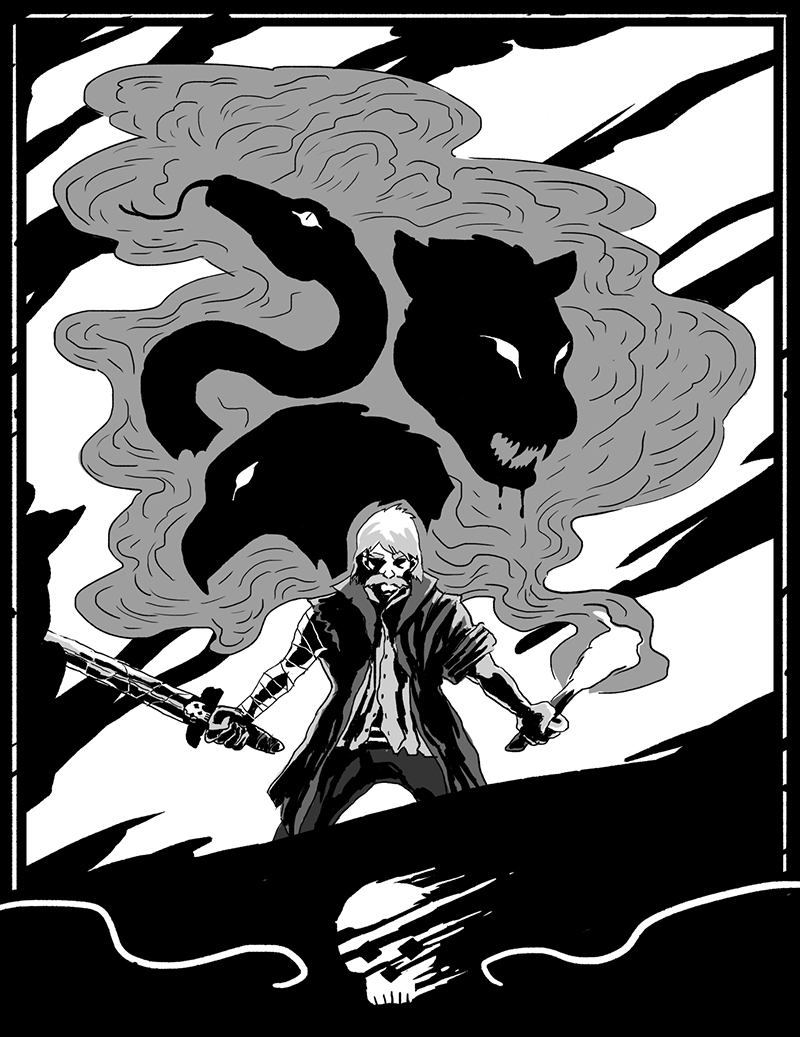 Curse of the Dead Gods
391
50
Worst gameplay ever with Keyboard and Mouse
Hello, If I may allow myself to share my opinion on a BIG negative point. Frequently playing the game "Hades", I was eager to start playing Curse of the Dead Gods but my joy quickly subsided. Because of what ? Of the impossibility of playing correctly with the keyboard and the mouse and if that were irreversible I would not be bored to write, but how the hell can one have the idea to let the character be played with directional arrows (ZQSD or WASD for American keyboards) and ....... have to orient the...
216

Demünhel
Apr 26 @ 7:03pm
General Discussions
Petition to remove electric babies
Or at LEAST slap the person who's idea it was to make the i-frames for dodge disappear with electricity. Doing a timed run challenge and 2 elite boogaloo fetuses show up with the healing orbs, it's legitimately ♥♥♥♥♥♥ painful to deal with. EVERY single other part of the game is a blast even when I lose but those stupid ♥♥♥♥♥♥♥ things are WAY too capable of staggering you, ♥♥♥♥♥♥♥ up your stamina management, which in turn stops you from being able to attack the healing enemies. I don't really ever say thi...
61 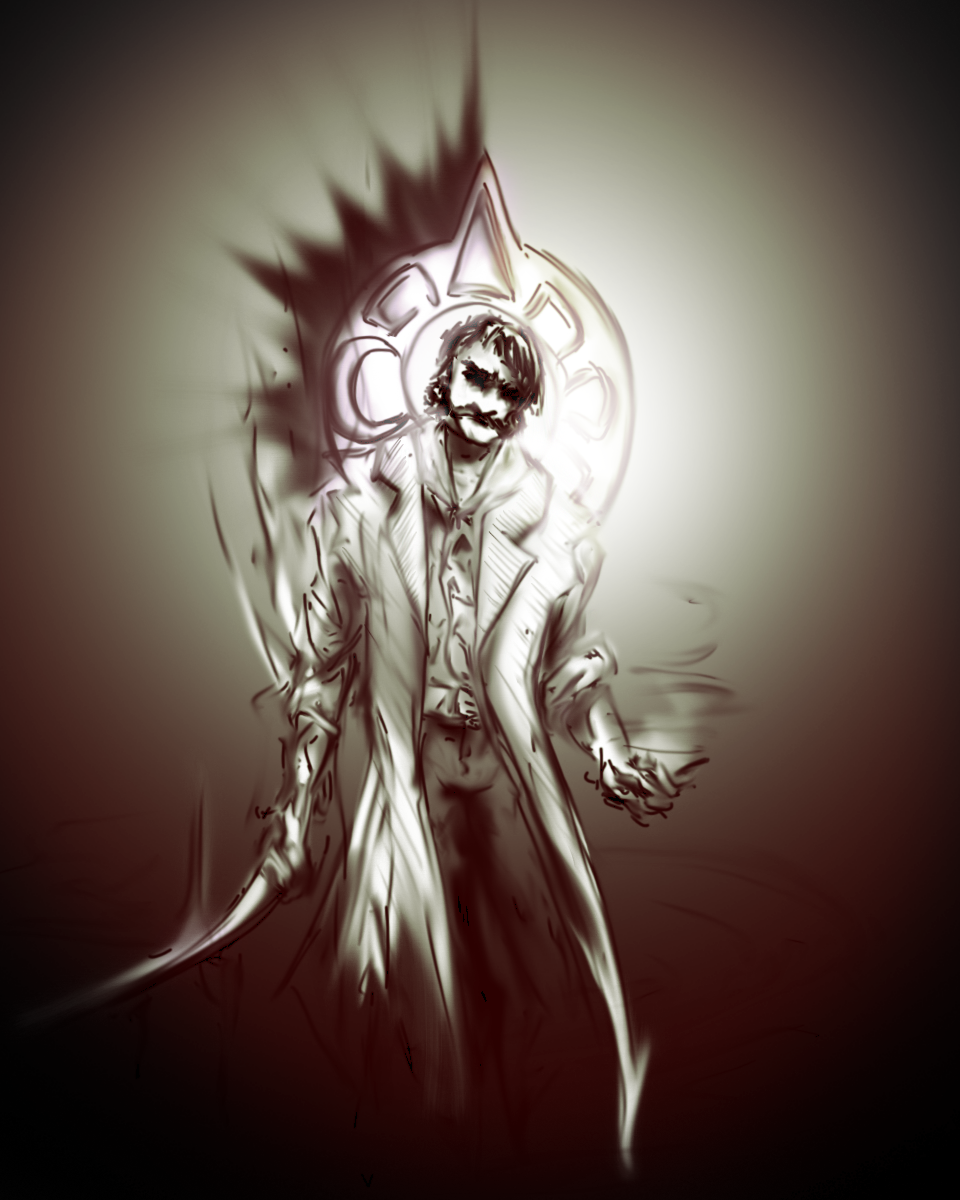 Sharethepain
View all guides
Please nerf the parry stance of Dark Avatar of Eagle
Make it unable to heal when he is in a tornado, or simply let tornado interrupt his parry stance. It's annoying as hell that he hides right in the eye of the storm and heal himself up, when I have to look at all these happening since i have no ranged weapon....
2 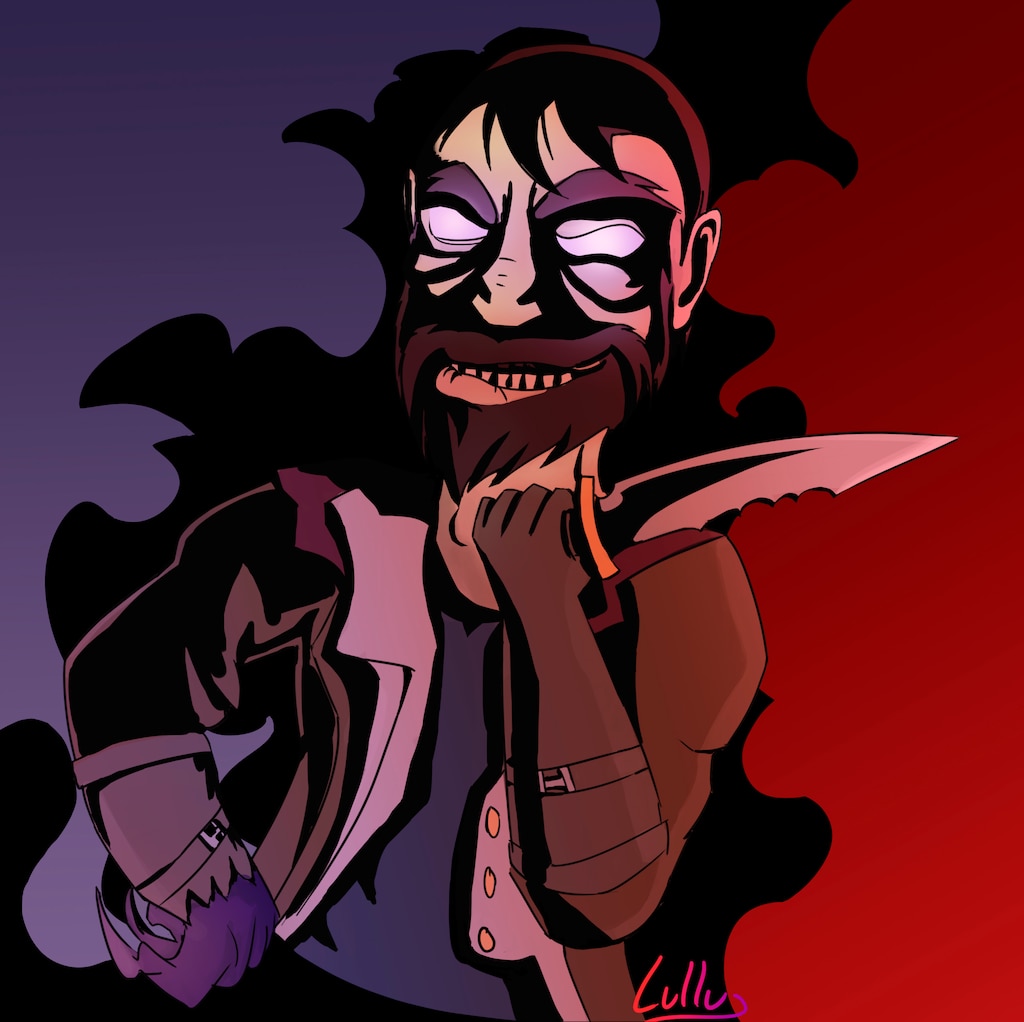 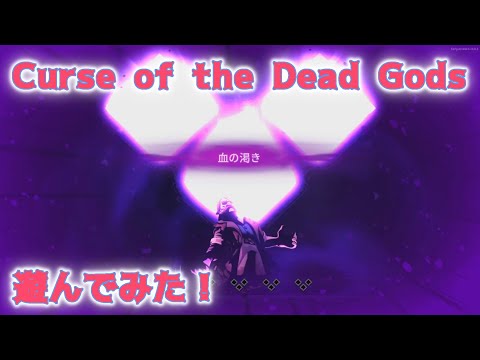 Rlyeh
View videos
Is the Dead Cells update available on all platforms?
I'm thinking of buying the Switch version.
8 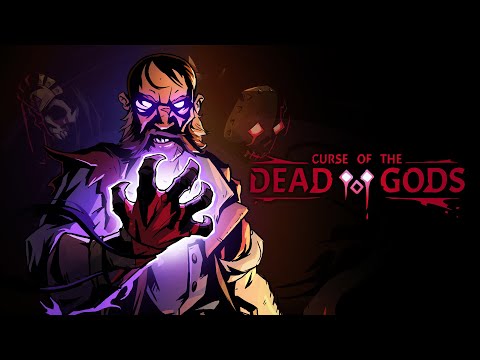 Curse of the Dead Gods - Achievements Guide
Very simple achievements guide to help you unlock them all.

Survival Guide
An overview for a fresh player to learn of some mechanics without having to learn it the hardway. I am writing this guide very early into my play time so have captured a new players experience. 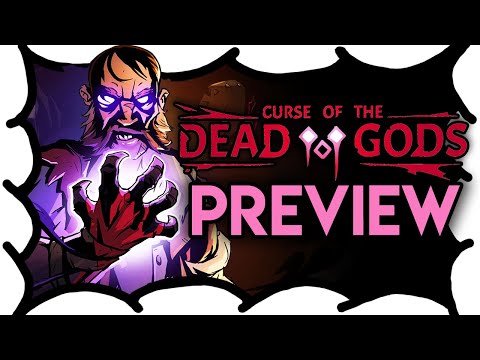 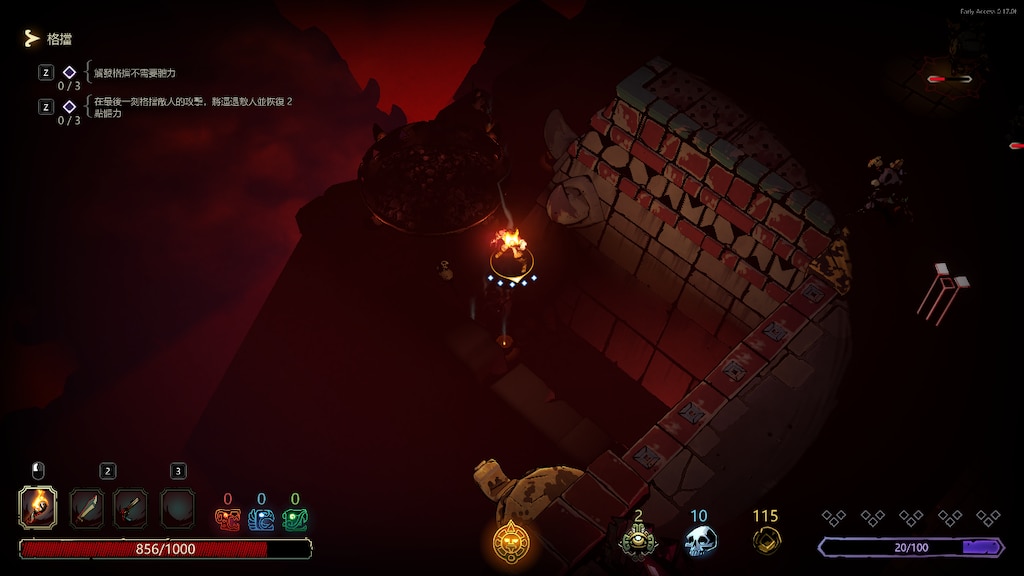 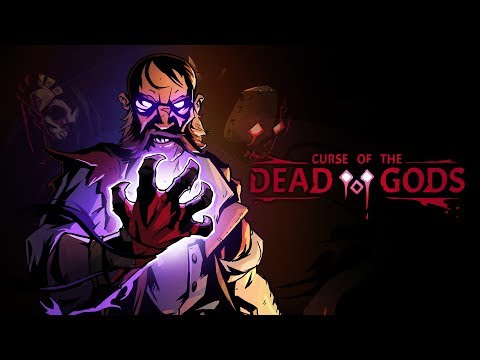 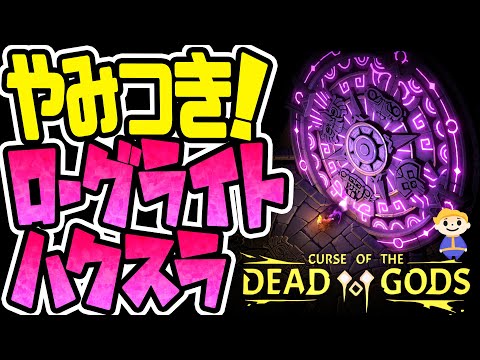 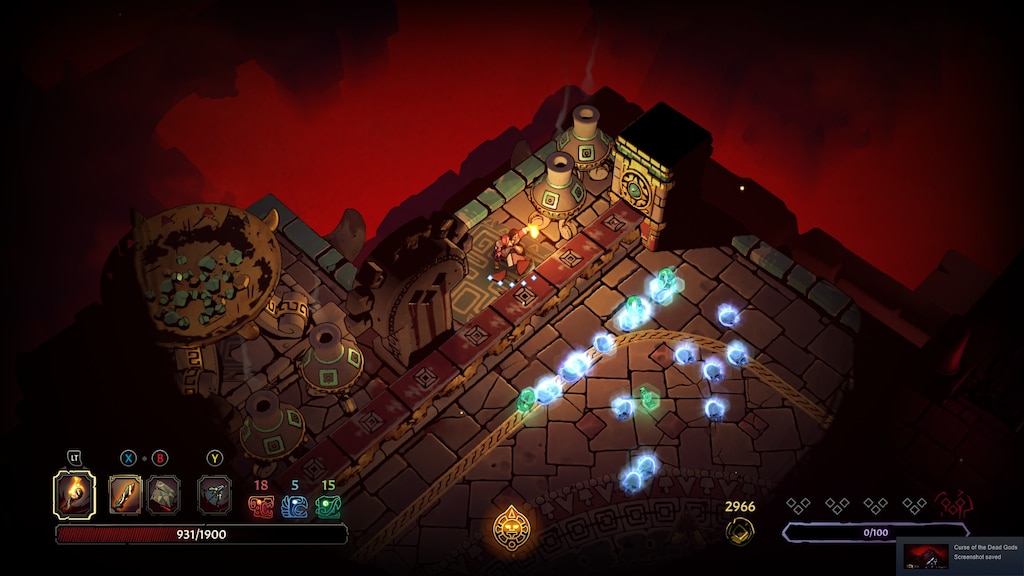 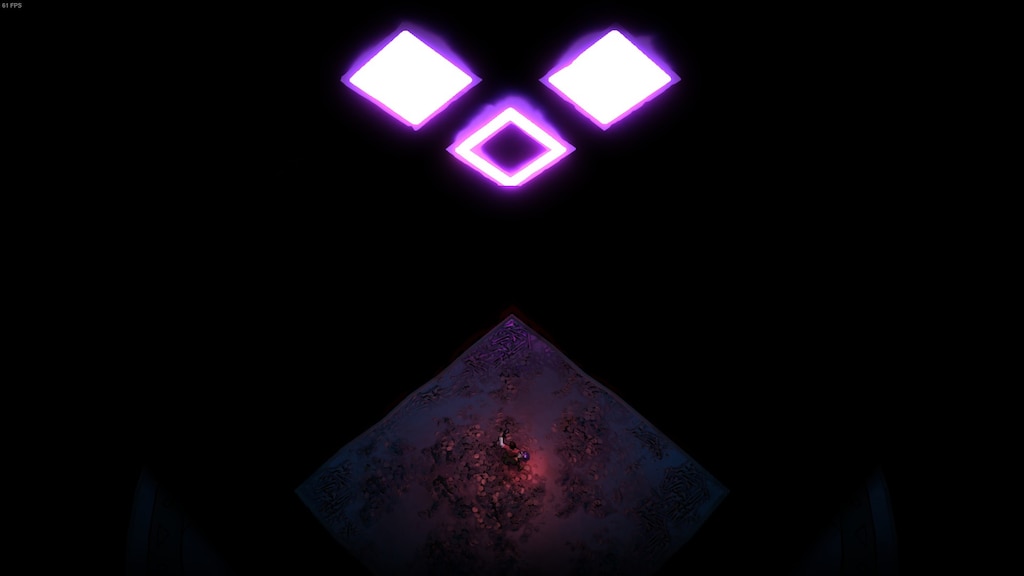 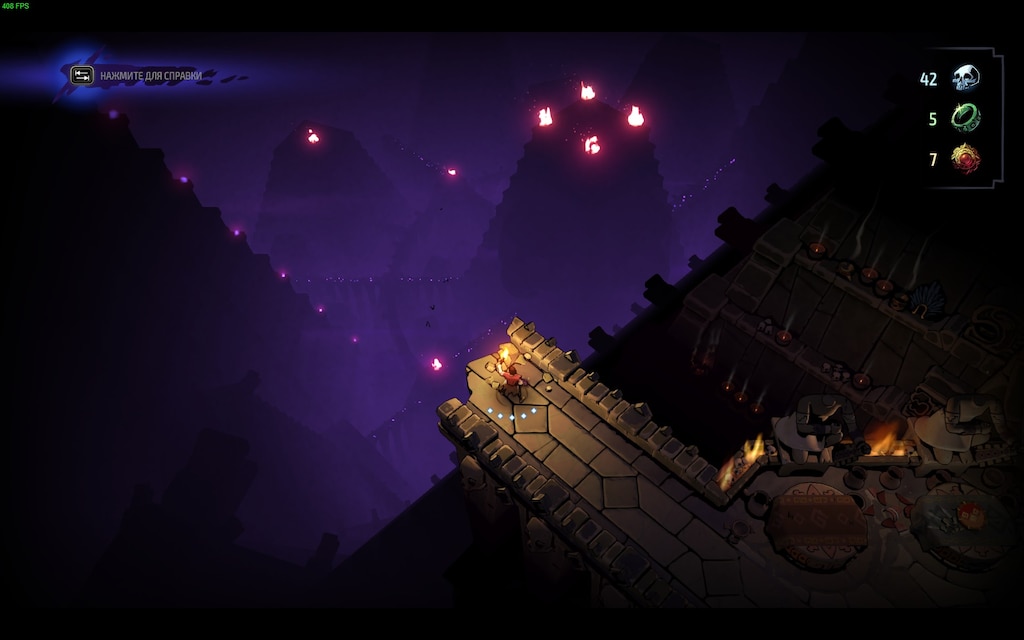 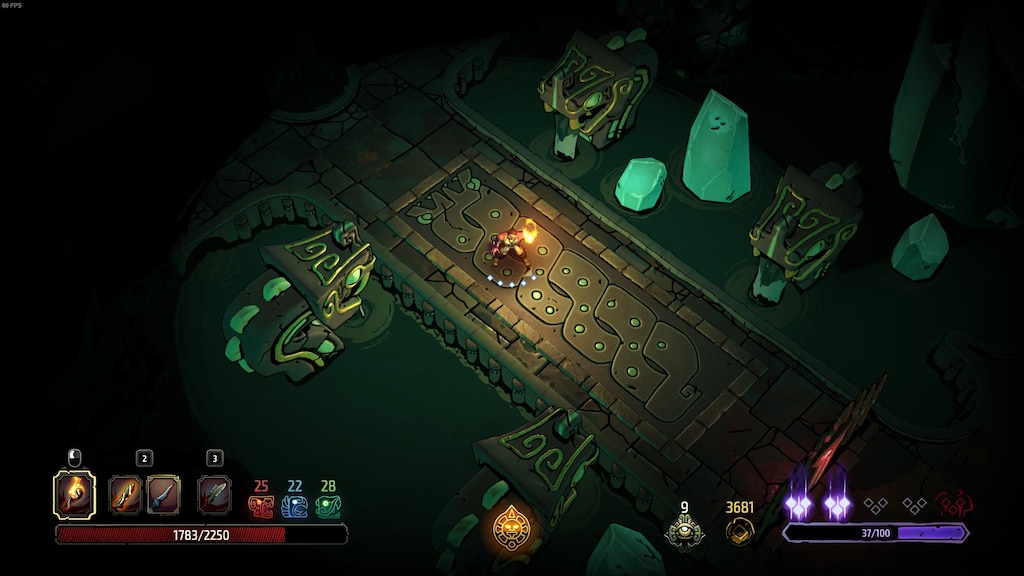 0
0
damn these level designs are FIRE 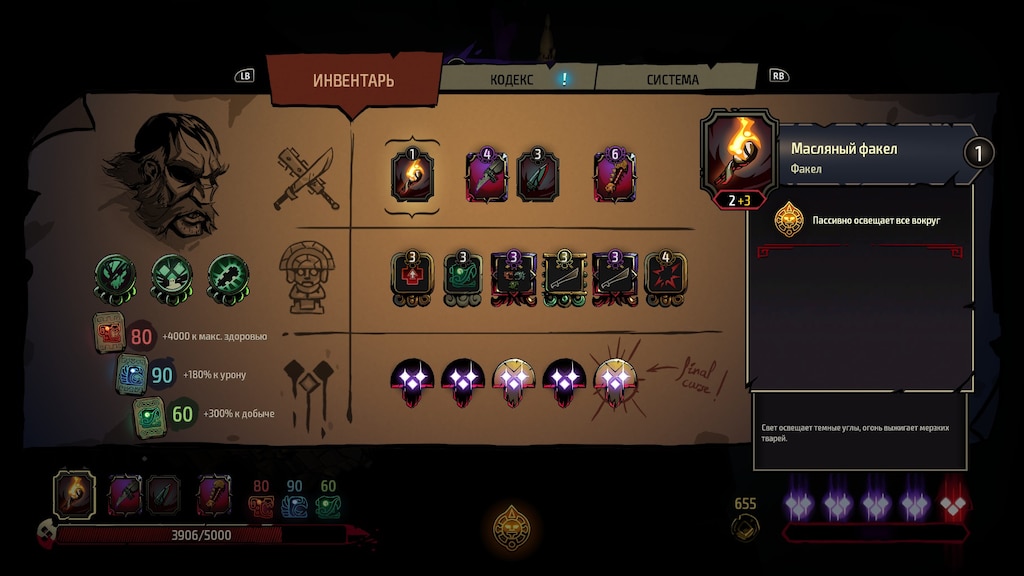 Not Recommended
1.7 hrs on record
I just don't enjoy the game play. Bit slow, bit laborious. Just not for me. 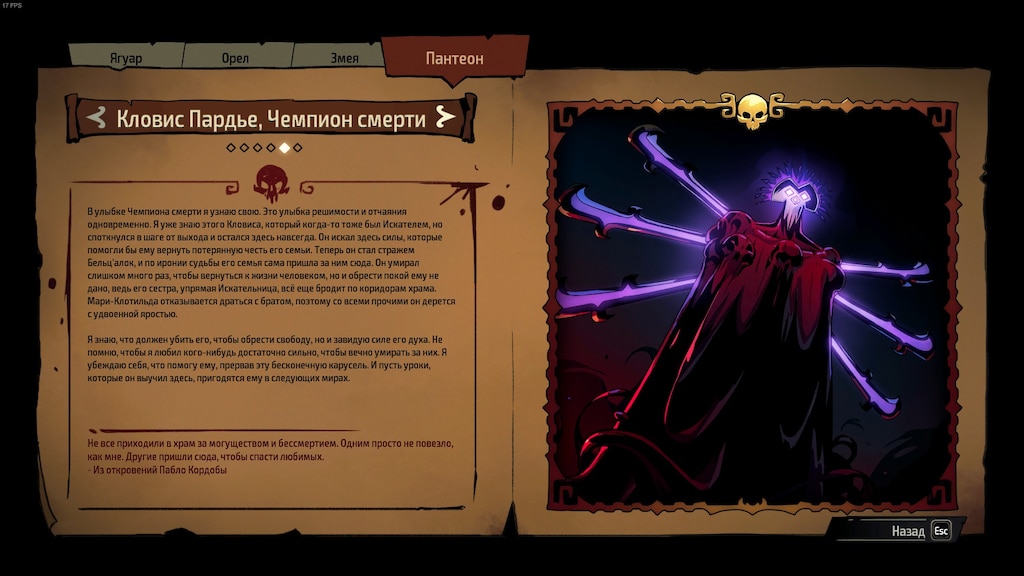 Not Recommended
31.6 hrs on record
I laughed at the reviewer who called this "Hades 2.0". There is no story, no engaging characters, no voice-acting beyond monsters screaming, and the music and sound effects are repetitive nothings. Neither the dodge mechanic nor the enemies' attack patterns for parrying are consistent. Get ready to get hit by attacks through obstacles, dodging, and parries. If you don't RNG yourself the weapons that the game likes at the start of a run, you're SOL. The only interesting thing about the game is its art.

Mike Easter
90 products in account
0
It gets so repetitive
The game was fun in the first half but then got so repetitive, i thought i'd see new areas and enemies as i progress through but i barely feel any difference between most levels .. plus the game has one of the weakest and dullest progression systems i've seen in a roguelike.. the game had really good combat and atmosphere but that's about it, and it sucks that it has no story.. ik most roguelikes aren't big on stories but they could've set up a nice story structure like Darkest Dungeon.. this game is so ba...
8

The curse mechanic is pretty inoffensive and somewhat novel. Most curses don’t alter the run substantially (except that one curse that just piles on corruption gradually; you will essentially lose unless you can purge that one). However, the designers definitely favored the hard>fun motto in most of the decisions they made, which is disappointing.

I don’t mind the stamina meter; it’s good. Nor do I mind the few opportunities for healing; it’s rogue-lite. Without such mechanics, people would just beat the game in like five hours and forget about it. The true problems lie in enemies having too much HP and your damage often being pitifully low.

Like most reviewers, I think the weapon choice is really uninspired (unlike Hades). Most weapon/weapon effects are trash. I have had the most luck with range weapons. But effects like poison and elementals don’t do anything against these meaty creatures. Therefore, room battles are something of a slog as you dodge, dodge, dodge and then get your licks in and repeat the process. There is not a lot of synergizing, but rather, you just try to max out your damage/health traits.

I’m currently at the third level of bosses, and my poor character just doesn’t scale as he fights room after room of champion creatures that require so many hits to kill. On that topic, can we cut down on the wave rooms? There are times when I have like three in a row. I think it would be actually good to sneak past enemies once and a while, but instead, you’re forced to fight three waves of enemies containing two-three beefy champion monsters. Just a total dirge.

It’s just not very good. You don’t alter your play style. You don’t tackle runs differently. It’s just another kinda bad game where the player feels weak because hey, that is what makes it challenging. Also, the progression system is very meh. I see a lot of people giving up halfway through. I’d recommend just playing Hades again.

We are proud to announce a partnership with Motion Twin and Evil Empire for “CURSE OF THE DEAD CELLS”, a crossover update releasing on April 14! 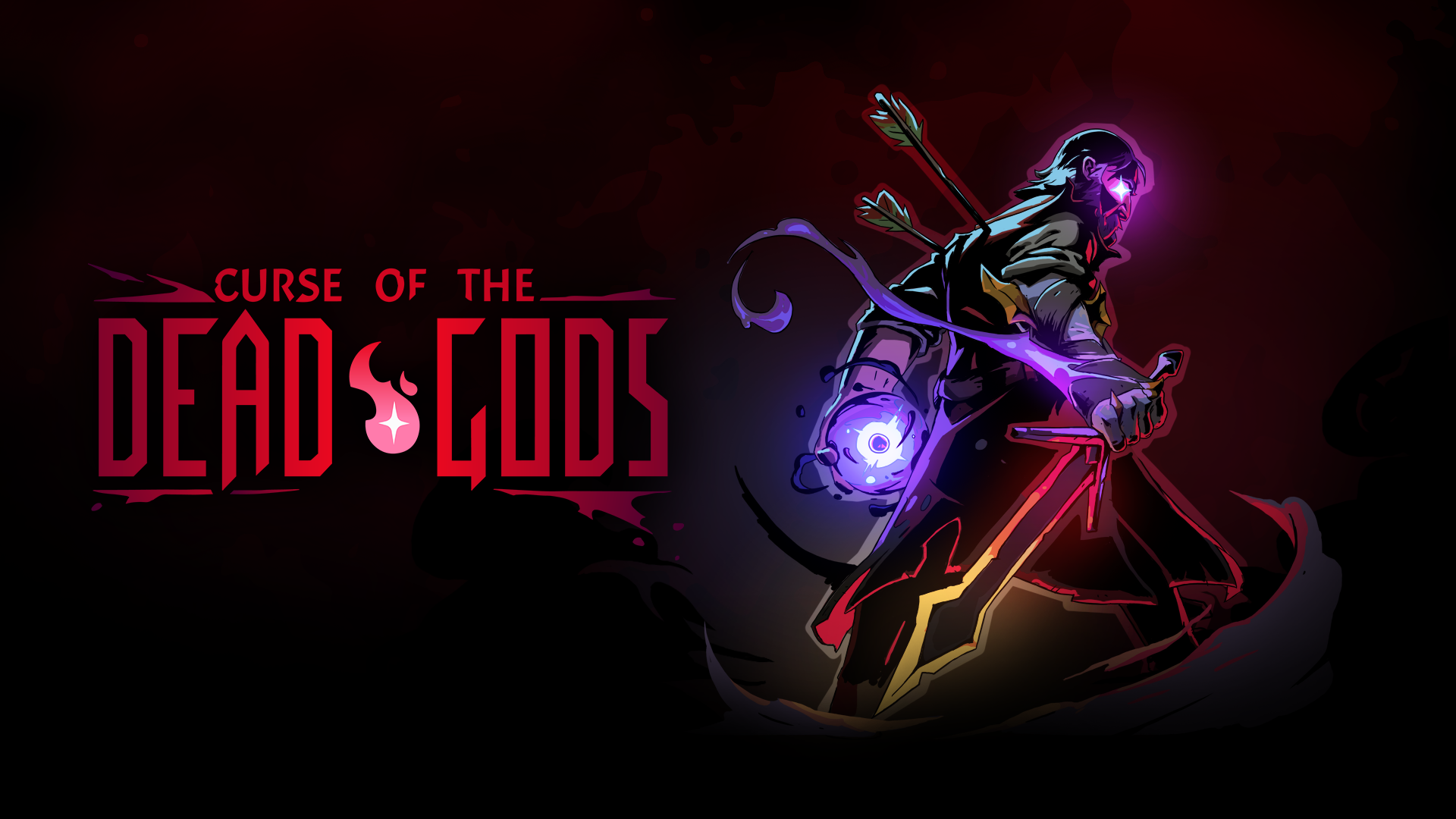 This free update to Curse of the Dead Gods will add a new curse, three new weapons, and a new kind of Challenge Room, all inspired by Dead Cells.

What kind of Dead Cells-themed content can you expect?
A new Curse, the Curse of the Headless, will let players move faster while receiving more damage, with a visual twist emblematic of Dead Cells’ main character. Three new weapons inspired by Dead Cells will be added: the Sword of Conjunctivius, the Broadsword of the Knight, and the Crossbow of the Condemned. Each is fashioned after its equivalent from Dead Cells (the Broadsword, the Cursed Sword, and the Explosive Crossbow). Finally, a new Challenge Room players can find during their runs will feature Dead Cells’ Cursed Chest: you’ll have to win its challenge to earn rare items for your run, including a cursed one. 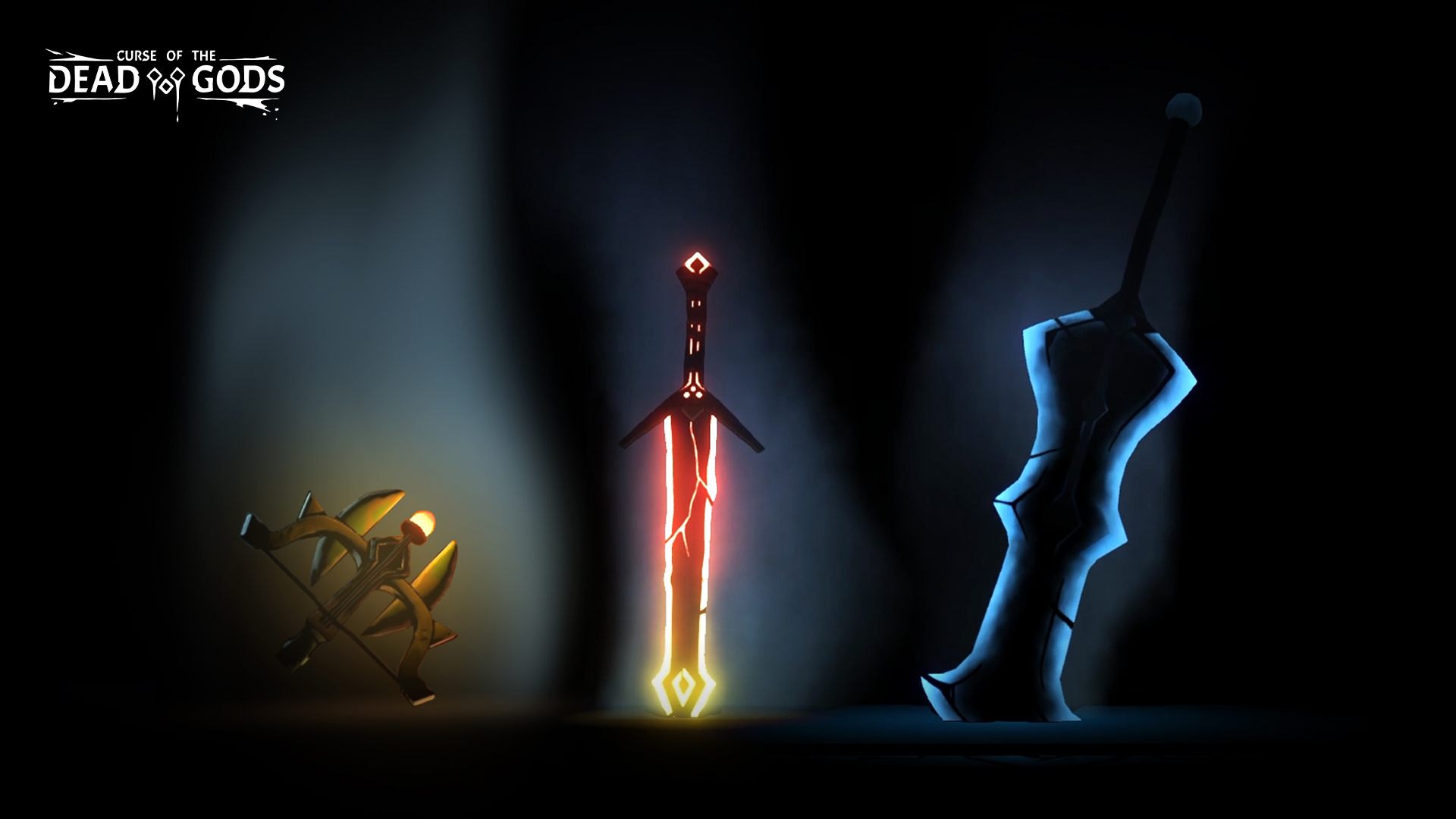 Besides this Dead Cells-themed content, more features will be coming to our game with this update! There will be a new two-handed weapon style, a new curse, new relics, and much more. More information will be unveiled soon. Stay tuned!

Don’t worry explorers: the Curse of the Dead Cells Update comes at no additional cost! Get ready for this major update coming April 14!