Store Page
Hearts of Iron IV>  Workshop > Mechano's Workshop
This item has been removed from the community because it violates Steam Community & Content Guidelines. It is only visible to you. If you believe your item has been removed by mistake, please contact Steam Support.
This item is incompatible with Hearts of Iron IV. Please see the instructions page for reasons why this item might not work within Hearts of Iron IV.
Current visibility: Hidden
This item will only be visible to you, admins, and anyone marked as a creator.
Current visibility: Friends-only
This item will only be visible in searches to you, your friends, and admins. 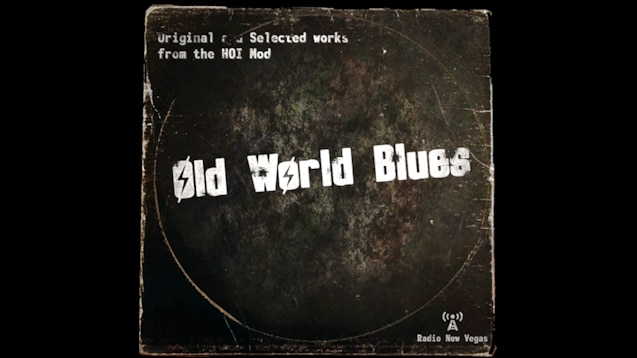 This item has been added to your Subscriptions. Some games will require you to relaunch them before the item will be downloaded.
In 1 collection by Mechano
Mechano's Mods

1.2 Update:
- Version updates to 1.6.*
- Added all ambient songs from FO1, FO2, and FO:NV
- Set up triggers for all ambient songs; songs are now more exclusive to specific countries, country types, and/or tech level.
- All songs are now named with their origin game in the title for easy reference.
- Theme changed to 'Khans of New California'.
1.3 Update:
- Added new songs from in-house by Skip
1.3.1 Update:
- Added missing songs
- Removed annoying violin music that nobody likes

2.1 Update:
- Added 12 new original songs for Mexico, including a new main theme!
This is the music portion of the Old World Blues mod. It adds a radio which allows you to change your music settings on the fly for each country to enable/disable certain categories.

Much of the original extraction and localisation of songs was done originally by Xylozi in his EU4 mod, while he was on the team. Link to their workshop: http://steamcommunity.com/sharedfiles/filedetails/?id=1103580940&searchtext=fallout

dexter Oct 23 @ 3:24am
The developers made a new music mod. https://steamcommunity.com/sharedfiles/filedetails/?id=2051348857 go download it instead

fro Apr 21 @ 9:03pm
Your songs on YT were deleted, is there another way I can listen to your custom tracks outside of the game?

the witch  [author] Apr 11 @ 3:18am
@the_levy - The new mod has tracks from the games Old World Blues currently covers and will expand as the base mod does.

The Symphonic tracks are now in the *base* Old World Blues mod instead.

the_jevry Apr 10 @ 3:54pm
Why is this music mod abandoned though. the new mod has different songs and is missing the tracks made by symphonic. 😣
< >