Store Page
Hearts of Iron IV>  Workshop > Ted52's Workshop
This item has been removed from the community because it violates Steam Community & Content Guidelines. It is only visible to you. If you believe your item has been removed by mistake, please contact Steam Support.
This item is incompatible with Hearts of Iron IV. Please see the instructions page for reasons why this item might not work within Hearts of Iron IV.
Current visibility: Hidden
This item will only be visible to you, admins, and anyone marked as a creator.
Current visibility: Friends-only
This item will only be visible in searches to you, your friends, and admins. 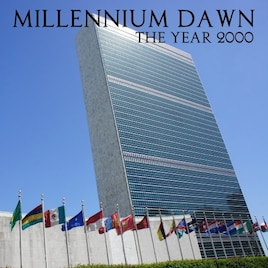 Angriest Bird
Offline
See all 7304 collections (some may be hidden)

This item has been added to your Subscriptions. Some games will require you to relaunch them before the item will be downloaded.
Description
This version will no longer be updated to newer versions of Hearts of Iron. Please shift to using the new one for the most up-to-date content.
The New Steam Page

The changing millennia has seen a multitude of changes from the century prior. Globalization treks on its ever increasing march. Rising extremism is rearing its ugly head. Terrorism is running rampant.
The list goes on as the world transitions from the 20th century to the 21st century. The globes powers have begun to vie for supremacy in this new millennium. Can you lead your nation to prosperity
through the decades ahead, or will you stumble through some of the world's defining moments in contemporary history?

Millennium Dawn is a multi-mod project set in the year 2000 and carries forward to modern day. The mod itself boasts new and unique tech trees, focus trees, events, and decisions to immerse you in the intricacies of the modern era.
Further it offers a new and unique economic system, a new political system, national taxation and debt, custom internal political factions, international influence mechanics, custom 3D models, a custom soundtrack, and much more!

We still have a long way ahead of us before we reach the end of our development so stick with us and keep up!

Most recent changelog can be found using the changelog feature on the workshop OR via our discord.

What can we expect in Future Releases?

Future updates will add more content across the board. Decisions, dynamic events, politics, focuses, more conflicts, and all that exciting geopolitical action we know you love and crave.
Here is a quick at a glance view of our expected roadmap for Millennium Dawn.

Disclaimer!
If you are having issues running Hearts of Iron update 1.10.4 you may experience poor performance with this mod!
Due to the size and scope of this mod, Millennium Dawn. has higher system specs than vanilla.

Do not use other mods or submods with this mod unless the author of the submod has specifically stated that their submod works with Millennium Dawn.
Any crash/bug reports or balance issues made while running other active mods will be ignored/disregarded as we cannot feasibly support any issues with mods.
Please write to us about errors, but specify as many details as possible—otherwise it is not helpful.
This mod does not require DLC to play but the Millennium Dawn team highly recommends having all DLC to get the full experience.