Store Page
Arma 3>  Workshop > dslyecxi's Workshop
This item has been removed from the community because it violates Steam Community & Content Guidelines. It is only visible to you. If you believe your item has been removed by mistake, please contact Steam Support.
This item is incompatible with Arma 3. Please see the instructions page for reasons why this item might not work within Arma 3.
Current visibility: Hidden
This item will only be visible to you, admins, and anyone marked as a creator.
Current visibility: Friends-only
This item will only be visible in searches to you, your friends, and admins. 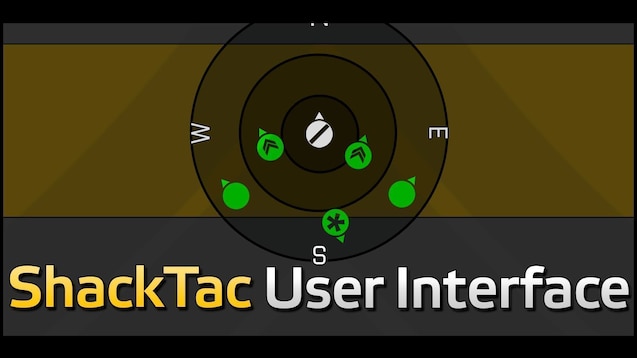 dslyecxi
Offline
See all 22516 collections (some may be hidden)

This item has been added to your Subscriptions. Some games will require you to relaunch them before the item will be downloaded.
Description
The short and sweet version is that a decade after STHUD was first released, the STUI suite is being discontinued. While you can continue to use it if you so desire, it won't be receiving further updates. Instead, focus has shifted within ShackTac to using diwako's DUI HUD, a spiritual successor of sorts to STUI that makes use of more A3-appropriate standards than STUI did, and one which offers the sorts of customization and features that people often asked for from STUI.

Version 1.8.0 of DUI, released earlier today (Oct 12, 2020), now covers all the main aspects of STUI - the group radar, unit indicators, and name tags. It's a really nicely done mod and as a result, there's no reason for us to keep supporting a mod that we no longer need and which has been made redundant by the customizations of DUI. It also has loads of customization options (want the STHUD-esque image for your radar? It's there, labeled as "Classic") and features along with CBA settings to permit a server to enforce given options for clients, if you're like us and want the whole server to be on a standard setup for consistency's sake.

While nothing stops you from continuing to use this version of STUI, I'd encourage you to look into DUI to see what it can offer for you. At the time of this writing it includes:

The only things STUI currently has that DUI lacks are the stamina bar and the map autobrightness mod, and I believe at least the latter can be achieved with ACE3.

You can find DUI on the workshop here: https://steamcommunity.com/sharedfiles/filedetails/?id=1638341685
...as well as on Github, here: https://github.com/diwako/diwako_dui

This modset requires Community Base Addons (CBA) for Arma 3.
http://forums.bistudio.com/showthread.php?178224-CBA-Community-Base-Addons-ARMA-3

You can read more about the different mods here:
https://gitlab.com/shacktac-public/general/wikis/home

Usage of any mod within ShackTac UI / STUI requires agreement with the following terms. The mods (STUI) may NOT be modified, included in other mods in whole or part, used for military training or any commercial purposes whatsoever, without prior permission from the authors. Redistribution of the addon via 6updater/PwS etc is permitted only if the individual mods being used are unmodified and free of charge. Modifications are forbidden without prior permission from the authors.

You can reach the authors at dslyecxi@gmail.com
Popular Discussions View All (10)

Discontinued just means it won't get any updates, updates like you need when the game get a patch or update. It still works thats why its in the workshop.

Any kind of bug report or suggestions are useless since no one gonna work on this mod anymore.

Deathtone May 4, 2021 @ 10:52am
So if its discontinued we cant use it, and why would it still show up in the workshop if it's discontinued?

Fuck you johnny Mar 12, 2021 @ 6:11am
STUI was always a fantastic mod. I think it's really cool that you are showing support to diwako who has taken the torch so to speak.

Memento Mori Oct 25, 2020 @ 5:42pm
Always sucks when a mod dies, but all of them die at some point. Thanks for your hard work on this mod throughout the years.