Store Page
Source Filmmaker>  Workshop > Taco's Workshop
This item has been removed from the community because it violates Steam Community & Content Guidelines. It is only visible to you. If you believe your item has been removed by mistake, please contact Steam Support.
This item is incompatible with Source Filmmaker. Please see the instructions page for reasons why this item might not work within Source Filmmaker.
Current visibility: Hidden
This item will only be visible to you, admins, and anyone marked as a creator.
Current visibility: Friends-only
This item will only be visible in searches to you, your friends, and admins. 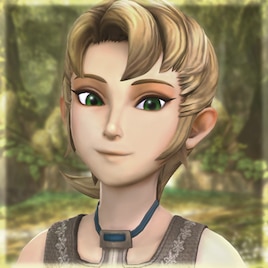 This item has been added to your Subscriptions. Some games will require you to relaunch them before the item will be downloaded.
In 1 collection by Taco
those zelda models you keep seeing

Control groups, IK rigs, particles, and any other extra files that won't download through workshop:
https://www.dropbox.com/s/yuuf2abe68e2ztv/HYRULEWARRIORS_EXTRA_FILES.zip?dl=1

All of my models now use the same control groups file, just use the one from whatever my latest release is.

Although originally a model of Zelda, I have tried my best to actually have the model represent Ilia herself if she were to have appeared in Hyrule Warriors.

Her face is fully posable with either flexes or bones. As with all my other Hyrule Warriors models, an IK rig and Control Groups file is available:

Special thanks to Chrrox, Twili, and RTB, who all contributed to making Hyrule Warriors porting possible.

The Legend of Zelda is ©Nintendo donut sue plz

also, is she actually shorter than that height?
< >