Store Page
Arma 3 >  Workshop > CoseDola | Miller's Workshop
This item has been removed from the community because it violates Steam Community & Content Guidelines. It is only visible to you. If you believe your item has been removed by mistake, please contact Steam Support.
This item is incompatible with Arma 3. Please see the instructions page for reasons why this item might not work within Arma 3.
Current visibility: Hidden
This item will only be visible to you, admins, and anyone marked as a creator.
Current visibility: Friends-only
This item will only be visible in searches to you, your friends, and admins. 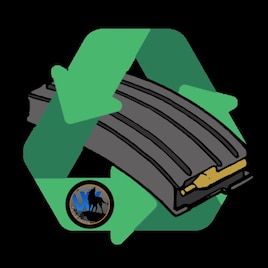 This item has been added to your Subscriptions. Some games will require you to relaunch them before the item will be downloaded.
In 1 collection by CoseDola | Miller
GreenMag

What does it do?
With GreenMag, your empty magazines stay in your inventory after reloading instead of dissapearing into the void. These Magazines (and any othr Mag with missing ammo) can be refilled with the new bullet items if it's a magazine and belts if it's a magazine for machineguns.
These bullets are available in packages ranging from 10 to 60 bullets wich can be unpacked through ace or in the inventory to get the actual bullets.

Magazines can be refilled and unloaded through the ace selfinteraction menu. Ace magazinerepack does get deactivated by GreenMag, so repacking magazines has to be done through unloading a mag and refilling another with the ammunition you aquired through unloading the first one.
Magazines that require belts can be refilled with the belt items. Those are available from the range of one bullet to 200. If the needed ammunition is less then the size of the used belt, the remaining lenght of the belt will remain in your inventory and can be attached to another belt to regain a larger belt item.

Features
- Load / Unload magazines
- Ammunition, Ammunition packages and belt items
- bullets can be taken out of belts to fill magazines with them
- configurable through CBA settings
- Modifiers for units in 3DEN, to simulate differences in skill

CBA Settings
GreenMag provides multiple ways to customize your experience. From completely disabeling the mod to customizing how many magazines you want to be shown in the ace interactions.
For mission creaters can also choose if they want a basic system or a advanced system for ammunition handling. While the basic system differs just by caliber, the advanced system also differs by type, e.g. tracer and non tracer.

Do other mod items work?
Most of the time they do, but limited. Mods that do not have a compat patch will most of the time work with the basic system, because the caliber can usually be read from the magazine classname. This can only be impaired if the magazine does inherit wrong GreenMag values from another magazine.
To register a non-supported magazine as one that needs belts to work, use this:
[["Magazin_A", "Magazin_B"]] call greenmag_main_fnc_addBelt;
If they requiered caliber does not exist, it won't work obviously.

Known Issues
- Removing an empty magazine from the weapons magazine slot through drag & drop will make the magazine vanish into the void.

You MAY NOT reupload this mod on the Steam Workshop. 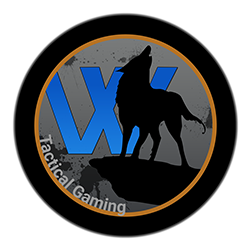 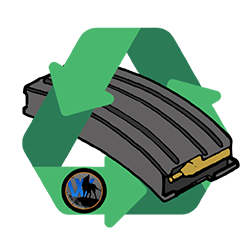 [Bug?] Bullets dropping on the ground even though there is space in bags/uniform
Omega12008
< >
109 Comments

BratalisticYT Jul 4 @ 7:12am
@cheerytwinkie im having the same issue. what mods are you running?

cheerytwinkie Jun 4 @ 3:06am
Hey im bugging ever time i try to reload my mag with ACE its "Your already doing something"??? im even using a rook or a Grach i guess

Tigerlover Mar 5 @ 10:57am
I found, that if I play for long time, then repack get bugged. It remove from magazine more ammo, than is in magazine and during filling it it will put into it all ammo, which I have.

DxG6767 Mar 1 @ 3:47am
Is there a green mag compatability with Universal Ammo system?

Spooped Hobs Nov 22, 2021 @ 4:20am
Hello, I'm using this mod in my recordings for the Arma 3 Single player campaign. My current issue is that when ever I load a 'new level, (EG, Camp Maxwell to Patrol), all the empty magazines I have are automatically refilled by the game. Is there a way to prevent this?