Store Page
Half-Life: Alyx >  Workshop > Manello's Workshop
This item has been removed from the community because it violates Steam Community & Content Guidelines. It is only visible to you. If you believe your item has been removed by mistake, please contact Steam Support.
This item is incompatible with Half-Life: Alyx. Please see the instructions page for reasons why this item might not work within Half-Life: Alyx.
Current visibility: Hidden
This item will only be visible to you, admins, and anyone marked as a creator.
Current visibility: Friends-only
This item will only be visible in searches to you, your friends, and admins. 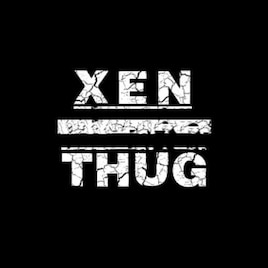 Manello
Offline
See all 68 collections (some may be hidden)

This item has been added to your Subscriptions. Some games will require you to relaunch them before the item will be downloaded.
Description
XenThug, the Horde Defense Gamemode releases NOW! The very first VR Mod for Half-Life: Alyx!
Find yourself again in the world of Half-Life: Alyx, but this time packed full with action, headcrab petting and flying sawblades! Get started today, install the mod and share your high-scores!


NOTE: Was originally created before the Workshop existed, you can find the original entry here:
https://steamcommunity.com/sharedfiles/filedetails/?id=2058494913

21.05.2020: UPDATE: Warehouse version 1.41 (Mod version: 0.45)
----- Implemented better debugging support
----- Fixed many positions where headcrabs could get stuck in (though not all of them)
----- Slight improvements on headcrabs spawning in front of you and teleporting to their positions very late

----- Known Problem:
Sometimes a new wave can spawn even if one enemy is still alive. Though this problem is now pretty rare after this patch!

16.04.2020: UPDATE: Warehouse version 1.2 (Mod version: 0.33)
----- Immortal or invisible headcrab blocking the mod from spawning next wave should appear less frequently
----- More time in between waves
----- Better sounds for signaling start and end of a wave
----- Crowbar now does some damage

In between fights manage your economy, collect money from the dead fools and buy yourself ammo, health and more at the four vending machines placed on the map. Brace yourself for the next wave, your highscore migh end right there!

Feel free to give me feedback about my mod, either in the comments or send me an email to me@manellos.online :)
Whilst you are looking forward to updates you might want to follow me on Twitter to get the latest news about new maps and mods!

@Valve, if you are wondering why this page is in the guides section, well release Workshop support pls as I don't have another good place to share!

A full guide on this gamemode, specific to the Warehouse map can be found here:
https://steamcommunity.com/sharedfiles/filedetails/?id=2069516071

Many thanks to Xelanater for creating this guide!

I want to use smooth turn, is that possible in this mod?
Yes it is! The game sometimes just doesn't use your normal user settings, so you might have to go into your settings again and change it to the desired mode.

Does the difficulty in my game settings affect this mod?
Nope.

Are there spoilers in the mod about the story of HLA?
In theory there is nothing you can get spoiled about in this mod, but if you wanna be sure finish your campaign first!

I installed the mod exactly like you described, but once I start the game I just end up in the main menu!
Well check again that you did everything corretly, step by step. If you are using other mods as well they might break mine, depending on what they do.

Can this mod be played in No-VR Mode / with one of the No-VR Mods?
In theory yes, but in this version, nope.

I am not able to find the shotgun!
You won't get it without the yellow key.

Where the heck is the SMG?
Look up high!

Am I able to exchange the health vial?
Nope sorry, not at the moment.

Will you implement upgradeable weapons?
I will, but I am not sure if this will happen before the official tools release.

Is there an end to this gamemode?
No there isn't. Once you fought against all available waves you will receive the very first wave again, but this time doubling it's life. So go in there and hunt down the high score!

If you want to create a map including this gamemode simply have a look at my Github page!
It is very easy to implement my mod on any map, so don't leave out your chance to expand your map by this gamemode.
https://github.com/Manello/hla_mod_XenThug

If you want to create content or expand the mod, or if you have any other questions feel free to reach out to me on Discord! Manello#1406
< >
112 Comments

ShubDrub Aug 20, 2021 @ 6:37pm
re skins dont work with the shops as when i press the buttons ammo dont come out even tho i have enough resin

Skummeh Mar 2, 2021 @ 8:39pm
Such a classic! I remember loving this back when we were on the alyxmods site before the workshop even existed. This map still holds up today and I enjoyed playing and reviewing it here: https://youtu.be/bRzKY3bWTjE

Note that the map is not balanced for Hard difficulty. You will run out of ammo on Hard. The FAQ states, "Does the difficulty in my game settings affect this mod? Nope." but that is not entirely true. While you won't have more enemies to fight, etc., you will have to use more ammo to kill enemies and will run out. I suggest playing this on Normal difficulty as a result.

shihdo Feb 14, 2021 @ 6:58am
Hi, really enjoying playing this but, i got to wave 10 and gat caught in a corner so my health depleted but i didnt die, managed to get out of it and reload, next wave 11 came and 4 grunts came out then nothing more, have i missed something i should have done? got the yellow pass and into the room but cant see a way to move on.

Manello  [author] Dec 13, 2020 @ 2:34am
@Tony Gunk thank you very much for your feedback! Nice to see someone playing the mod after such a long time.
For your question: There is no use for that organic energy cell atm, I planned for more features which would use it but as I stopped development I never came to the implementation.

For the Bug: Dang I am sorry to hear about no resin droppin on shattered enemies! Seems to be a new one due to game updates.

BT-Jaylex Dec 12, 2020 @ 9:01pm
Very fun mode, but one bug and one annoyance though. Any enemy that shatters on death isn't dropping any resin, that's armored headcrabs, headcrabs killed with the Shotgun, manhacks, and antlions. Those rounds kept me pretty low on ammo. And if the health dispenser vials aren't going to serve any purpose right now, why not replace it with health syringes for a lower price. There doesn't seem to by any way to heal after it's empty which is a bit limiting for runs. Maybe set up the vending machine to just delete the dispenser and respawn a new one.
One question though, what do I do with the organic energy cell after killing the lightening dog.