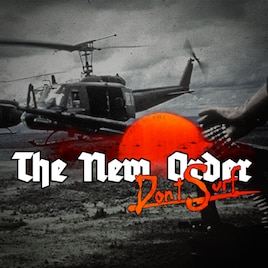 PacificaV
Offline
See all 191 collections (some may be hidden)

The New Order: Dont Surf is the second demo for the Hearts of Iron IV mod, The New Order: Last Days of Europe. This demo contains the following features, a small taste of what is to come in the final game:

This demo itself will get several content updates, possibly with the addition of some new nations in Southern Africa, though nothing is promised at this stage. Consider it a thank you gift for waiting with us through our delays.

Bugs
While we strove to polish the demo release, there is no doubt there are still plenty of bugs waiting to be discovered. Please report any on our Discord here: https://discord.gg/NUmjGny, or on the Steam discussion pages.

I WILL ANSWER ANY QUESTION ABOUT THIS MOD!
That Guy

George H W Bush Jun 7 @ 3:58am
For some reason. When i try to launch the official version of TNO. It keeps loading vanilla so i guess i have to just play this for now.

link Apr 18 @ 3:41pm
this is the demo. the full release is out now https://steamcommunity.com/sharedfiles/filedetails/?id=2438003901&searchtext=the+new+order

Son of Alejandro disciple/marti Feb 26 @ 8:37am
The Mod has more political ambiguity than the actual the development teams sexual orientation , fantastic ! 11/10