Store Page
Hearts of Iron IV >  Workshop > Naturenßie's Workshop
This item has been removed from the community because it violates Steam Community & Content Guidelines. It is only visible to you. If you believe your item has been removed by mistake, please contact Steam Support.
This item is incompatible with Hearts of Iron IV. Please see the instructions page for reasons why this item might not work within Hearts of Iron IV.
Current visibility: Hidden
This item will only be visible to you, admins, and anyone marked as a creator.
Current visibility: Friends-only
This item will only be visible in searches to you, your friends, and admins. 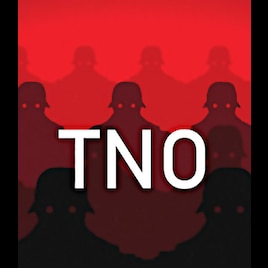 Naturenßie
Offline
See all 177 collections (some may be hidden)

This item has been added to your Subscriptions. Some games will require you to relaunch them before the item will be downloaded.
Description
Wolfenstein: The New Order

Hi. Sorry for not paying attention to this mod, even when many are asking me to return. The reason for my absence is because I am developing my own game. And it's public on Steam as of today. It would be a lot of help if you could put it on your wishlist.

CHECK OUT MY OWN GAME : The First Odyssey

THIS IS STILL A WORK IN PROGRESS
DESCRIPTION:
This mod essentially adds a new country based on the SS faction in the Wolfenstein series, allowing two players to play as Germany.
The New Order has a custom leader and flag, along with new custom generals, admirals, ace pilots and advisors/designers.

In a little depth is: Himmler has been granted the possession of the Waffen SS as you all know, but as he grow in power and being one of the most close to Hitler in his inner circle, he was granted the New Order, in which originally gave Himmler the power of using the states funds to further his researches on human experiments and genetical enhancement, that showed to be very useful especially when comes to the Hitler Youth section of the Reich.
With time, the New Order grew in size and power until it became almost a different country because of its different ideology and the worship of the Wunderwaffen.

WARNING:
- I know that the Axis can get ridiculously strong (K12N and Über-Soldaten) in late game, I'll be focusing soon on the Allies forces
- Also, anyone that want's to support translating the mod, feel free to contact me

NEW FEATURES ALPHA V0.2:
B.J Has been added into the as part of the focus tree of the united states.
For now he's only a national spirits, but i'll be adding events to the axis while he's active in any country

FUTURE FEATURES
Localize the Wunderwaffen mod: as of now the tech mod is very raw, with the equipments having no description, and yet there is no Wolfenstein unique tech, but they will be added very soon

COMPATIBILITY
-Personally I haven't tested with many mods, but the compability should be high, I'll keep posting as soon as I be sure of which mods are compatible here

-Possibilites of three leaders for the New Order :
-Stay with Himmler
-Choose Irene Engel
-Go for Deathshead
Each of them has a different approach and bonuses, for now there is no continuation of the focus tree for them, but I'll be adding them in the future

- Adds a new country (the New Order) based on the SS faction in the Wolfenstein game series, essentially splitting Germany into two countries (the New Order and the German Reich)

DISCORD
Feel free to join my discord and give me any suggestion.
https://discord.gg/5fYrJfw

ScotUK101 - Original creater of this idea and mod.
CRASH - Kept the mod alive updating until 1.7.1
Wolfenstein Creators - I do not own any of this content
You guys - Thanks for everyone giving suggestions and reporting issues that helps me a lot

Be aware that this is a one person job, It's a lot of work to make everything perfect, so there are many ways to exploit or break the New Order, as soon as I add enough features, I'll start polishing the mod

This is my first Hearts of Iron mod and as such the MrKmproductions modding tutorial series was extremely useful as an introduction to modding with Hearts of Iron 4.
https://www.youtube.com/watch?v=zTQiB5z0Plo&list=PLBGZyYzya9TUnpm8XTmbIbSabungljqzk&index=1

MAKE SURE TO CHECK MY NOTEPAD++ SYNTAX LANGUAGE

If you have some knowledge in hoi4 modding, just add me and contact me, any help is welcome.Also any issue report ou suggestion you may have, just do the same, add and contact me.
Popular Discussions View All (2)

claraswatforce Aug 5 @ 2:03pm
chill people the author has their own game to take care of

Als Jul 15 @ 5:40am
This mod is awesome but The Research tree is broken and basically it is unplayable!!!

Xx8TYLER8xX Jul 8 @ 3:37am
Research tree is broken, can't even open it bruh fix this shit

Darkz1 Jul 1 @ 3:57am
The research tree is broken. You can't properly research as you can't see the various things.