Store Page
Euro Truck Simulator 2 > Guides > 76561198011050575's Guides
This item has been removed from the community because it violates Steam Community & Content Guidelines. It is only visible to you. If you believe your item has been removed by mistake, please contact Steam Support.
This item is incompatible with Euro Truck Simulator 2. Please see the instructions page for reasons why this item might not work within Euro Truck Simulator 2.
Current visibility: Hidden
This item will only be visible to you, admins, and anyone marked as a creator.
Current visibility: Friends-only
This item will only be visible in searches to you, your friends, and admins.

Especial thanks to Menacing Scarab for buying me the game and some DLCs!!
StoneFire!☭ thanks for your giveaways too!
And thanks everyone for making this sharing so awesome.
I will be updating this mod in every version for this great community :)

Added a link to other mod (NOT MINE) Seat adjustment no limits.
Click here to go to the Workshop Collection
Click here to see the old thread

Optional: How can you do it yourself? (Written by Deputy_Dawg) bit outdated

Check this cool guides too!

Seat adjustment no limits by satan19990 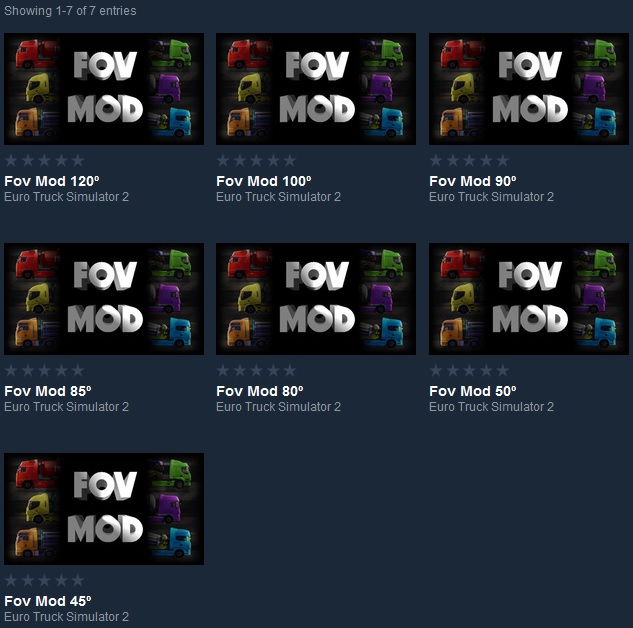 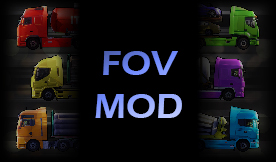 Includes every latest changes made by SCS in the cabin of each Truck.

NEW Version (30 oct 2016)
Please, use the steam workshop version of the mod for the latest updates. Thank you!
http://steamcommunity.com/sharedfiles/filedetails/?id=755062527

Version 1.11
Version 1.9 works with 1.10
Version 1.8
Version 1.7
Version 1.6
2nd step
Since 1.19 Update, you can now you just place (or replace/overwrite if you are updating) the ZIP file in
C:\Users\YOUR_USER\Documents\Euro Truck Simulator 2\mod
Just like in the image below. 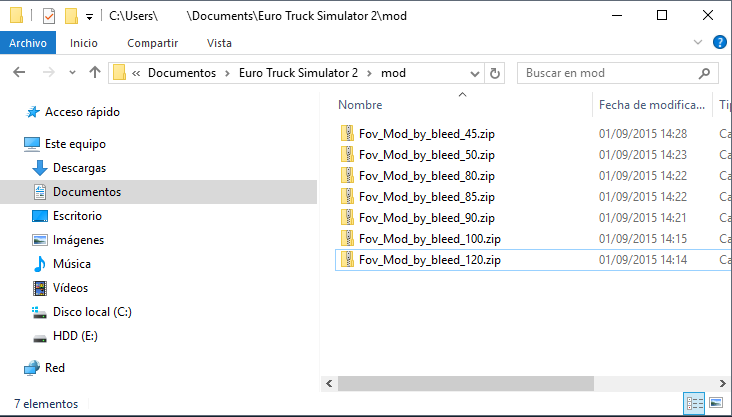 I realise this thread is one of many, many similar threads discussing the best technique to alter the "field of view" (fov), however, I would like to thank Bleed and also Vilmos from racedepartment.com for getting it right!

I have spent countless hours over the last week or so trying around a dozen different mods, where the authors claimed it would change the view out of the cab. None of the mods I tried made any difference. I was about to give up and had resigned myself to driving my Scania with the default view, which felt as if I was driving with my nose pressed up against the windscreen.

Finally I came upon this discussion and by using the information on both this and the racedepartment.com thread, I was successful at last.

I had to combine the two sets of advice to get the result I wanted, so I thought I would share the procedure I used. This method works with Steam version 1.8.2.5

I have written this "in detail" with newbies in mind...

(3) Copy the scs extractor utility into the temporary folder.

(4) Open the root directory where the base game is installed.
It might be: C:\Program Files (x86)\Euro Truck Simulator 2

The Steam default directory for installed games is usually this:
C:\Program Files (x86)\Steam\SteamApps\Common\

(5) Locate the file called def.scs and copy it to the temporary folder.
It's important not to alter the original file as that could mess up your game installation.

(6) The scs_extractor.exe file and the def.scs file must be in the same folder for this to work.

(8) The scs extractor program will open a black Command window while extracting the compressed files from the def.scs file. Do not close the Command window manually, wait for it to close automatically (it may take a couple of minutes to run, depending on your PC spec)

(10) In your temporary folder, delete all the files and folders in the root, except for the "def\camera\units" folders and the "interior" files.

(11) Just to clarify, the path to interiors is: def\camera\units. Keep only the eight files named "interior_<name of truck>.sii"

(12) You can edit all the interior files if you have the time, or just the one that is relevent to the truck you're driving. Open the sii file with Notepad and use the Edit/Find function to navigate to the text which says "camera_fov: 77"

(15) Navigate back to your temporary folder and compress the folder called "def" using 7zip, WinZip or similar. This creates a file named def.zip

(16) Rename def.zip to custom_fov.scs (or some other name you prefer).
I called my mod z20_Scania_fov_90.scs as I wanted it near the end of the load order. All mods are loaded alphabetically, hence the "z" at the beginning of the mod name. The function of the load order is discussed on other forums if you need more info on that.

Thanks again to Bleed and Vilmos for taking the time to post this info.
Gallery

Hey guys, I was surfing SCS Forum and I found a very useful mod.

I didn't tried myself but "... allows adjustment of the seats in any position in interior, available in all trucks by SCS. In addition, the mod increases limits rotation of the camera to the right and down..."

I think that some of you would prefer this method over mine, so here It is. Click here if you want to learn more about this.[forum.scssoft.com]

Raven Dec 26, 2016 @ 4:07am
Still needs something, the slider only goes to 90 degrees and some of the cabs require 100 or greater to see both mirrors. I don't want to use the virtual mirror for the right side view. Game version 1.26 was a step backwards for me in that respect. SCS Software tech support has been no help so far after 9 emails back and forth which takes 2-5 days between each email.

Blido, thank you for an unmissable mod we wouldn't have wanted to be without.

Roadrunner Nov 11, 2016 @ 6:18am
Great news that they finally implement adjustable FOV in the vanilla game, but thanks for taking the time and giving us the opportunity to fix the FOV by the means of your mod up til now =) Cheers!