Store Page
Conan Exiles >  Workshop > hades's Workshop
This item has been removed from the community because it violates Steam Community & Content Guidelines. It is only visible to you. If you believe your item has been removed by mistake, please contact Steam Support.
This item is incompatible with Conan Exiles. Please see the instructions page for reasons why this item might not work within Conan Exiles.
Current visibility: Hidden
This item will only be visible to you, admins, and anyone marked as a creator.
Current visibility: Friends-only
This item will only be visible in searches to you, your friends, and admins. 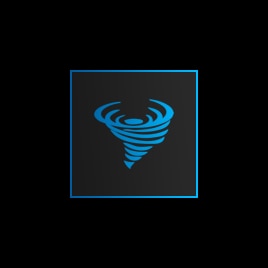 hades
Online
See all 928 collections (some may be hidden)

This item has been added to your Subscriptions. Some games will require you to relaunch them before the item will be downloaded.
Description
Discord Link[discord.gg]

Important Info
It should be noted that there is currently a bug in the games default sandstorm script which can cause an invisible sandstorm when logging into multiplayer games.

Since this mod adds additional routes and allows you to increase the sandstorm frequency, this bug can become more apparent when running SandstormEx.

Sandstorm Extended is a mod that gives admin's more control over the Sandstorm frequency and the damage taken from the storm. In addition, the Sandstorm becomes more dangerous than ever due to added routes that have been added throughout the desert region. By default, there is only 1 main path the Sandstorm takes. We've added 4 additional routes in addition to the vanilla path. All 5 routes are chosen at random and can come from virtually every direction.

Please note, admin server changes to the buff configurable options will not take affect while a player is affected by the sandstorm buff. The buff changes will be applied the next time the player has the buff refreshed on the character.

SnowstormEX
This mod is compatible with its sister mod, SnowstormEX. It is highly encouraged to use both as it makes the Exile Lands more exciting and dangerous than ever. Link to that mod is here.

Legal
This mod contains assets (art, music, code, items, systems and/or designs) that are the intellectual property of Funcom Oslo AS or their licensors

Old Version
For those that need the previous version to connect to servers that have not updated yet.
download[drive.google.com]
Popular Discussions View All (4)

hades  [author] Nov 21 @ 8:14am
@RAYEN [Expert Scientist ]
I've just tested this in SP and the AI is worked fine, did you have cloak activated in the admin menu as this will prevent the AI from attacking you

Multigun  [author] Nov 21 @ 7:53am
The mod just spawns the monster in, it doesn't do anything AI related. Meaning, the game controls the monster fighting, we don't.

RAYEN [Expert Scientist ] Nov 21 @ 4:44am
I like this mod, nice work!
I tried monster spawning features. Every time, I was in the sandstorm, some spawning npc was freezing, dont fight me.

I'm using both at the same time with my solo playthrough
Maybe there is server releated incompatibility, but on this point, i don't know.

Capybari Sep 25 @ 4:00am
Hey is this mod compatible with "Severe Weather"?

I know how modding works and I didn't expect it, it's a big surprise!
I'll try to use them both at the same time, I'll come back here to give some feedback on this, once my mouth is full of sand

Varrgas 2.0 Sep 18 @ 12:36pm
Really Nice to answer me so quick ^^
I was using Lore Friendly Sandstorm but sadly i think both mod aren't compatible because both are using some identical file

thx for this mod and for your time ^^