An online multiplayer survival game, now with mounts and mounted combat, set in the lands of Conan the Barbarian. Survive in a vast open world sandbox, build a home and kingdom, dominate your enemies in single or multiplayer.
$39.99
Visit the Store Page
Most popular community and official content for the past week.  (?)
Steam Free Weekend for Conan Exiles!
May 14
Always wanted to try Conan Exiles but did not quite dare to take the jump? Want to invite your friends to play with you?

We got you covered! Download Conan Exiles for free this weekend, and check out the savage and awesome world for yourself! Or get your friends on board and face the survival experience together. What better time than now?

From the 14th of May until the 18th of May, you have the opportunity to check for yourself what Conan Exiles has to offer. 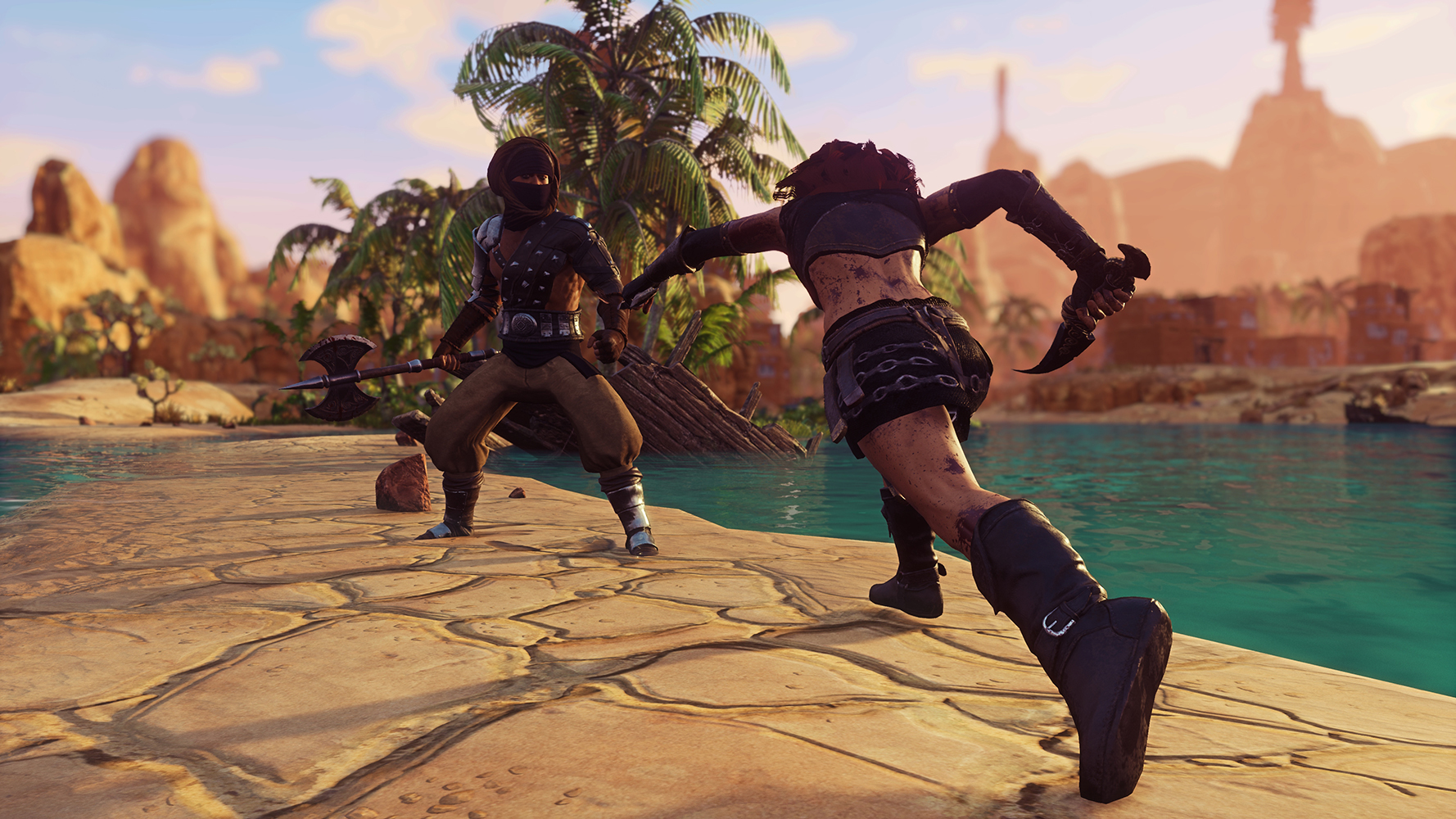 Be it exploring the exiled lands on mounts, build your dream house (or a whole city), dominating other players in PVP, or exploring the grounds for hidden dungeons and mighty beasts.

The options are many. It is your story to explore and create within the universe of Conan.

You can also check out the latest improvements and addition to our follower system. You have a lot more control of your followers and can both use a mount and a follower at the same time. 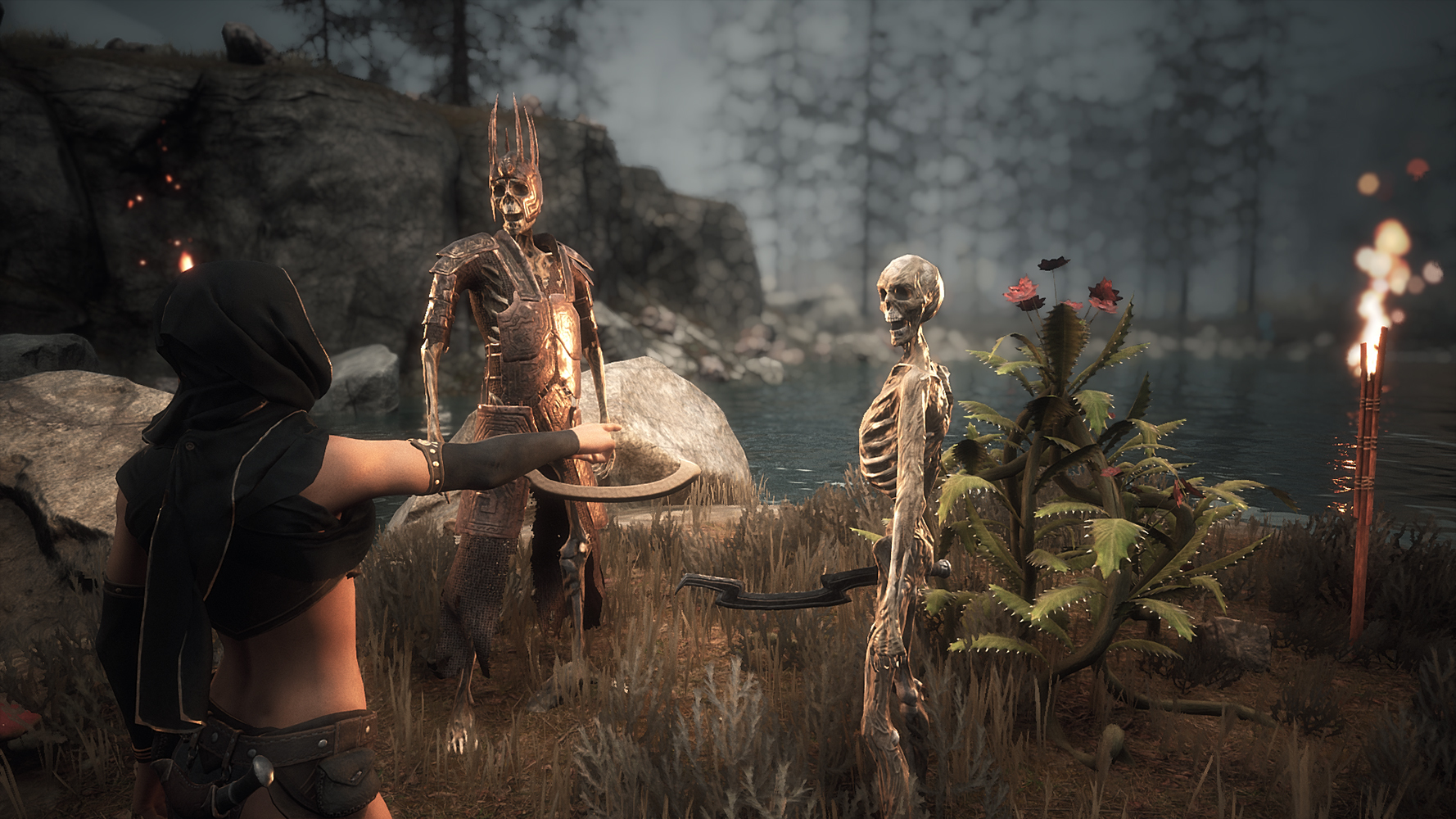 To enter the Exiled Lands, simply click the “Free” button on the Conan Exiles Store page and you’ll be all set. While you’ll lose access to the game once the free weekend is over, your progress will be saved and you can start right off where you stopped should you decide to become a permanent resident. The game is currently also off by 50%!

Interested in all the latest updates? Check out the official Conan Exiles[www.conanexiles.com] website or read the latest news right here <link to latest blog post with follower and argos info>.

We do hope to see you in the Exiled lands, and we hope you enjoy the free weekend alone or with friends. We are excited to welcome you as part of our amazing community.

Don’t hesitate to share your experience with us to our Twitter or Facebook[www.facebook.com] and don’t forget to join our official forums[forums.funcom.com].

Conan Exiles
22
224
passive resources from thralls
Why there is still no game mechanic or "building" where you put thralls in to get passiv ressources over time (stones, iron, wood) or maybe as a mod ? a sawmill for wood, a mine for iron or a hole on the ground, a simple quarry for stone. We have thrall...
1

We’re releasing a new hotfix addressing some of the most reported issues after our latest update. In particular, we’re focusing our attention on some server crashing issues that have been reported over the weekend, as well as a few problems with followers where they would die out of falling damage, or follow too close. We’ve also sneaked in an exploit fix and a visual fix to an issue that would cause nearby entities to move as if they were stuttering.


Thanks for your continued feedback, and stay safe!

Please remember that updates can mess with your installed mods. We suggest taking a backup of your current database before updating to any new patch if you have mods installed. 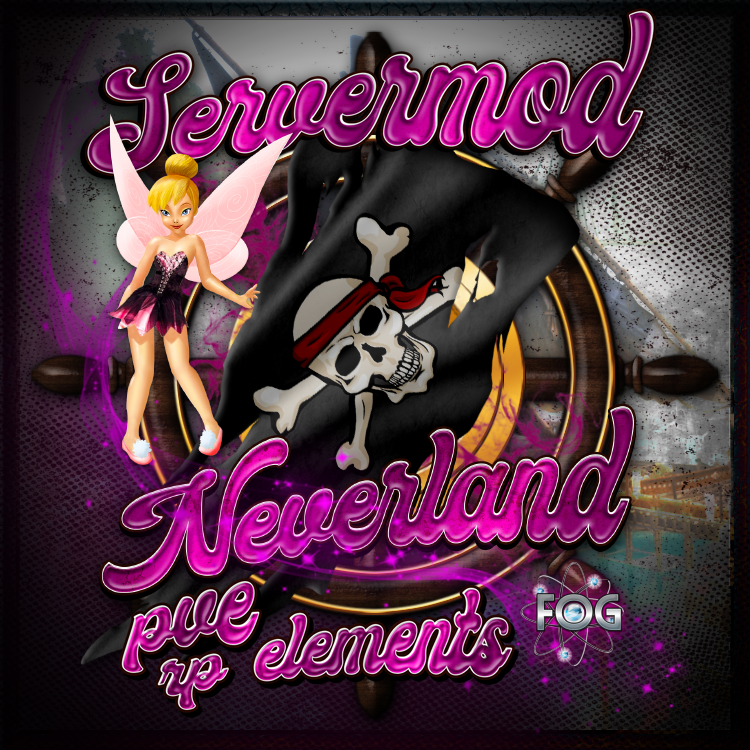 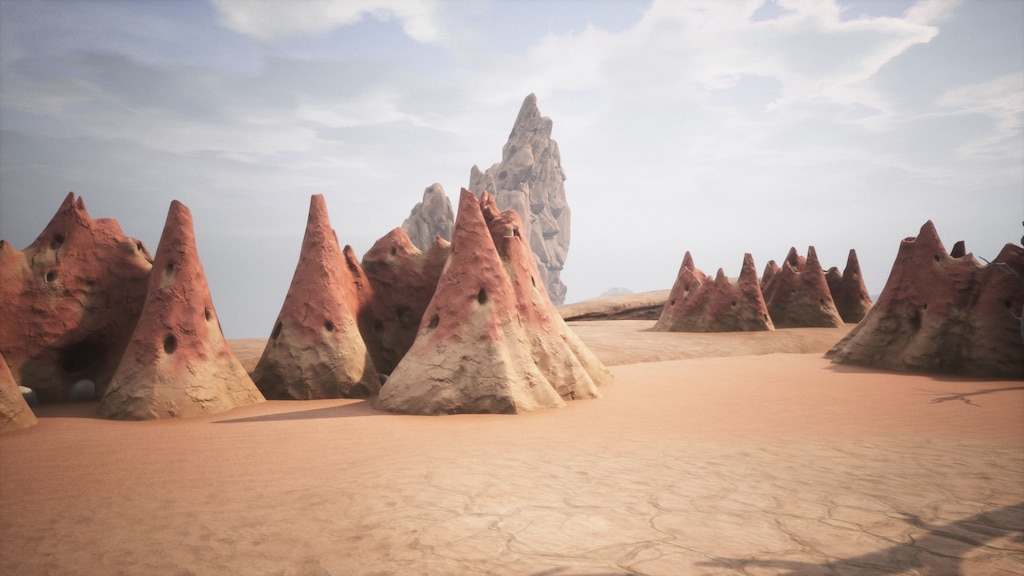 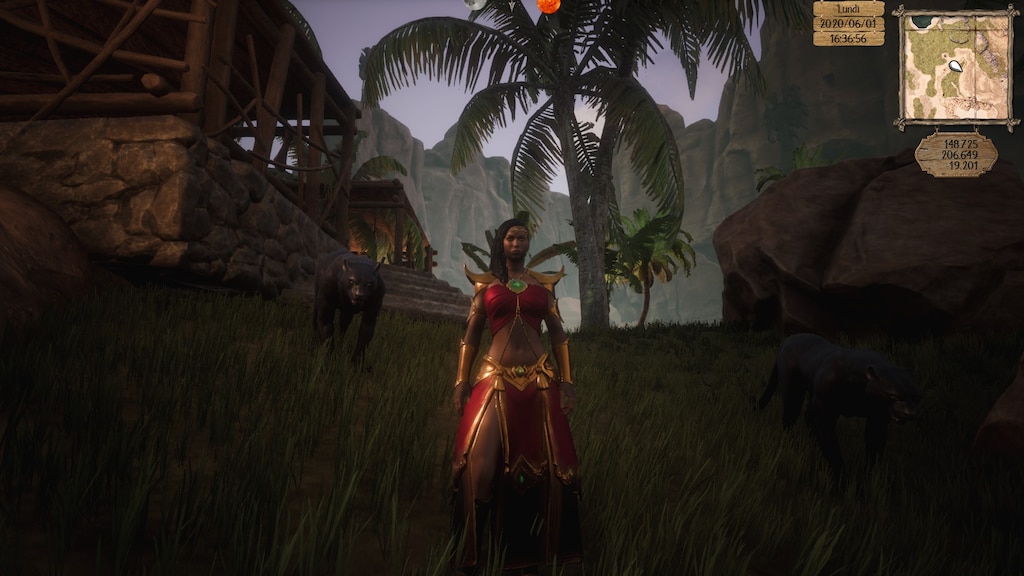 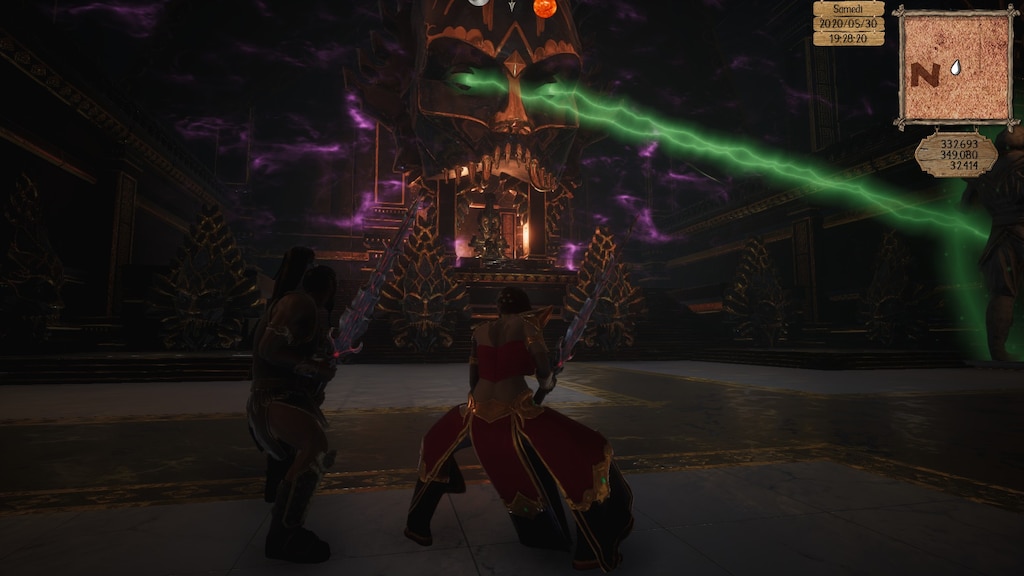 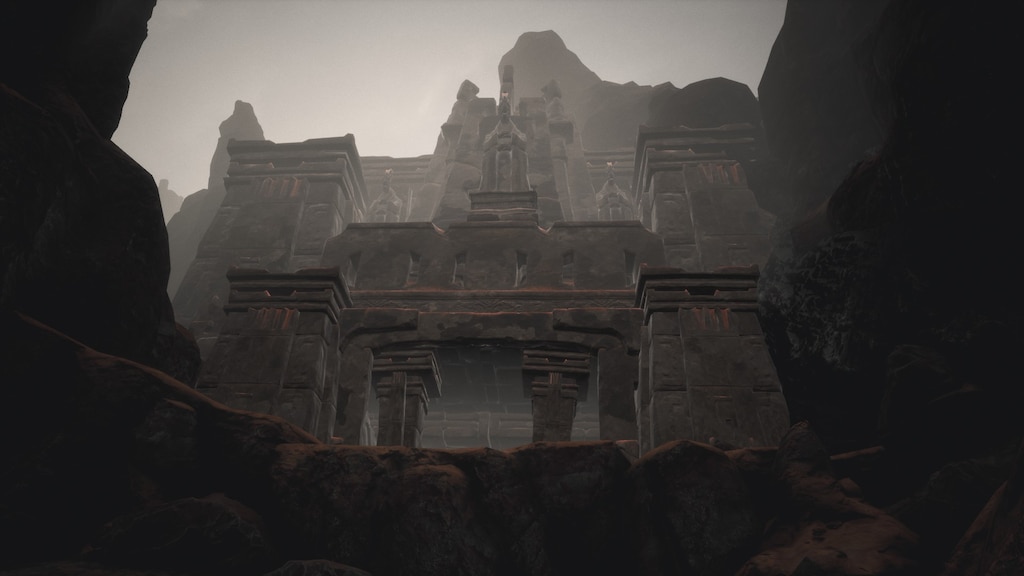 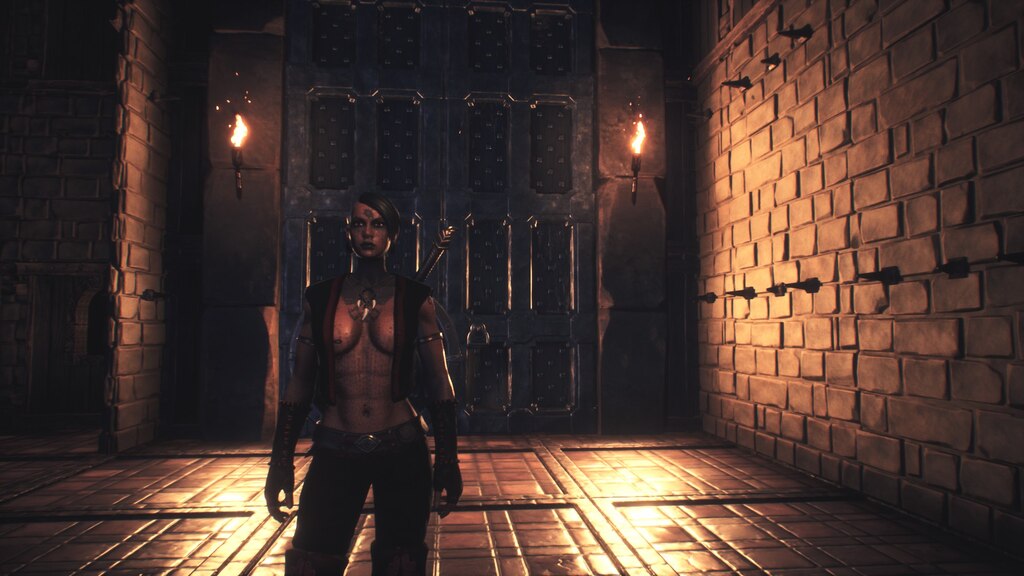 Understanding Armor Penetration [REVISED]
A guide on what armor penetration is, its relations to armor and damage reduction, and some rough numbers on damage increase using varying amounts of armor penetration. Revised to include real weapon damage results.
1

We’re releasing a hotfix that aims to address some of the performance issues observed during the deployment of our latest update, particularly the CPU usage spikes. We’re also including a couple of AI fixes for followers.

Thanks for your ongoing support. Stay safe!

Please remember that updates can mess with your installed mods. We suggest taking a backup of your current database before updating to any new patch if you have mods installed.

Not Recommended
708.0 hrs on record
I really wouldn't recommend it. The game is unpolished as hell, you will constantly run into issues (not exclusive to my client) such as:
-Being eaten by the floor causing you to constantly fall through it indefinitely because the game didn't load collision properly, making you have to relog a few times in hopes you fix it.
-Having your NPC ally fall out of the world, having NPCs stuck on stairs, Being stuck in a chair with the only escape being suicide.
-NPCs zipping around at high speed, absolutely no AI aside from "run up to the player and press attack".
-Having your character's cloth and hair physics completely freeze because you didn't use the right height, and the physics on said objects don't scale well.

Hey, you know those cool weapons they show on DLCs? Well tough luck! Even if you get them you're not gonna use them, the game has preset legendary weapons that anyone with a right mind uses instead because "numbers".

Alas and alack, if you've read this far you might still be searching for positives, so here they are:
+The game has great weapon variety, emphasized only with mounted combat. Anything from katana, javelin, pike, shortsword, longsword, greatsword, maul, axe, mace, greataxe, bow with many many types of arrows, shields, claws, daggers, and possibly others I've neglected. All of these weapons come with their own unique combos and it's great.
+Absolutely beautiful climbing mechanics, any surface can be climbed with the exception of interiors of PvE dungeons.
+Visually pleasing and intuitive building mechanics, which in some cases revolve around trying to counter climbing.
+Decent amount of modability means you can still search for extra content on the workshop, when you are done with vanilla.

Overall, this game is not worth the money. I deeply regret getting into it, and any hopes I had of the above issues being fixed felt like urinating in the wind when I saw the same issues posted years ago with the only responses from a community manager being "We know, we can't fix it, but we'll send another note to our dev team".

Not Recommended
114.2 hrs on record
The game is pretty fun but the purge is absolutly ♥♥♥♥♥♥♥t... i works weeks to get my base and animals and thralls. then the purge came and destroyed 50% base and killed 90% of my thralls and pets. couldnt even come close to killing the boss. was not enjoyable at all. made me very discouraged to continute playing the game 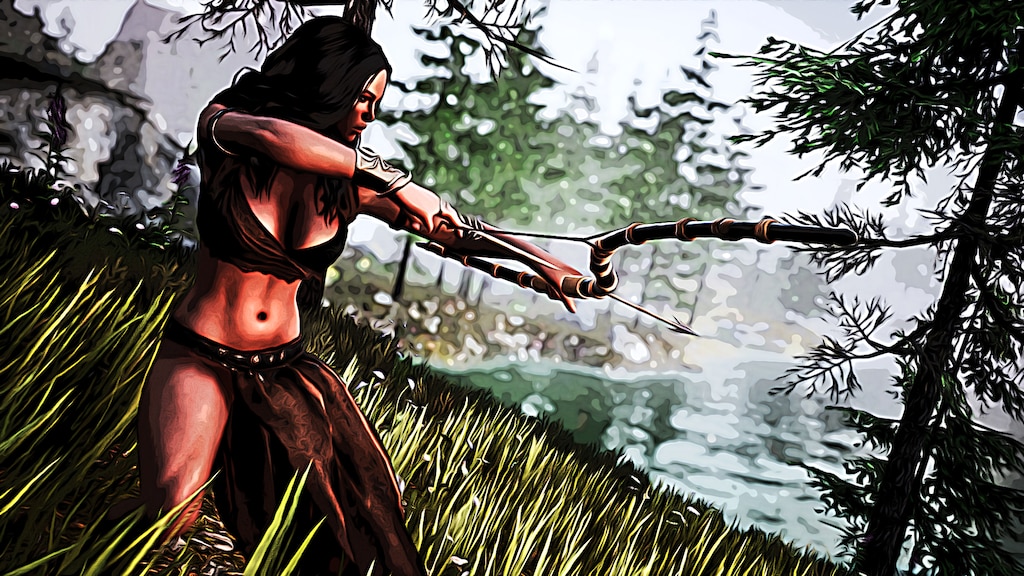 Recommended
100.2 hrs on record
I can't speak for playing on a populated server with people that I don't know, but as far as solo play/co-op with some close buds, I love this game. I was put off at first by the similarities between Conan and Ark, but being a longtime fan of most things Funcom, I gave them a chance and I like what they've done with Conan better than what I experienced giving Ark a "shot". Unlike other survival/crafting sandboxers out there, this delivers in the PvE department. IF you expect to solo play/just a few friends, you may need to modify certain difficulty aspects to make boss fights fair, or even achievable. The other beauty of Conan lies within the workshop, which you will find mostly everything you need to customize whatever experience you're going for. Highly recommended. 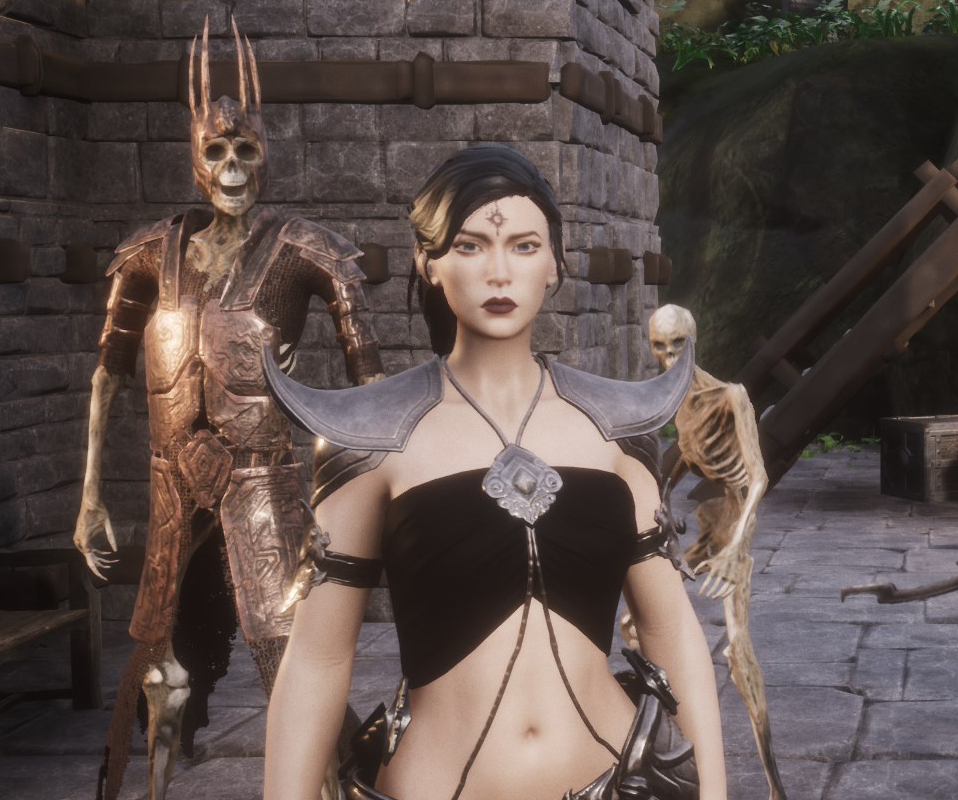 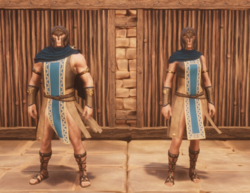 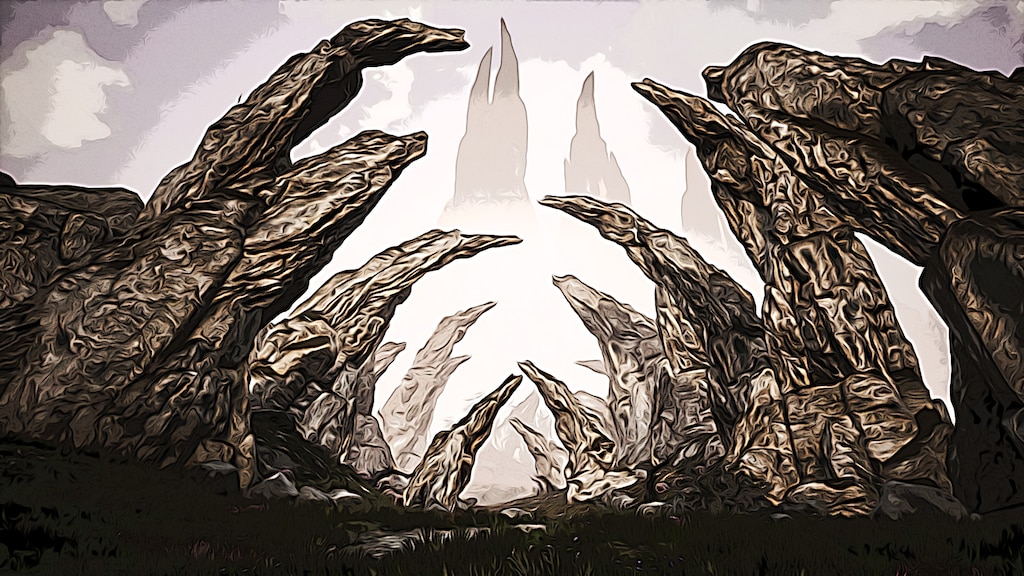 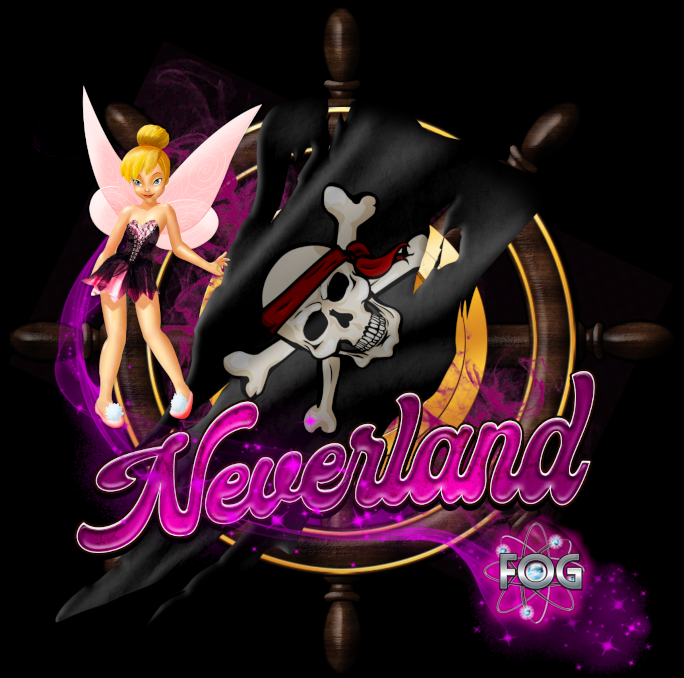 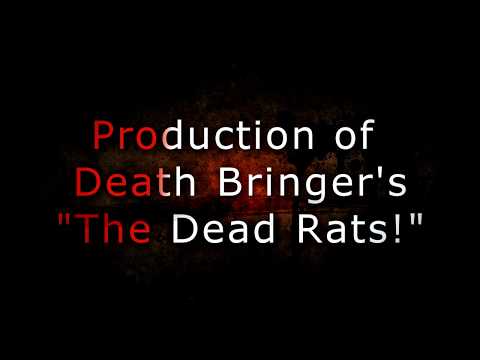 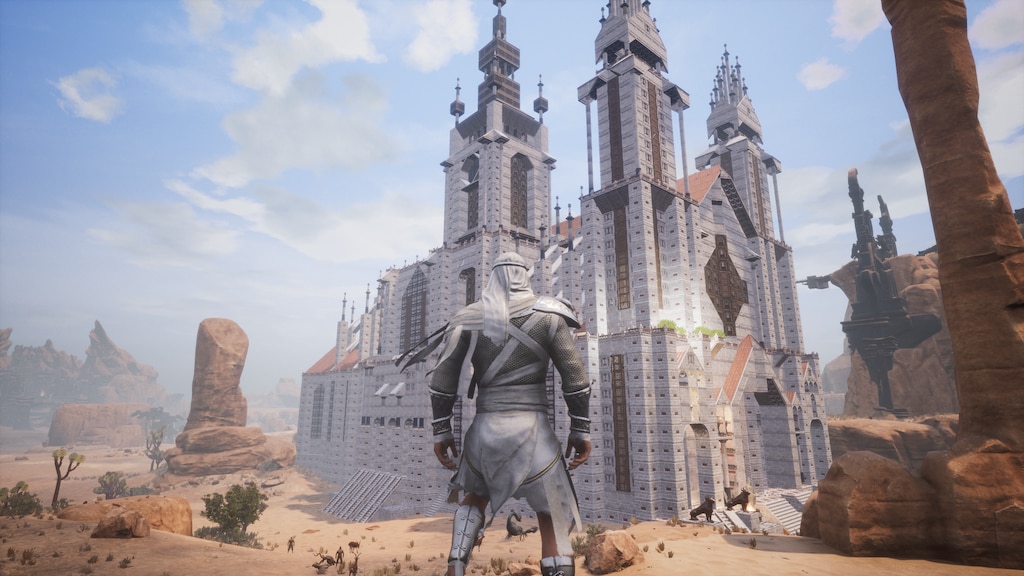 Conan Exiles - A Guide for Beginners
A guide designed to better prepare you for your first steps into the Exiled Lands. Vanilla-friendly.
0

0
3
ESAV Server - All Kinds of Combat

korgfoehammer
View videos
NO NO NO FUNCOM
Uninstalling the game the next second you apply the new single player mode which you are testing right now. There's no necessity to force people to stay connected or to have a connection to internet when playing to a single player game. This is absolutel...
22

NeCLiaH
1 hour ago
General Discussions
Coming thrall nerf and boss changes.
So they nerfed bosses HP and thrall health and damage, but I'm not really seeing a difference, it plays nearly the same, time to kill is a little more or less in some boss fights, but they said they wanted us to be the focus of the game instead of thralls...
13

Blast (AKA LostAmI)
Jun 1 @ 3:39pm
General Discussions
Purge Question
What determines the difficulty of the purge? I made a base up north and for my first purge got attacked with one wave of berserkers and destroyed a lot of my clans stuff. Is it determined by the location? How do you know what the difficulty level of the s...
7

Zhainne971
15 hours ago
General Discussions
End-game armor question
What are the best armors to craft from the improved armorer's bench ?
6