ARK: Survival Evolved>  Workshop > Kraken:1's Workshop
This item has been removed from the community because it violates Steam Community & Content Guidelines. It is only visible to you. If you believe your item has been removed by mistake, please contact Steam Support.
This item is incompatible with ARK: Survival Evolved. Please see the instructions page for reasons why this item might not work within ARK: Survival Evolved.
Current visibility: Hidden
This item will only be visible to you, admins, and anyone marked as a creator.
Current visibility: Friends-only
This item will only be visible in searches to you, your friends, and admins. 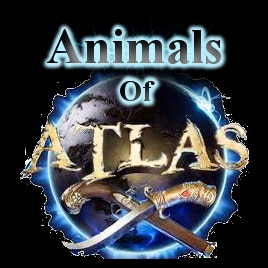 Kraken:1
Offline
See all 1839 collections created by Kraken:1 and other people (some may be hidden)

This item has been added to your Subscriptions. Some games will require you to relaunch them before the item will be downloaded.
In 1 collection by Kraken:1
Krakens Lair Community Server Mod Collection

This mod imports Atlas Creatures into Ark, giving them their own identity and abilities. The focus will be largely on the actual animals of Atlas rather than the more fantastical monsters, although I may add them in eventually.

For the current abilities of the creatures added, spawn codes, and future thoughts and plans for the Atlas creatures, please see here:

LOOK! A LINK TO THE SPAWN CODES ^^^^ Where'd that come from? Oh! It's always been here!

If you encounter a bug with this mod, please let me know all about it here:

Spawns on those maps with a history of farms (Ragnarok and Valguero 'Scotland' areas) and in desert areas (Scorched, Rag, Ext) also has a small chance of replacing a Phiomia spawn on any map where Phiomias spawn (2%), Genesis Lunar Biome caves

Spawns in most caves on the Island and those maps that make use of the same cave cave spawners (Rag and Center) Forest Cave and Wastelands on Extinction, Caves and Dunes on Scorched Earth, Dunes or Desert Region of Ragnarok, White Cliffs Plains on Valguero, Genesis Bog Biome

Spawns in Jungles (Island, Center, Ragnarok, Valg) the bottom of the Wyvern Trench (SE) the Biolum (Aberr) and the more dangerous parts of the City (Extinction), Genesis Volcano Biome

Spawns alongside Maibalaena and has a symbiotic relationship with them.

Spawns on Aberration in the Fertile land area, the Extinction Forest, The Center Snowy Grasslands, and those maps that use the base Grasslands Spawner (Island, Ragnarok, Valg), Genesis Volcano Biome

Spawns in Snow areas with access to penguins (Island, Center, Ragnarok Not currently on Valg due to overspawning issues) Genesis Arctic Biome

Currently not set up on any spawners, admin summonable only

Spawns in all Oceans

Spawns on Scorched Earth in the Green Desert Areas, and on Ragnorok and Extinction in the Desert areas, also in the Jungles of those maps that use the base Jungles Spawners (Island, Center, Valg), and the Jungles of Ragnarok, Genesis Bog and Arctic Biomes

Spawns on Scorched Earth in the Green Desert Areas, the Savannah on Valguero, and on Ragnorok and Extinction in the Desert areas, Genesis Volcano Biome

Many thanks for taking a look at and subscribing to this mod, if you like it don't forget to give that Like button a good ol' clicking, and why not check out my other mods too!

As always, I raise a glass to my homies over at the Ark Modding Discord, whose wit and wisdom occasionally sinks in. Big thanks to my main man UpFromTheDepths for all the support, and Eyaexiu Oli for just being such a massive help and wonderful person.

And a massive, massive, gargantuan THANK YOU! to my fellow mod creators Myrmecoleon and Lethal without whose help large parts of this mod just wouldn't work!

For up to date info on my modding endeavours, including update announcements, sneak peeks, and other stuff, join the Kraken's Lair Discord server here:

Massive love to all my Patrons and donators, you're all wonderful!
Popular Discussions View All (11)

Thx i added in my game ini the line bAllowFlyerSpeedLeveling=true.
I found it on google, didn't knew Ark added that allr.
Thx alot, its working too, no speedstats but you can lvl the speed onto them.

I really like your mod alot, i have ever a q for you, would it be possible to add in your ini's, so you can lvl up your speed on the birds, most mods the flyers have speedstats, and in the ini's you can put them on true or false, so the admin can choose him or herself to change it onto the server.
The other mods i have do have it, and your bird don't, it would be nice to have it on them too.
Thx alot and greetings, i really would appreciated alot if you could do it.

正在无限装逼的霸王龙 May 4 @ 4:23am
Could you add Elephant

Saika Kadaki May 3 @ 11:28pm
will you be adding the atlas spider in? i freaken love the model but if you plan on making it a skin in BD that would be just as good

Why Watt Apr 26 @ 10:39am
Are content additions to the mod still being worked on?

Lord of the Hold Apr 8 @ 3:28pm
@verbalentities have you done a dinowipe? or done a killing spree to force new spawns?

VerbalEntities Apr 7 @ 2:16pm
Does this mod work on a current world. I loaded in my world with the mod (singeplayer btw) and have not seen any yet. the spawn command works I tested it but no sign yet.

KonaManta Mar 22 @ 9:29pm
Does anyone know good ini for making the livyatan naturally spawn? I'm not very familiar with spawn containers and any help would be rad
< >